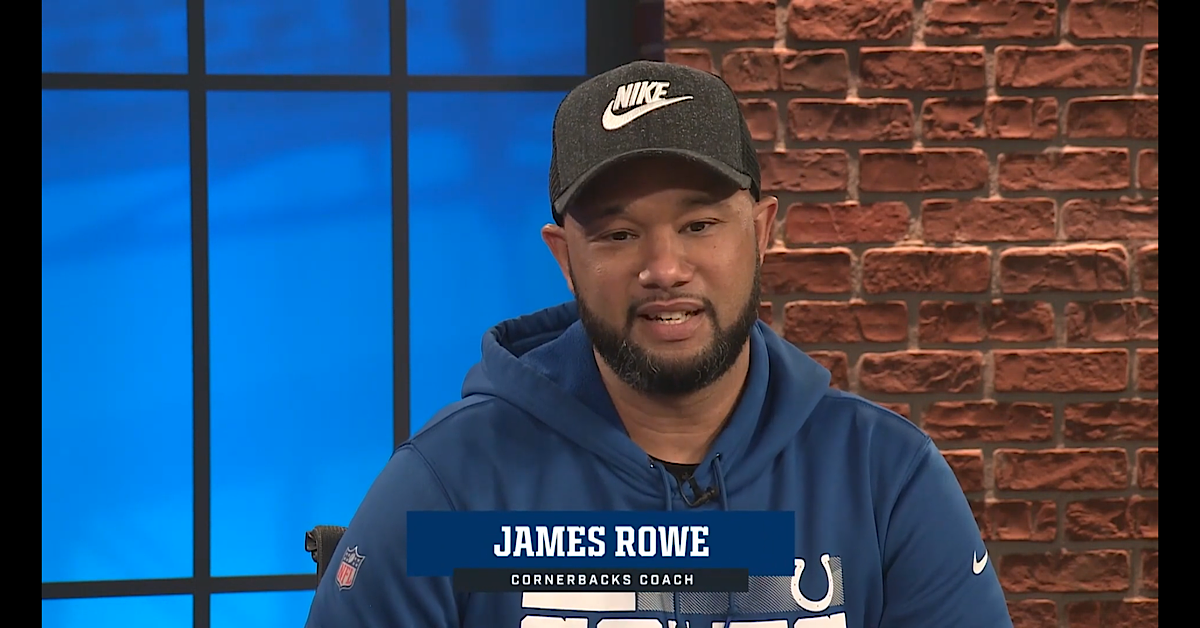 Matt Eberflus continues to fill out his coaching staff with some old friends.

The newest member of the Chicago Bears coaching staff is James Rowe, per Rowe’s own representatives:

Rowe becomes the fourth former Colts assistant to jump ship and take their talents to Chicago. But unlike Alan Williams, Dave Borgonzi, and David Overstreet II, Rowe doesn’t have a lengthy history with Eberflus. In fact, Rowe was in Indianapolis for just one season. And it must’ve been a season in which Rowe left a good impression for Eberflus to bring him on board.

Here is what we had to say abut Rowe when he first came on our radar shortly after Eberflus’ hiring:

Despite having just one year in Indianapolis, Rowe has 15 seasons of experience (including four in the NFL). Three of those years came with the Washington Football Team. But Rowe has been a standout coaching defensive backs at Appalachian State, Valdosta State, Jacksonville University, and at the University of Florida.

The Bears being the beneficiary of a mass exodus from Indianapolis has its perks. For instance, Eberflus having a handful of trustworthy lieutenants to run his defense should free him up to be the CEO-type head coach he says he wants to be. As for Rowe, specifically, bringing in a coach who had a hand in a solid secondary that didn’t have much in terms of high-profile players at cornerback is a nice touch.

Chicago’s football team figures to re-work that room with some new faces to go along with returning starter Jaylon Johnson. And while Johnson is a nice building block, there is a ton that needs to be done. What was once a Bears strength took some steps back. Nothing some transactions and a bit of hard work can’t fix. Of course, Rowe can’t go out and play for these Bears. But if he can help get more out of this position group moving forward, we’ll all look back fondly at the hire.

For some more on Rowe, check out this introductory video on YouTube he did with the Colts last year.