Robert Quinn and Jakeem Grant Sr. Are Living It Up at the Pro Bowl Skip to content 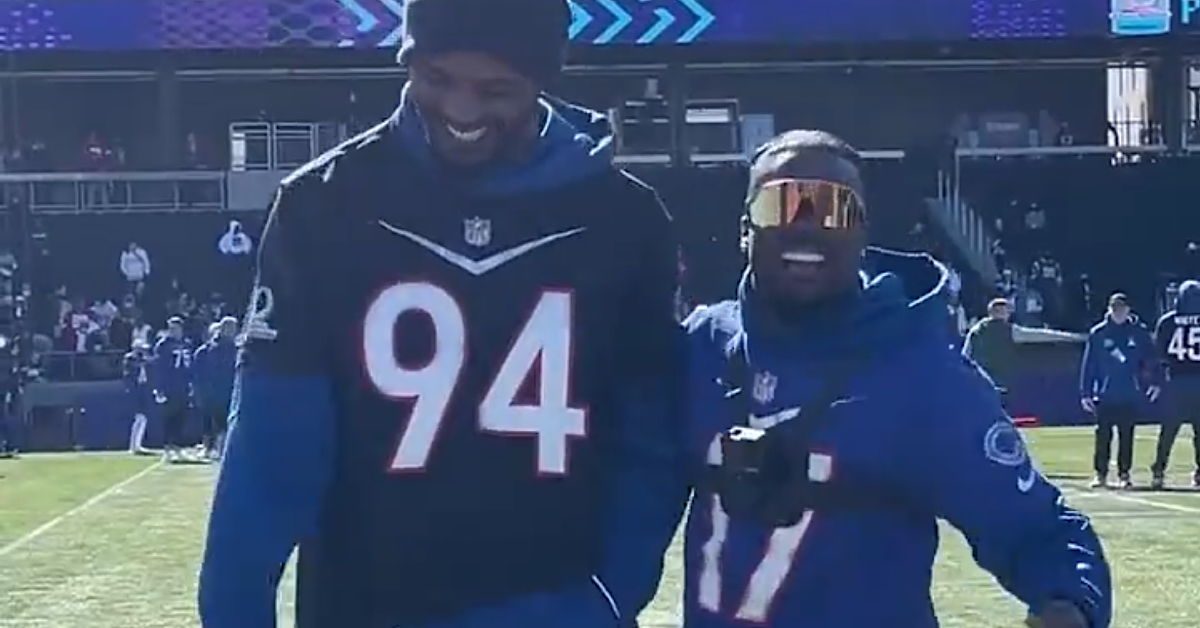 The last year was a trying one for Bears fans.

Following a team that saw injuries pile up, fail to find answers for why its offense was throwing one clunker after another, won just six games despite a 3-2 start, and ultimately saw the general manager and head coach sent packing was a drag. You know it. I know it. But we got through it together. I knew we could. And I knew we would.

However, let it be known that the season wasn’t a total loss. And we shouldn’t lose sight of that.

So if you were needing a reminder of how it wasn’t all bad, allow Pro Bowlers Jakeem Grant Sr. and Robert Quinn help out:

Look who we found… pic.twitter.com/1YzXJgNJ6H

There is something about the pure joy that is reflecting from the smiles of Quinn and Grant that put my mind in a good place as a football fan. It’s a nice reminder that football can be fun and enjoyable. Not just for us, but also for the players. Nothing wrong with them having some fun, too. After all, they deserve it after what they were put through last season. And we enjoy one last opportunity to watch them, even if it is just an exhibition game.

Kudos to Quinn and Grant. In even what was one of the toughest years to watch, these two Bears made it enjoyable. Quinn put up the best season for a sack artist in Bears history, breaking the Bears single-season sack record. As for Grant, his electrifying addition gave us these moments:

On top of that, their efforts were rewarded with a trip to the Pro Bowl. Well-deserved, might I add.

I imagine the bonus money is nice. As is the recognition that comes with being a Pro Bowler. But also, the camaraderie that comes with interacting with your fellow Pro Bowlers and one last bit of game action is a nice prize. All-star games should be fun, and I hope these guys enjoy it to the fullest.