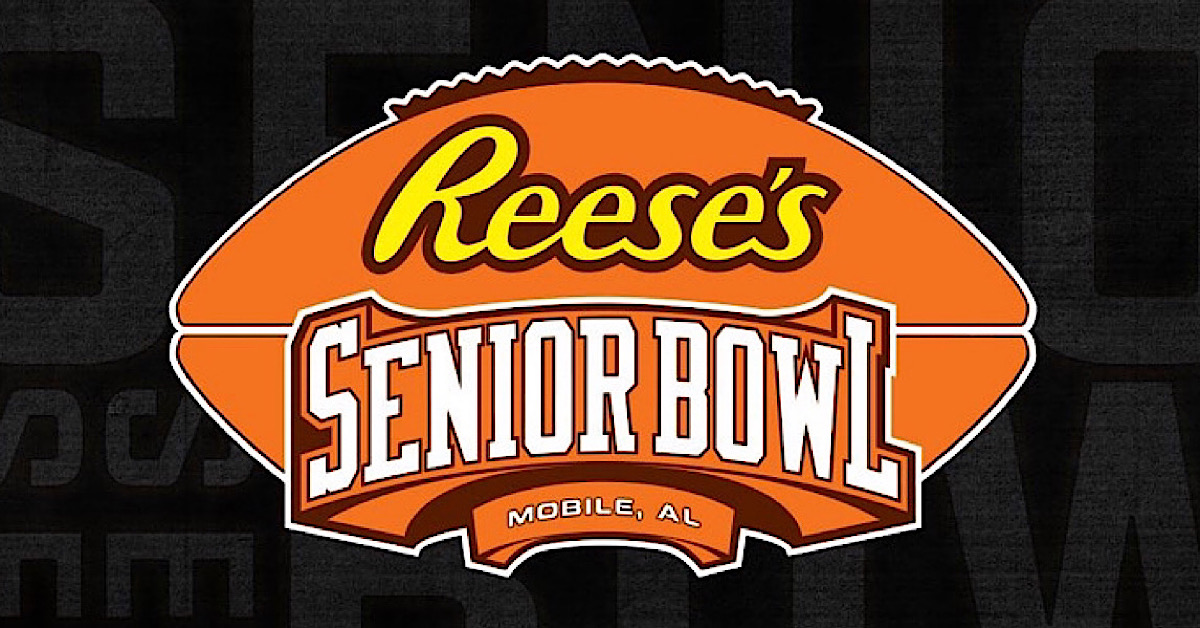 My favorite taco joint in the city finally foundsits way onto the social media realm by joining Instagram. I think I’ll celebrate their newfound social media stardom with a trip there soon.

•   With a fresh set of eyes running the show as general manager and at head coach, the new-look Chicago Bears are off on their first major assignment — the Senior Bowl:

•   Even when the Bears don’t have a first-round pick, Senior Bowl Saturday remains one of my favorite days of the year. There is nothing like spending an afternoon watching some of the best NFL Draft prospects, identifying possible Bears fits, and enjoying one last morsel of college football until next summer.

•   Daniel Jeremiah (NFL Network) shares who he believes to be the big winners at Senior Bowl week. And, as one might expect, there are a handful of players at positions I’d consider to be “needs” for the Bears this offseason.

•   For instance, Northern Iowa offensive tackle Trevor Penning caught his eye as someone who was handling himself nicely against defenders. Penning is Jeremiah’s No. 25 prospect, which might put him out of the Bears’ range. Then again, we’ve seen first-round caliber talents fall to the second round. And we’ve seen the Bears benefit from that drop. Elsewhere on offense, Boise State receiver Khalil Shakir was impressive in his own right. Shakir earns an Amon-Ra St. Brown comp from Jeremiah, who says the Boise State product “looks like a ready-made NFL slot receiver.” The Bears don’t have one of those, so it would be nice to snag one in the draft.

•   Over at CBS Sports, Ryan Wilson examines some of the defensive standouts at Senior Bowl week:

•   The name that stands out to me is Auburn cornerback Roger McCreary. SEC corners already know what it is like to square off against high-profile, high-upside pass-catching talent. Considering the Bears’ needs at the position, his draft stock could be worth keeping tabs on this offseason.

•   Alex Shapiro (NBC Sports Chicago) points out six Senior Bowl players the Bears could have eyes on in today’s game. It’s a collection of talent featuring two offensive linemen, two receivers, a linebacker, and a cornerback. You could make arguments for the Bears focusing on any number of positions as priority spots. But improving in the trenches and out wide should be at the top of the list. Hence, highlighting some receivers, corners, and offensive linemen worth watching today.

•   Todd McShay and Jeremy Fowler have nuggets and tidbits from what is going down at Senior Bowl week. It’s an E+ insider article, so I won’t share too much. But one player who stood out made a lightbulb go off above my head like a cartoon. And that’s the mention of Boston College offensive lineman Zion Johnson. McShay said of Johnson that he isn’t just the best interior lineman this week, he was the best player. Fowler made note that Johnson caught the eyes of several scouts and coaches. Wouldn’t it be something if Ryan Poles (who was an offensive lineman at Boston College) chose Johnson (a Boston College product) with his first-ever draft pick? That would be a trip!

⇒   Only one team — the Giants — hasn’t had a winning season or made the playoffs in this stretch of years.

⇒   The Vikings (22) chose the most players, but part of that is due to the volume of picks. Minnesota has made 57 picks since 2017. The Bears have just five picks in this upcoming draft. Feels like a good time to mention that it could be valuable to have more picks, to take more shots, and position yourself to have a higher hit rate.

•   All right, so drafting Senior Bowl talent doesn’t equate to Super Bowl supremacy. But there is ample evidence that drafting these players will be more helpful than hurtful.

•   Michelle Bruton (Bleacher Report) shares six prospects whose NFL Draft stocks are on the rise after their performances at Senior Bowl practices. Boston College OL Zion Johnson (who we mention above) makes the cut, as does fellow offensive line prospect Dylan Parham from Memphis. It feels like the case for most years, but it bears repeating that it feels like there are always great mid-to-late-round value players who make a name for themselves at the Senior Bowl. Here’s to a new Bears regime finding, drafting, and developing them.

Every player at the @seniorbowl is getting a 1 of 1 NFT of themselves, produced & minted by @PaniniAmerica.

Some of the players are betting on themselves, holding it in hopes that the value rises. All of them were surprised & intrigued by the unique gift. https://t.co/zyohLniB5J

•   The *OTHER* bowl game happening this week:

Showing love in the desert. 🌵 pic.twitter.com/2wjDZj9VDv

•   Speaking of defensive coordinator hires, the Seahawks are reportedly set to promote Clint Hurtt into that role in Seattle. NFL Network insider Ian Rapoport adds former Broncos defensive coordinator Ed Donatell could be joining the group as a consultant. It’s worth noting that Hurtt was a Bears assistant from 2014-16. And you might recall Donatell was a Bears assistant who was interviewing to replace Vic Fangio after he left for the Broncos gig after the 2018 season. No wonder there’s been Bears connections with Donatell and Sean Desai.

•   Desai didn’t get the Raiders DC gig, so there will be no Champ Kelly-Sean Desai reunion party in Vegas. But it doesn’t mean Desai isn’t still a popular candidate. Desai is a candidate for the Giants opening, per Rap Sheet. I’m all for the clean breaks in Chicago, but I still would’ve had an interest in Desai returning (if the feelings were mutual). The Bears defense didn’t live up to the lofty expectations they always set for themselves. But that group didn’t totally bottom out, which is a testament to the players and their coaches.

•   Always nice to see the Bears give back to the community:

•   I’ve never seen baseball fans come together like how they did when Joe West’s retirement was made official.

•   Ayo Dosunmu put the entire state of Indiana on a poster last night:

With a chance to put the game away, the 38th pick does this.

•   Gary Bettman is always out there reminding folks that he is willing to make a run at MLB’s Rob Manfred to be the least popular commissioner in North American professional sports: