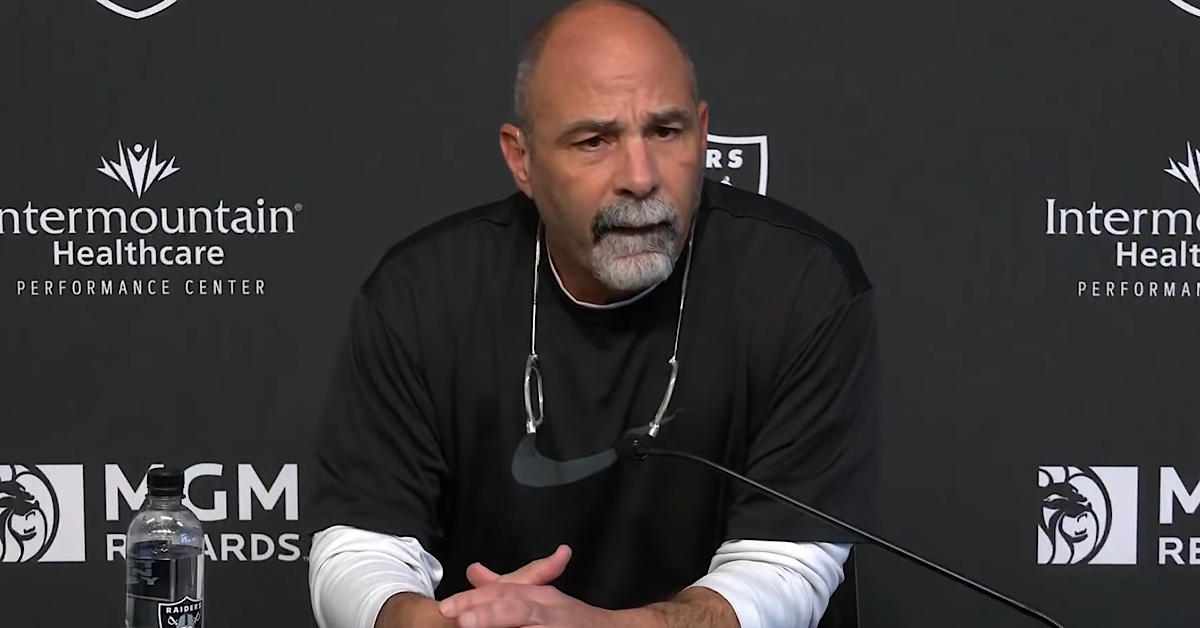 Rich Bisaccia might be the Chicago Bears’ top choice to be their next special teams coach, but it’s not as if he won’t have options.

And one of those options could be that arch nemesis up north:

#Packers coach Matt LaFleur has been in talks with Las Vegas Raiders special teams coach / interim coach Rich Bisaccia bout becoming the #Packers' special teams coach, according to two sources. Packers will have to pay a lot to get him and they may be willing to do it.

Milwaukee Journal Sentinel reporter Tom Silverstein tweets the Packers have been in contact with Bisaccia regarding the team’s opening at special teams coordinator. Because, duh, that group stunk last year.

If you’ll recall, a woeful showing by Green Bay’s special team was a key cog in the team’s playoff elimination. Aaron Rodgers’ subpar play had something to do with it, too. But the return yards, blocked kicks, allowing a special teams touchdown, and watching the season end on Robbie Gould’s foot sticks out. Hence, the Packers’ interest, head coach Matt LaFleur’s involvement, and the note from Silverstein underscoring how the Packers seem willing to pay through the nose to get their man. And now, I’m wondering if the Bears shouldn’t be of the same mindset in order to keep their top target from signing on with their arch rival.

Bisaccia has been a hot name on the rumor mill during this hiring cycle. He interviewed for the Raiders head coaching job, but that went to Josh McDaniels. The Jaguars passed on him, too, hiring Doug Pederson to be their head coach. That leaves Bisaccia in a place where he can choose the best landing spot for him. And for a moment, it felt like the Bears were a clear and obvious choice. But what might’ve felt like a sure thing is anything but. Now, it is conceivable that Bisaccia could set off a bidding war between NFC North rivals. Go figure.

On the one hand, it is funny to think about going to battle for a special teams coordinator. But on the other hand, Bears fans know better than to discount that aspect of the game. Plus, it might be nice to bring someone onto the staff who has prior head coaching experience. Sure, it was only in the interim in Las Vegas. But that could be helpful for a first-time head coach like Matt Eberflus. So, let’s not overlook the significance of the Packers’ interest and involvement with Bisaccia. Nothing like another Bears-Packers matchup to spice up the early part of February.