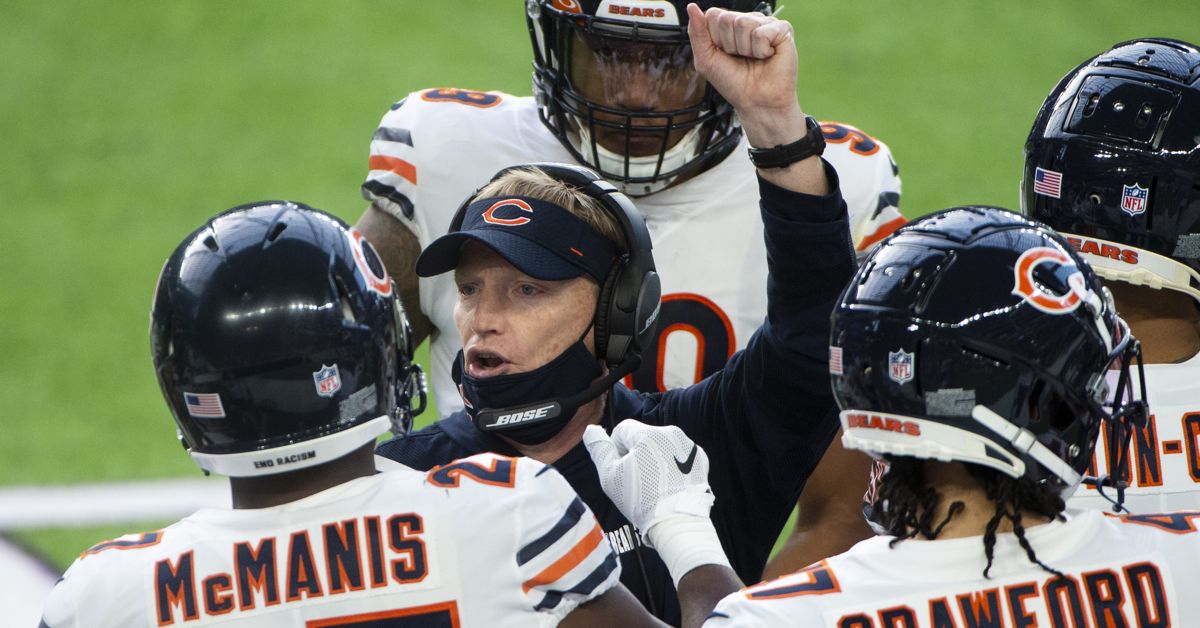 Only two more Sundays left with football. Yes, I’m counting the Pro Bowl. No, you don’t have to watch it. But maybe something weird will happen. Besides, you’ve watched worse football games.

•   The Chicago Bears have a new special teams coach, but it isn’t the guy you might’ve been otherwise expecting. No, it isn’t Rich Bisaccia, who Brad Biggs (Tribune) reported the Bears was hoping to coax into joining the team. Instead, it will be Richard Hightower running point on special teams operations. Last month, we saw Hightower’s unit put on a masterclass at Lambeau Field and push the Packers out of the playoffs. And yet, this news will be a bummer to some, especially when considering how Bisaccia joins Joe Brady as another high-profile assistant coach option who was connected to the Bears but won’t be coming to Chicago. The optics aren’t great as far as that goes. But I won’t be losing sleep over Hightower getting the gig.

•   Don’t get me wrong. Bisaccia was the most interesting candidate, in my opinion. He had prior connections with new head coach Matt Eberflus and ample experience coaching special teams. One thing I liked most about Bisaccia is that he had head coaching experience. Sure, it was limited in the form of an interim head coaching position this past season. But I felt as if that might’ve been something nice for a first-year coach to lean on. Ah, well, nevertheless.

Special teams rankings via @RickGosselin9's system from past 4 years:

Hightower is getting a good unit. Let's see what he can do with it. #Bears #49ers

•   … but on the other hand, there is a fluidity about the special teams unit. That group has so much change yearly, that I wonder if the rankings are more representative of team-building than it is a single assistant coach. In other words, while the Bears might’ve been short on high-end starting caliber talent, the role players who make up the special teams made the most of their time in the third phase. Think of players along the lines of DeAndre Houston-Carson, Joel Iyiegbuniwe, Christian Jones, and Deon Bush. Gotta give credit where it’s due. Ryan Pace did a bang-up job the last few years in rounding out the roster and turning the special teams into a strength. It’ll be up to Ryan Poles to do the same.

•   Part of me wishes Chris Tabor would’ve hung around long enough to see things shake out. Keeping some continuity would’ve been nice. Although, I understand why he was quick to jump to a gig with some certainty. Then again, that Matt Rhule thing in Carolina feels like it is hanging by a thread. So … maybe there is a future interim head coach title in Tabor’s future with the Panthers. We’ll see.

•   After updating our Bears offseason hires post, a thought came to mind. One thing I thought Matt Nagy was good at was hiring (and promoting) minority assistant coaches. With that in mind, I was hoping Eberflus would follow that path. To that point, the Bears have brought in two Black coordinators (Hightower, Alan Williams), two Black defensive assistants (James Rowe, David Overstreet II), and one Black offensive assistant (Tyke Tolbert). Also, it is worth noting that Poles and his top lieutenant (Ian Cunningham) are hires that fall under the umbrella of pushing for diversity in the organization. All this to say that while the NFL has its issues when it comes to hiring and promoting diversity and inclusion, seeing this trend with the Bears feels like a small step toward progress. Again, this isn’t to say the system is fixed (let alone working). But it is worth pointing out.

•   Chicago’s Pro Bowl representatives are having fun in Vegas:

Gave @_TheDreamIsHere the GoPro yesterday & it did not disappoint. #ProBowl pic.twitter.com/lFTNbHBStL

•   Jason Lieser of the Sun-Times has been getting good background on some of the new guys at Halas Hall from Pro Bowlers who knew them well:

Chiefs OT Orlando Brown on new Bears GM Ryan Poles:
“He’s incredible at what he does and he understands the development of offensive linemen, specifically — I know that. Everybody in the building had nothing but positive things to say about him. Very much respected."

Colts LB Darius Leonard gave me a sharp rebuke when I jokingly asked if he's glad he won't have to hear about Matt Eberflus' HITS acronym anymore.

Weighty words from a big star–https://t.co/vGqE6d36TQ

Colts DT DeForest Buckner on Matt Eberflus–
"Flus was a great coach. I loved his philosophy & being all about playing fast. Guys bought into it, and the foundation he left is great…

“He’s definitely a calm guy, easy to talk to, very approachable. The Bears are in good hands.”

•   I wonder if the Bears dodged a bullet in not jumping into the Harbaugh sweepstakes. Because this just doesn’t reflect well on him:

Life lesson for everyone out there: When you act like a d*ck for a month straight and treat people as commodities rather than real human beings, all things Jim Harbaugh did, dont be surprised when they do the same right back to you https://t.co/upby6mJjSp

Just got a text from someone I trust: Josh Gattis isnt the only high profile assistant that is pissed off with Harbaugh over the last month and looking to get out.

Harbaugh is basically Lenny from "Of Mice and Men." Had something beautiful in his hands and absolulely squashed it

In a text to some Michigan players, Josh Gattis said, “Unfortunately the past few weeks has told a different story to me about the very little appreciation I have here from administration. In life I would never advise anyone to be where they are not wanted…”

•   Books, sheets, skin care, water bottles, and more are your Deals of the Day at Amazon. #ad

•   Size matters, so it makes sense the Bulls have an interest in this big fella: