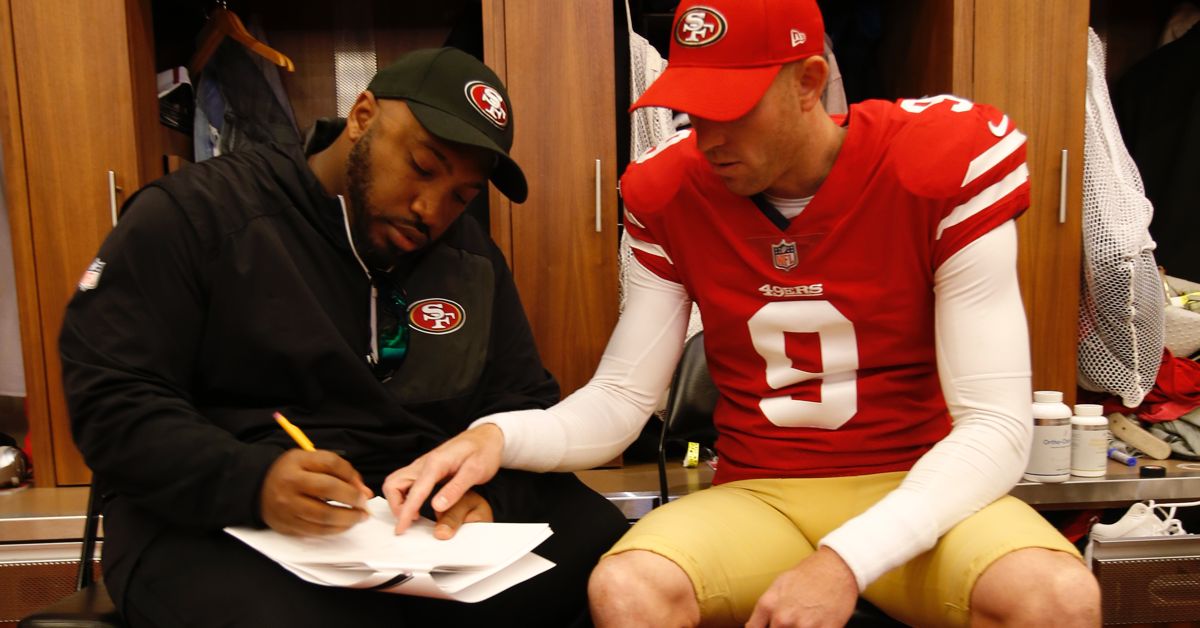 During the NFL postseason’s divisional round, we saw the 49ers special teams put on a clinic against the Packers.

Soon enough, the coordinator of that group will be joining the Bears, where he’ll get ample cracks at the Pack:

So much for that Bears-Packers bidding war for Rich Bisaccia.

As first reported by NFL Network insider Tom Pelissero, the Bears are bringing in Richard Hightower to be their next special teams coordinator. Hightower was most recently in that position in San Francisco. In fact, he had been in that position since the beginning of the 2017 season. Before that, Hightower spent one year in Chicago as an assistant special teams coach on John Fox’s staff in 2016. In other words, this isn’t Hightower’s first rodeo in Chicago.

The 49ers ranked 25th on Rick Gosselin’s 2021 NFL special teams rankings list, 27th in 2020, and 19th in 2019. Meanwhile, the Bears were ninth in the most recent set of rankings. And judging by the eye yet, were the only group to get better each season. The drop-off that feels like a cause for concern upon news of the hire. But it wasn’t all bad in San Francisco last year. Opposing kickers made just 77.7 percent of their kicks against the Niners, which put them in the top-5 of Gosselin’s rankings. And the three takeaways by 49ers special teams was tied for the most with Buffalo, Seattle, and Indianapolis (where Matt Eberflus is coming from). And the seven special teams penalties were the third fewest in football. Again … it wasn’t *ALL* bad.

It will be interesting to see how the Bears special teams unit shakes out moving forward. Kicker Cairo Santos is under contract, but there are many loose ends to tie up elsewhere. For instance, what will the Bears do with return ace Jakeem Grant Sr.? Ryan Pace traded a future sixth-round pick for Grant, who will be a free agent next month after putting up a Pro Bowl season in Chicago. Punter/holder Pat O’Donnell and long-snapper Patrick Scales are free agents, too. There is always ample turnover in this aspect of the game. So, we’ll see if Hightower can build his own special teams juggernaut with the Bears.