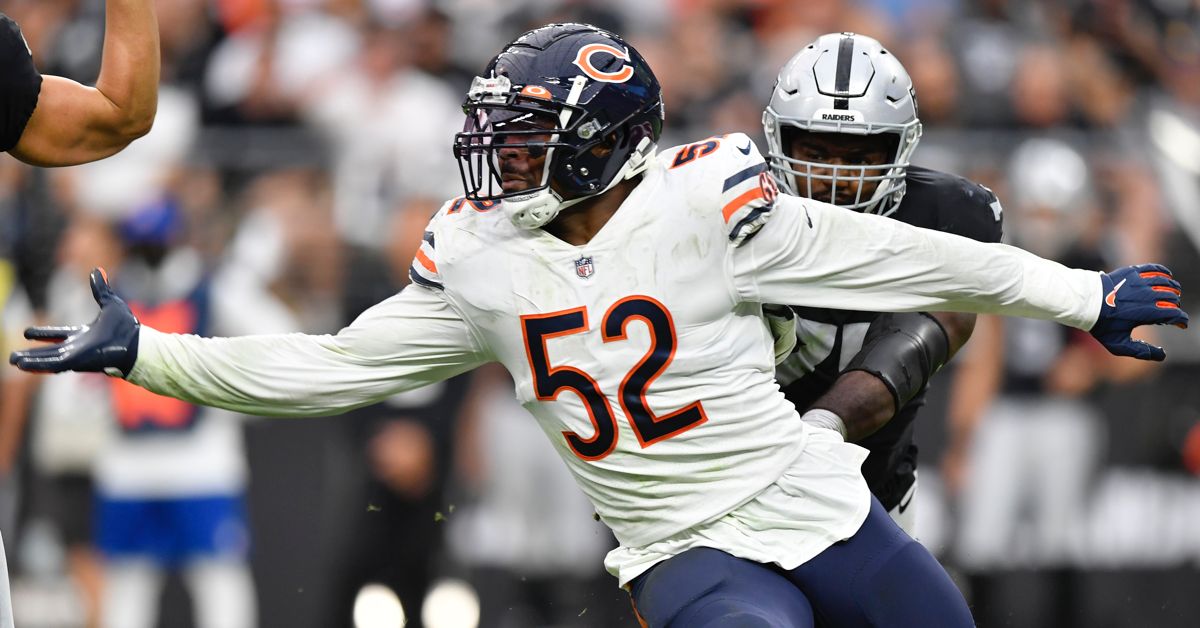 I’ll admit that I’m digging the steady drip that is the Bears assistant coach hiring cycle. It feels like we’re getting a new assistant coming through every day. And to this point, there hasn’t been a hire that leaves us or struggling to understand why they’re jumping on board.

The #Bears are hiring DL coach Travis Smith, source said. He has. spent the last several years with the #Raiders.

Rapoport reports the Bears are bringing Travis Smith on board to coach defensive linemen. It is a promotion for Smith, who has spent the last three seasons as the Raiders’ assistant defensive line coach. In Chicago, Smith will get the full boat of duties. And considering the change in alignment from 3-4 to 4-3, this means he’ll get a chance to coach Khalil Mack and Robert Quinn (who are going from being pass-rushing outside linebackers to defensive ends). So, uh, yeah, I’d consider this to be a premier job in football.

Smith has 10 years of experience coaching with the Raiders, so joining the Bears will be a new experience. Then again, when you think about how Smith’s time with the Raiders goes back a decade, that means he has crossed paths with Mack in the past. In other words, at least there is some familiarity in that regard. More recently, Smith was lending a helping hand to a defensive line starring Maxx Crosby. The third-year Pro was a fourth-round pick in 2019 and is coming off a Pro Bowl season. Crosby, 24, had 8 sacks, 13 tackles-for-loss, and a whopping 30 hits last season. Pretty darn good if you ask me.

For what it’s worth, the Raiders defense blitzed the least (82 times) but were tied for the third-most quarterback knockdowns (68), according to data from Pro Football Reference. That seems like a testament to getting through with the big guys up front winning in the trenches and at the point of attack. Hopefully, Smith brings that gnarly style with him from Vegas. And maybe one of those fancy cocktails in tall glasses. Hey, don’t give me that look. A guy needs his Vegas fix!