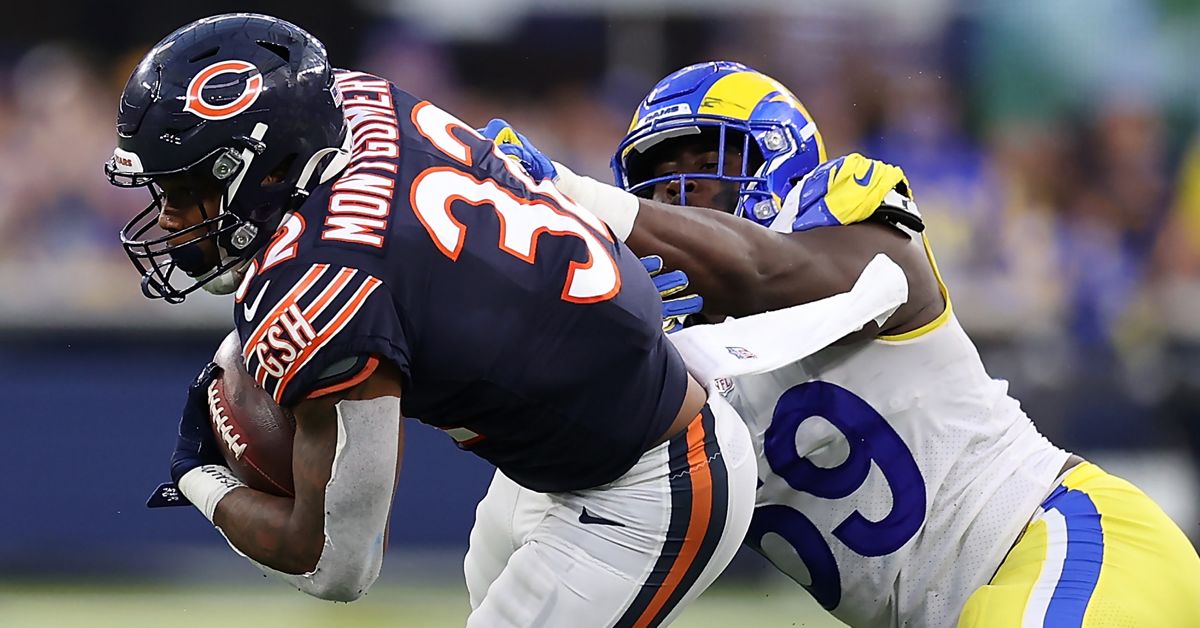 Considering the instability along the offensive line, inefficiency at quarterback, and lack of explosive options at receiver, the Chicago Bears running back committee held its own.

And in 2022, they’ll look to improve under the watchful eye of a new leader:

We have hired David Walker as our RBs coach.https://t.co/E0jvA0r7IZ

All right! David Montgomery, Khalil Herbert, and the rest of the backs have a new coach.

The Bears announced David Walker’s hire as the team’s new running backs coach. Walker, 52, has seven years of experience coaching running baks. His most recent run came with the Lions from 2016-18. Before that, Walker was coaching backs with the Colts from 2011-14, but did not cross paths with Matt Eberflus (who didn’t join Indy’s staff until 2018). However, Walker did spend time with two coaches who have some Bears connections. Let’s play connect the dots, shall we?

Walker spent time working on Dave Wannstedt’s staff at Pitt from 2005-10 as the school’s RBs coach. While at Pitt, Walker was on the same staff as new Bears offensive coordinator Luke Getsy. If you’ll recall, Getsy was a graduate assistant for Wannstedt’s Pitt team in 2010. Walker also spent time on Jim Caldwell’s Colts staff in 2011. It is possible that Walker received an endorsement from Caldwell (a Bears head coaching candidate earlier in the process) and Bill Polian (who was n adviser during the offseason).

And with that, each of the Bears’ major position coach gigs have been filled. I’ll likely take some time to mull over some bigger picture thoughts about the staff. But right now, it is a group that intrigues me because of the experience. The likes of Alan Williams, Richard Hightower, Andrew Janocko, Tyke Tolbert, Chris Morgan, Dave Borgonzi, James Rowe, and David Overstreet II have worked at their current positions at previous stops. The lack of experience at some spots will be an understandable place of concern. Getsy (the offensive coordinator) has never been a play caller at the pro level. Jim Dray (TEs Coach) hasn’t ever been a position coach in the pros. Even Travis Smith, who was working under Rod Marinelli as his top assistant DL coach, is about to embark on this journey running his own room for the first time.

There is some considerable risk with some of these younger hires. But with great risk often comes a sizable reward. I’m looking forward to seeing who’s up to the task in coaching up a roster that could be in a transitional phase.