Fun Fields Throws, Back to the Future Style Draft, Way Too Early Coach Hire Grades, and Other Bears Bullets Skip to content 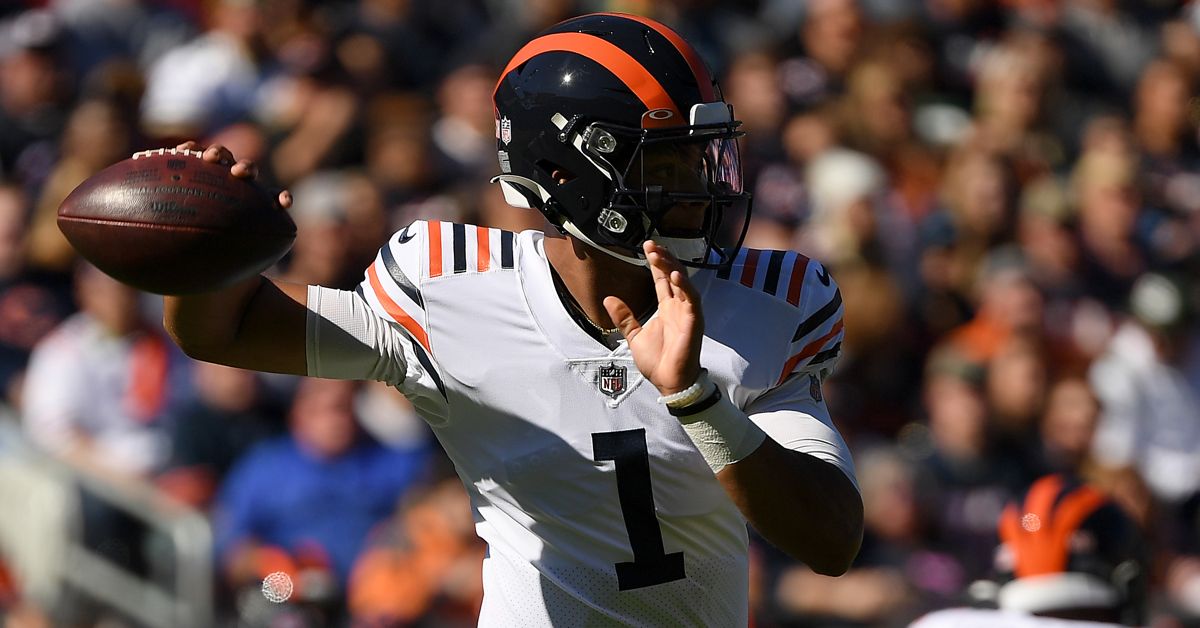 The Portillo’s chocolate covered strawberry milkshake is everything I wanted it to be. It has my co-sign and I hope it is something that comes back as part of a rotation moving forward.

•   Who needs coffee when you’ve got Justin Fields highlight throws?

Thread on my favorite throws from Justin Fields’ rookie season:

Creating a window out of thin air>>>>pic.twitter.com/4V0q9Q4dAV

•   That thread is an absolute treat. And if you have the time, it is worth your full browsing. It’ll be worth it as we fill the offseason void and dream on a better future with Fields slinging it in (and out of) the pocket.

•   I struggle to do these rankings so early after the completion of the process. Nevertheless, it’s fun to look at:

Now that the NFL HC hiring cycle is over (we think), how would you rank the 9 hirings?

•   So, instead, I’ll offer this: Was there a more perfect fit in this hiring cycle than Josh McDaniels and the Raiders? Those two were meant for each other. I suppose a Byron Leftwich-Jaguars partnership would’ve been ideal in its own right, but Jacksonville Jaguar’d that one good.

•   This one will get a segment Bears fans fired up:

Cody Benjamin of CBS doesn't seem to like the #Bears hiring of Matt Eberflus.

What do we have to say to him #DaBears fans?? pic.twitter.com/u48NMloryl

•   It feels like we see an unpopular hire turn into something special every year. So … why not the Bears? And why not this coaching staff? If I was forced to use just one word to describe Chicago’s hire, I’d say safe. Going with a defensive guy is a familiar formula for this franchise. So while I don’t hate it, I’ll acknowledge it isn’t my preferred route when it comes to a hire of this magnitude. And let’s be honest, a handful of these teams will be looking for new coaches in a few years anyway. Hopefully, the Bears don’t have to go knocking on Bill Polian’s door again any time soon.

•   Jeff Hughes (Da Bears Blog) has a different look at some of the Bears’ new coaches, sharing video interviews from previous stops. Chicago’s football team hasn’t been at the forefront of using social media or any other types of traditional mediums to put their coaches out on front street. However, this should change. Not just from my perspective as a content creator. But also, for the fans. There is something about connectivity that comes with these types of videos that makes it easy for fans to latch on and feel a greater bond with their favorite team. Hopefully, the new Bears are more progressive with access. Again, no one is asking for state secrets or nuclear launch codes. But I think everyone would like to get to know their favorite players and coaches a little bit more.

It all starts with a 🌪 pic.twitter.com/qmXMHO0Wd3

•   I wonder if we’re going back to the future with this upcoming NFL Draft. We recently highlighted a mock draft that had no quarterbacks going in Round 1. Considering team needs and positional importance, it doesn’t seem realistic. But in a way, it does feel feasible. Especially if teams aren’t falling head-over-heels for this crop of QBs. With that in mind, I think we could see a throwback kind of draft. Something that looks like this:

Last time an NFL Draft was this deficient at QB was 2013, and it was all about the trenches in the Top 20.

•   One QB, a bunch of linemen on both sides of the trenches, and just one receiver. Assuming the Bears front office has eyes on offensive linemen, a draft like this would throw a wrench in their plans. It is probably too early to project what anyone will do, but it is good to have an idea of which way things will go. Hence, the importance of still following the first rounds of mock drafts despite the Bears not having a pick.

•   I always learn something new about Chicago whenever Dilla does a video:

Your favorite neighborhood historian @6figga_dilla will be highlighting Chicago neighborhoods all throughout #BHM. pic.twitter.com/2Ao59XF4Jy

•   Geez, I can’t imagine why there are so many tickets still available for the biggest game of the football year:

The get-in price on @tickpick for the most expensive Super Bowl on record has dropped below $5,000 (No Fees) for the first time today. #Partner pic.twitter.com/brNekYehsT

•   Gotta find time to watch this:

Belichick describing the Tuck Rule game like a poet 😅

•   I’m all for outside-of-the-box ideas, but the Blackhawks considering Cubs Assistant GM Jeff Greenberg for their own general manager opening is a wild one.

Zach LaVine Will Participate in the 3-Point Contest for the Third Year in a Row!https://t.co/vsbRE8cKOJ

An Announcement on the Official Delay of Spring Training “Expected” as Soon as Tomorrow – https://t.co/uXG9pWlrnX pic.twitter.com/Iw2XJi2IDe