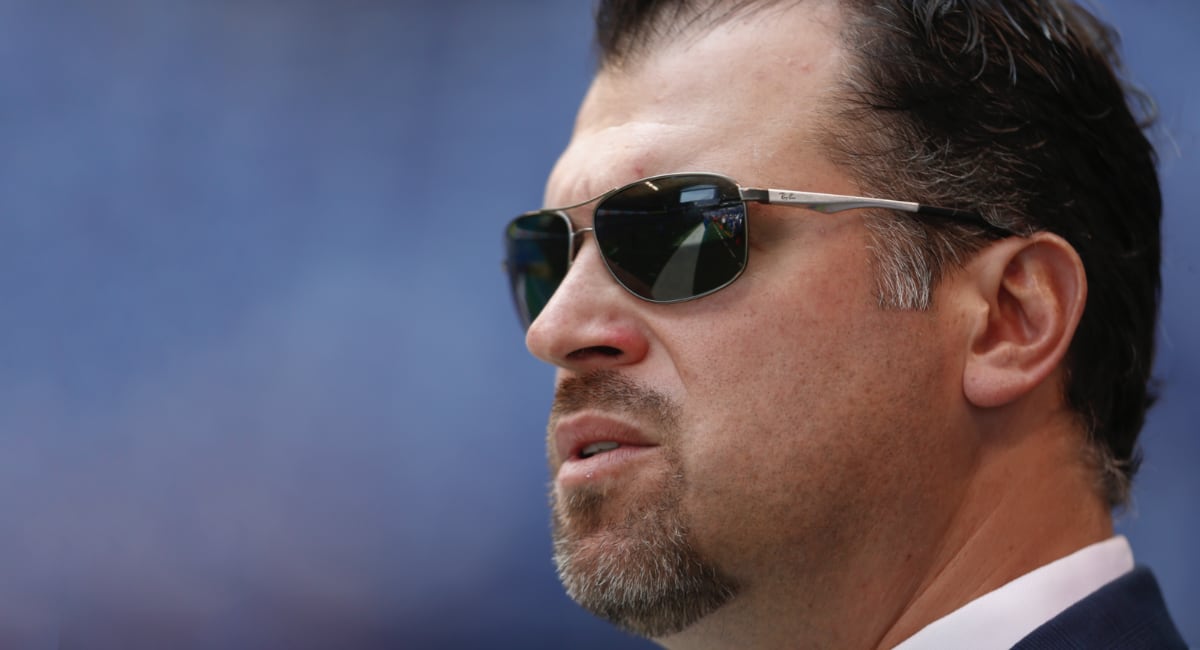 The Minnesota Vikings are an oddly fascinating team to follow.

Not only because they are a chief NFC North rival for the Chicago Bears, over whom we obsess in this space on a daily basis. But also because the paths the Vikings take as an organization can be straight-up head scratching.

For instance, one of the most unpopular GMs in recent football lore is getting a gig with the Vikings:

The #Vikings are hiring Ryan Grigson for a senior role in the football personnel department, sources tell me and @TomPelissero. The former #Colts GM has served as a personnel exec for the #Browns (alongside Kwesi Adolfo-Mensah) and #Seahawks since his five-year stint in Indy.

Ryan Grigson is set to join the Vikings front office as a senior executive in the personnel department. He has prior working experience with new GM Kwesi Adofo-Mensah. On top of that, Grigson was a former general manager who had a five-year term with the Colts. And while Grigson’s tenure with the Colts doesn’t look all that awful, we all know looks can be deceiving.

Don’t get it twisted. A 49-31 record over five years and three consecutive playoff berths at the outset are eye-opening. But things fell apart in a hurry for Grigson and the Colts. And in doing so, exposed Grigson as a problematic team-builder and leader at the top. Many will circle his dealing of a first-round pick to the Browns for Trent Richardson. That move backfired in the most epic of ways as Grigson and the Colts saw Richardson struggle in Indianapolis. Richardson would gain just 977 rushing yards and score six touchdowns in 29 games over two years with the team before flaming out after his age 24 season. But it is his handling of the Andrew Luck era that ultimately cost him his job and put him down a few pegs.

Grigson’s management of the Andrew Luck era was poor. So poor, some consider his tenure as general manager as a driving factor leading to Luck’s early retirement. As GM, Grigson failed to build around Luck. It was an offensive line in shambles and a defense that was leaky, smelly, and flat-out bad. To make things even more tenuous, it was his blaming of Andrew Luck’s contract as a reason for the team’s struggles that remains a big red flag to me. And, frankly, I can’t wait to see how he shapes a team that has Kirk Cousins’ $45 million cap number looming large in Minnesota.

Especially if this turns out to be the case:

Soon-to-be Vikings HC Kevin O'Connell conveyed a firm belief in Kirk Cousins during the interview process, I'm told. He's high on him. The front office must decide on Cousins' future due to his $45M cap hit, but many coaches interviewing for job liked Cousins, O'Connell included

If the Vikings new coach truly believes in Cousins, then I’m unsure why Grigson is in a place of power. Then again, the tweet from ESPN’s Jeremy Fowler could be something Minnesota is floating out there for public consumption. It figures to be another wild offseason on the quarterback carousel. And there is no easier way to drum up interest in someone whose contract would be lovely to get off the books than by insinuating that coaches interviewing with your team were fond of him. Hey, we’ve seen stranger things happen on that front.

The Vikings will be a fascinating follow in the years to come. But if this offseason is any indication, it has the potential to mimic the special brand of odd that Minnesota’s football team has been dabbling in for quite some time.