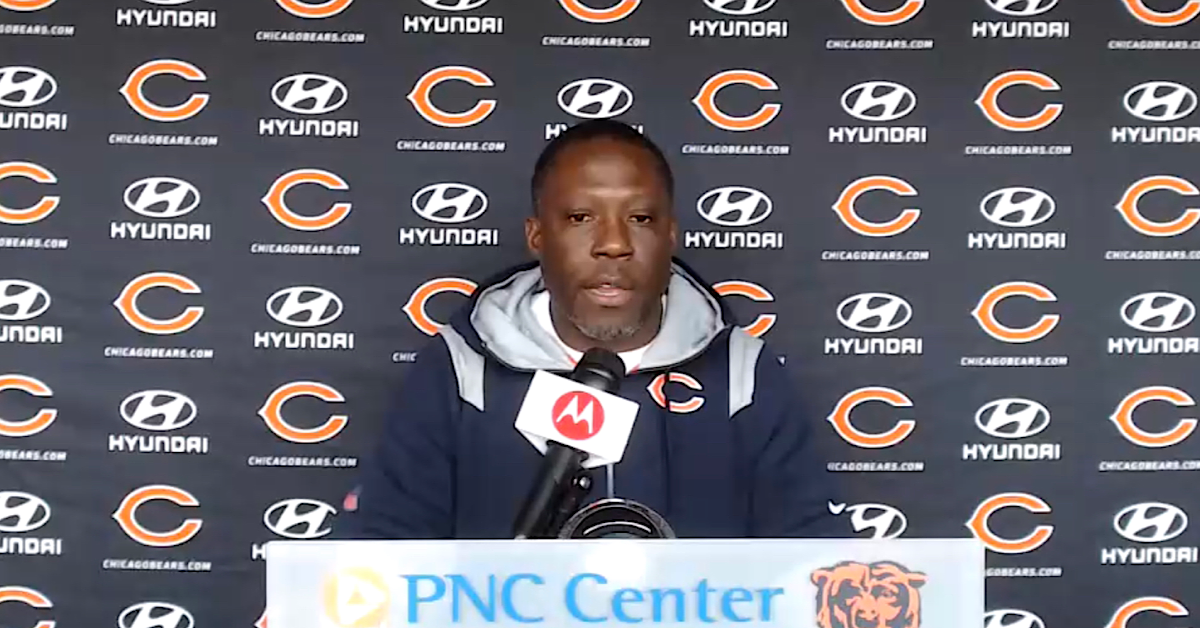 Williams, 52, won’t be the top defensive voice in Chicago. After all, this is still Matt Eberflus’ defense. But unlike other head coaches who take on play-calling duties for the side of the ball that is their expertise, Eberflus is handing the play card to Williams. So while it is Eberflus’ scheme, it is Williams (one of his top lieutenants from his days with the Colts) calling the shots. Considering the terminology and other things the Indy gang is bringing over, the Bears should feel fortunate to have someone steeped in that knowledge.

Embracing the Opportunity to Coach the Mack-Quinn Tag Team

"You have no idea how exciting it is to be here and have those guys."

Firstly, I hope this is Williams unintentionally leaking the Bears’ plans to keep both Robert Quinn and Khalil Mack on the roster for (at least) the 2022 season. There has been chatter among the fan base regarding the possibility of trading Mack and/or Quinn, recouping draft capital, and then using the cap flexibility to make upgrades elsewhere. In other words, I’m wishing upon a star that Williams was expressing his excitement about coaching Mack and Quinn because he knows they’ll be back for this year.

Secondly, one thing that stood out while thumbing threw Indy’s recent defensive history is the lack of play-making pass-rushers. Don’t get it twisted, the Colts defense has been good under Matt Eberflus. That defense put in the work and did wonders over the last four years. So much so, it was helpful in putting Eberflus on head coach radars and ultimately led him to become the 17th head coach in Bears history. And to think, it all happened despite a lack of star power coming off the edge.

But unlike Indianapolis’ situation, Williams arrives in Chicago ready to scheme with Mack and Quinn coming off the edge. And I’m equally as excited as Williams about that opportunity. Because imagining combining the Colts’ defensive strengths up the middle and in the secondary with the Bears’ strong suits in rushing off the edge sounds like a dream combo.

New #Bears DC Alan Williams says there wasn't immediate buy-in from players in Indianapolis because what they were asking the players to do was difficult. But little-by-little, they saw the results of the HITS principle (specifically takeaways) and that created the buy-in.

Call it kooky, weird, sophomoric, corny, cheesy, or whatever you’d like. Just know that when it comes to Eberflus’ H.I.T.S. principle, it works. Moreover, it resonates with the players. Do I think it is a bit goofy? Sure. But Eberflus and Williams don’t have to reach through to me and coach me up. That it works on the players is the most important thing. On top of that, Williams underscoring how that there wasn’t a buy-in from the players at the start is telling. Rather than blow smoke up our behind, Williams was honest in explaining that while there wasn’t an immediate buy-in from the players, they bought in eventually and the results were in the group’s production.

Colts LB Darius Leonard gave me a sharp rebuke when I jokingly asked if he's glad he won't have to hear about Matt Eberflus' HITS acronym anymore.

Weighty words from a big star–https://t.co/vGqE6d36TQ

Just know ahead of time that not everyone might be fully on board from the get-go.

Bears DC Alan Williams: "If you don't reach the standard, we find ways to help guys."

If this is truly Williams’ philosophy, then I believe we’ll be pleasantly surprised with what this defense will show us. Maybe not immediately. Remember, this group is transitioning to a front with four defensive linemen. Additionally, there could be as many as seven new defensive starters in Chicago. It is a time of change in Chicago, so let’s not put the cart ahead of the horse.

Even still … the idea that the coaching staff is out to help players who don’t reach the standard being set is encouraging. Oftentimes, good players who aren’t reaching their potential get left in the dust. But that tends to lead to quality players slipping through the cracks and finding “it” after joining another roster. These coaches should be aiming to help make the most of whatever players they have at their disposal. And I imagine the players will appreciate the hands-on efforts to get their best.

•   An interesting philosophy when it comes to building the D:

#Bears defensive coordinator Alan Williams on the significance of the 3-tech position.

"A good defense is built through the middle … That guy is going to be a tremendous part of the success of Chicago Bears football and specifically Chicago Bears defensive football."

This is an interesting philosophy. And it is one I’m not sure I’m totally on board with, but am willing to understand why this is the case. From my perspective, the best defenses are build with strong pass-rushers coming off the edge and play-making cornerbacks on the outside. But if I learned anything from the John Fox era, it’s that there is no one “right” way to get the job done defensively. For what it’s worth, I don’t think Williams is wrong about the significance of a 3-technique defensive lineman. Or even that good defenses are built through the middle. But this defense needs to be better than good as long as Aaron Rodgers is slinging it for that team in Wisconsin.

•   Much like his counterpart on the offensive side of the ball, Williams was saying all the right things emphasizing how his calls will reflect the personnel at his disposal:

What a concept! Playing to your players’ strengths. Whodathunkit?

One way to get players to buy in is by building them up publicly. As the saying goes, you can catch more flies with honey than with vinegar.

•   This quote resonates with me:

For more from Williams, you can watch the full presser below: