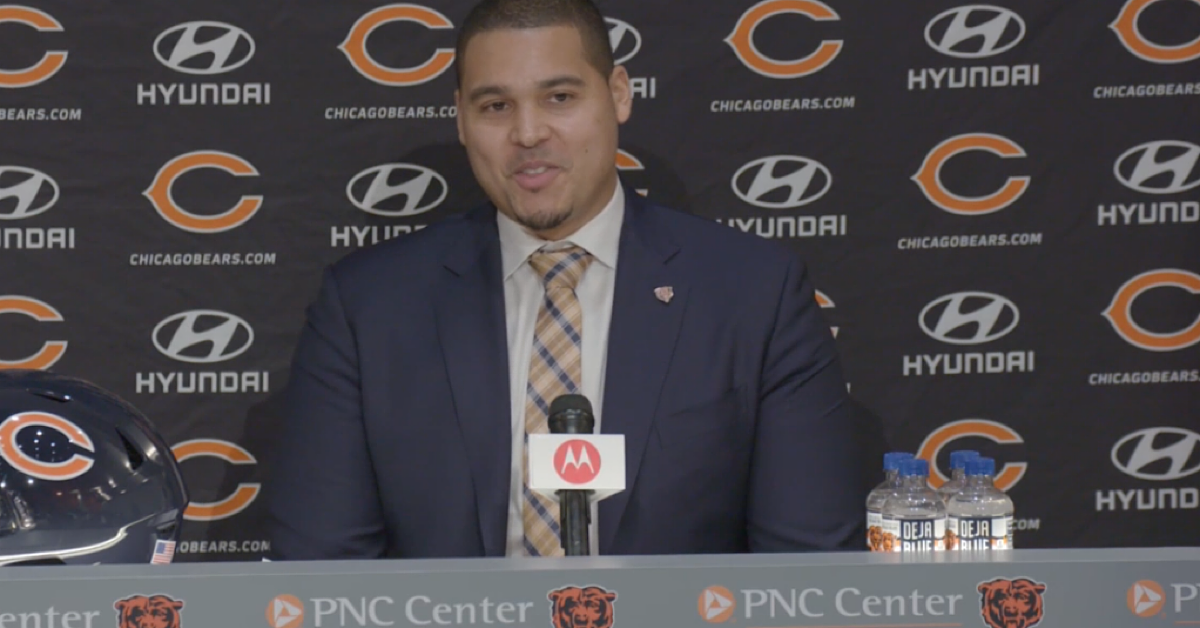 New Bears GM Ryan Poles made it a point to discuss the offensive line’s importance during his first-ever press conference.

So, naturally, it makes sense that his first player transaction in his new role involves bringing in a new offensive lineman:

Bears are signing ex Browns/Falcons Willie Wright to a futures deal, per source

Wright is a 25-year-old Tulsa product who started 47 of 48 games in college and is an offensive tackle by trade. However, he is listed as a 6-foot-3, 300-pound center on his Pro Football Reference page. The site also notes his time spent with the Browns (2019) and Falcons (2020). Wright hasn’t played a regular-season snap with either team to this point, but will look to hang around this offseason, maybe make an impression during OTAs and other camps, and then see where things go during training camp (and possibly even the preseason).

This figures to be the first of many moves the Bears will make along the offensive line this offseason. Not just because their new GM is a former college lineman, but also because of the moving pieces in the trenches. Jason Peters, Germain Ifedi, and James Daniels are about to become free agents. Teven Jenkins was available for only a handful of games. And while Larry Borom made the most of his rookie season, we’re still looking at a mostly untested player going into his second season as a pro. In other words, expect more movement along the offensive line in terms of transactions as this offseason chugs along. Thankfully, the draft and free agency seem to have plenty of options for possible upgrades.