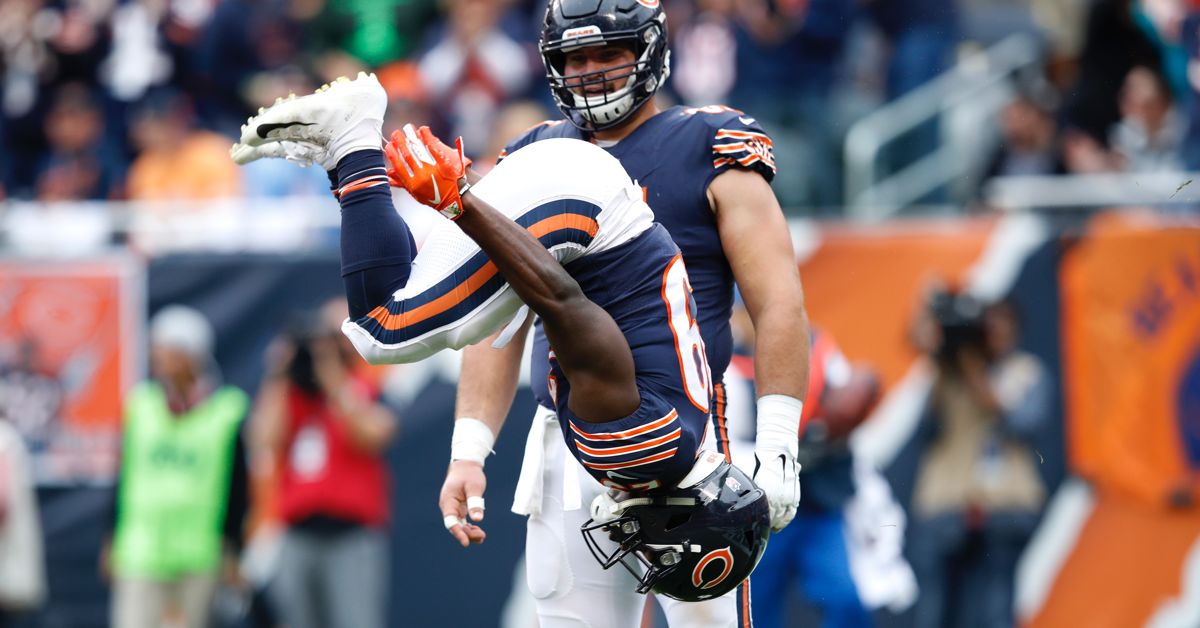 The Ed Block Courage Award is one that is voted on by the players, goes to someone on each of the NFL’s 32 teams, and is given to someone who represents a commitment to sportsmanship, courage, professionalism, and is seen as a role model in their community.

And even though the ACL injury Tarik Cohen suffered in 2020 caused him to miss the rest of that season and all 17 games of the 2021 campaign, Cohen’s teammates thought enough of him to honor him with this:

For his courage, his commitment to sportsmanship and the inspiration he brought to the locker room, @TarikCohen is our 2021 Ed Block Courage Award recipient.

It’s nice to see Cohen get the Bears’ Ed Block Courage Award for 2021. Cohen, a 2017 fourth-round pick, had a break-through rookie campaign in which he gained 1,570 all-purpose yards (which were the 10th most among all NFLers in 2017) and scored rushing, receiving, passing, and punt return touchdowns. No Bears rookie had pulled that off since Gale Sayers did it in 1965. A year later, Cohen earned first-team All-Pro honors as a return specialist and picked up another 1,599 all-purpose yards. The do-it-all back was a treat to watch with the ball in his hands. Unfortunately, an ACL injury in Week 3 of the 2020 season was a season-ender. And his recovery never allowed him to return to the field for the 2021 season. Nevertheless, Cohen’s presence was strong enough to garner the votes from his teammates to win this award. And that’s just swell.

Cohen joins good company with Roquan Smith (2020, Allen Robinson (2019), Zach Miller (2018), Kyle Long (2017), Pernell McPhee (2016), and Robbie Gould (2015) being among the most recent recipients. This is truly a testament of what teammates think of the fellows they share a locker room with every year. So to see Cohen get this honor speaks volumes as to how his contemporaries feel about him. And I think it says a lot that Cohen gets the award after not playing since September 2020. Clearly, that guy is making a positive impact in the locker room despite being unavailable to play on game day. His presence probably means a lot to those guys. Here’s hoping Cohen can make a full recovery, return to the field, and win some more hardware.