Rob Gronkowski Thinks Tom Brady Will Return to Football Eventually (But with the 49ers?) Skip to content 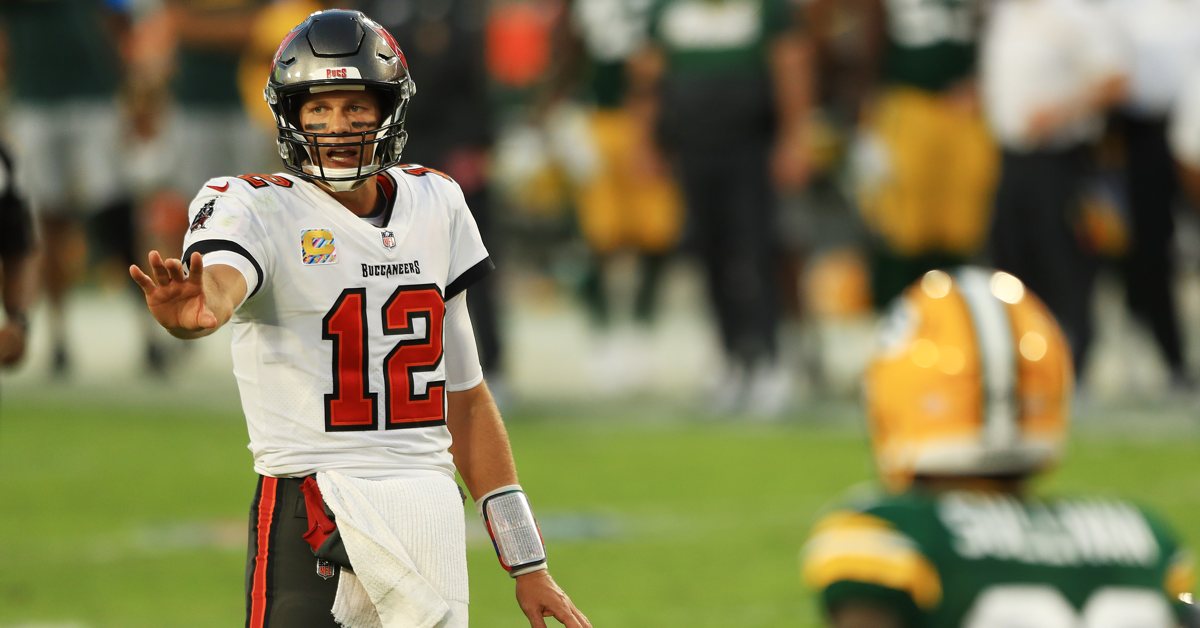 When it comes to meticulous preparation, few athletes did it like Tom Brady.

So much so, Brady was ready to play football TODAY:

The continued humanization of Tom Brady, the football player, has been far more enjoyable than the cold, soulless robot he was under Bill Belichick. But football seems to be a thing of the past now for Brady. Matthew Stafford and the Rams got the best of Brady and his bunch during the divisional round of the playoffs. And Brady has since announced his retirement plans.

Of course, what are plans if not something to be broken down the line?

In an interview with USA Today, star tight end — and long-time Brady teammate — Rob Gronkowski shared his belief that Brady will make a comeback. Maybe not as soon as some might want. But Gronk brought out his crystal ball and said what he said.

“The guy can play at any age,” Gronkowski said, via USA Today’s Josh Peter. “If he’s 50 years old he can still come back. I think he’s going to come back but in a couple of years. The guy’s a beast. He can play at anytime.”

Very few people know Brady like Gronkowski. They’ve been teammates for years, so Gronkowski has first-hand knowledge of how seriously Brady takes his health. If Brady is to stay on a healthy path, then perhaps Brady taking a few years off and returning to action at age 46 or 47 isn’t all that far-fetched. The guy just put up an MVP caliber season at age 44 while doing the heavy lifting on a championship contender. You can dismiss what Brady did as volume production. But I wold counter by pointing at how it was (1) effective, (2) successful, and (3) necessary — especially when considering the supporting cast and situation. Punishing Brady for volume would be like shunning Steph Curry for chucking up shots.

Anyway, all of this leads me to wonder who will Brady suit up for if he returns? That answer might not be what you might expect:

Pure speculation (what we do) but I agree with @ProFootballTalk IF #Bucs move on (they will retain Tom Brady’s rights) and he un-retires, place that makes most sense is 49ers. Hometown team but long way from son in NY. They can wait a year for Trey Lance. https://t.co/Ca8Ocgv47L

There’s a bit to digest here. And we’ll probably take some time to chew through possibilities at a later date. But for now, that the possibility of Brady coming back and not playing in Tampa Bay is a mental hurdle I’ll still need to clear.

I thought it was a fun narrative play when Brady left the Pats for the Bucs in free agency in a year when Tampa was hosting the Super Bowl. Brady did something no QB had ever done by hoisting the Lombardi Trophy in their home stadium. With that in mind, I can’t rule out Brady wanting to fulfill one of those childhood fantasies of winning it for the hometown team. We know Brady excels at last-minute, crunch-time decision-making. So I’ll be curiously following this story (should it evolve).