Let's Fix That Offense: The Bears Are Fits for Three of the Top-50 Free Agents Skip to content 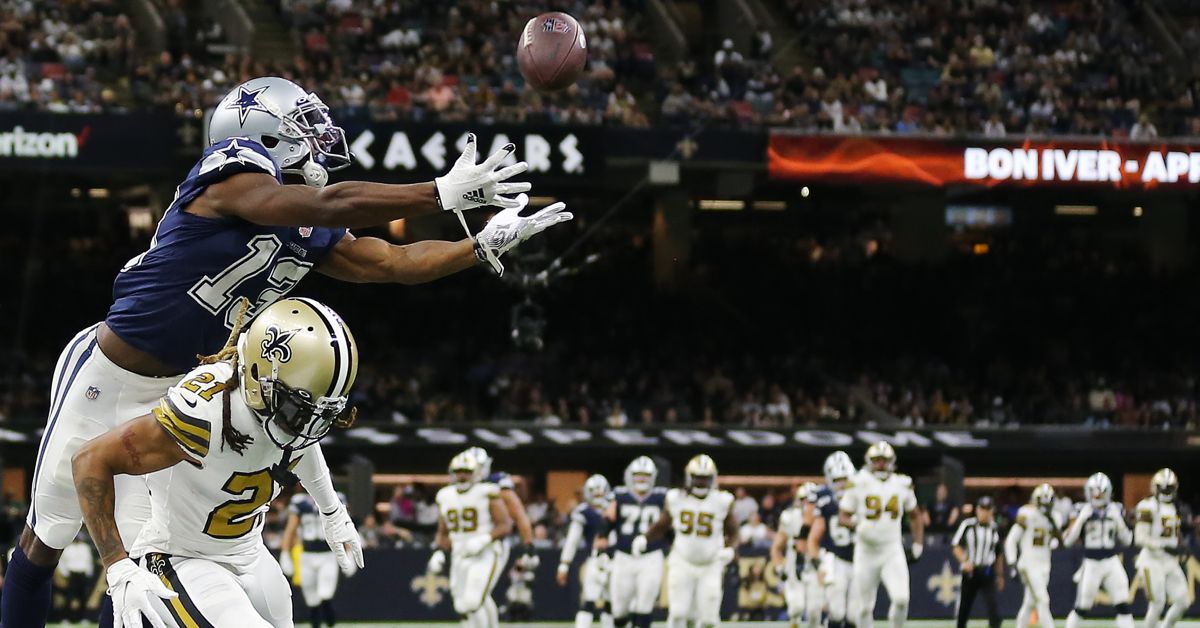 NFL offseasons are always intriguing. But with a new general manager and head coach in tow, things are even more interesting for the Chicago Bears. A front office with a clean slate and coaching staff with a fresh vision could liven things up in Chicago … with the right offseason manuevers. And while new GM Ryan Poles wants to build through the draft, he’ll also get an opportunity to navigate the free agent waters nearly a month before draft weekend rolls around. That is where things will begin to get interesting.

ESPN’s Jeremy Fowler and Matt Bowen team up to use teammate Kevin Seifert’s top-50 free agent rankings to find a team fit that makes sense for each player. It is an ESPN+ insiders piece, so I won’t offer up too much and would encourage you to give it a full read for a greater feel for the free agent market ahead. But for now, I want to focus on the potential Bears fits because they’re awfully juicy.

Don’t get me wrong. I like Teven Jenkins. I believe he can be a stud offensive lineman. And I can envision him locking it down at one of the bookend spots. Plus, we know the previous regime felt strongly enough about him to trade future draft capital to move up and snag him in the second round last year. However, that group is no longer in power.

So, while Jenkins might have the support of his teammates and some staffers who remain from the previous front office, we don’t know how this front office feels about him. Hence, the perception of a Bears-Robinson fit in free agency.

Robinson isn’t the best free agent tackle on the market. But with Terron Armstead (Jaguars), Orlando Brown Jr. (Chiefs), and Trent Brown (Ravens) being better (or more sensible) fits elsewhere, it leaves Robinson and the Bears as a possible match. And a sensible one, at that. But there’s a “but” … because there is always at least one.

There would be risks in targeting Robinson as a fix in the trenches. ESPN’s Jeremy Fowler underscores concerns about Robinson’s inconsistent play, but feels that a move to a different system and with a better culture could turn a high-level talent to a high-end player. Remember, Robinson was a high school All-American (2013) who racked up the pancake blocks and accolades in college at Alabama. Robinson was first-team All-SEC, an Outland Trophy winner (award given to college football’s best interior lineman), and unanimous first-team All-American in 2016. That prospect pedigree is hard to ignore. And when put through that lens, I suppose the juice could be worth the squeeze in getting a player out of Jacksonville’s mess and a clean slate in Chicago. But I’d probably explore other options before going down the path of signing Robinson.

With Darnell Mooney as the only receiver under contract from last year’s team, the Bears’ needs at receiver are self evident. Poles and friends have some heavy lifting to do when it comes to forming an entire position room with worthy targets for Justin Fields to throw to in Year 2. And that is where Gallup makes sense.

But there is a pretty significant hang-up: Gallup is coming off ACL surgery. Though, for what it’s worth, Fowler projects Gallup to be “humming” by midseason and believes the Colorado State product could be the steal of free agency.

Fowler also notes how well-liked Gallup is by coaches around the league, who reportedly also think he’s been underutilized in Dallas. This whole situation reminds me a bit of Allen Robinson, when he was leaving Jacksonville. The timeline for a return isn’t a 1-for-1 comp, but a playmaker that brings a physical element to the receiver spot is just what Fields needs.

Michael Gallup should ABSOLUTELY be on #DaBears radar this offseason. https://t.co/r1RYvyqQvx

The Fowler explanation is all you need to read to understand the fit: “O-line, O-line, O-line,” Fowler writes. ” The Bears’ new GM, Ryan Poles, was an offensive lineman at Boston College and just helped the Chiefs rebuild their offensive line as part of Kansas City’s front office.”

With all due respect to fellow pizza enthusiast Sam Mustipher, Allen would represent a significant upgrade at the center position. The Michigan State grad is also a Chicagoland product from suburban Hinsdale. I guess there could be local ties pulling him back to the area.

Allen was also a starter for the Super Bowl champion Rams. Who doesn’t love championship experience? He will play 2022 in his age 27 season, meaning he’s still in his prime athletic years. And he appears to be a fit for what the Bears figure to run offensively next year. For instance, Bowen expects Luke Getsy’s scheme to feature a zone-heavy run fit. Meanwhile, Fowler notes how the Rams’ offensive principles are similar to that of the 49ers (a sleeper team to watch in the Allen sweepstakes) in terms of run-style/play-action. Fields was one of the better play action QBs in football last year. If only the coaching staff knew how to properly utilize him in that manner.

And just like that, with three simple moves, Chicago’s offense is much improved. Sure, this group projects to lose Allen Robinson (ESPN #14) to the Colts. And while that would ding the receivers room, a clean break would be good for Robinson and the Bears. They’d also project to lose James Daniels (ESPN #28) to the Giants. Losing a four-year starter who was worthy of an extension would sting. However, the new front office might feel differently about Daniels than the old guys. Business is business, after all.

At the end of the day, adding two offensive linemen and a receiver would breathe new life into this offense. Of course, this doesn’t mean the Bears would stop here. There are some good players who don’t crack this top-50. And to think, there are others who haven’t hit the market yet who could ultimately tweak this list. Nevertheless, identifying player-team fits for the new-look Bears is a good place to start our offseason chatter.