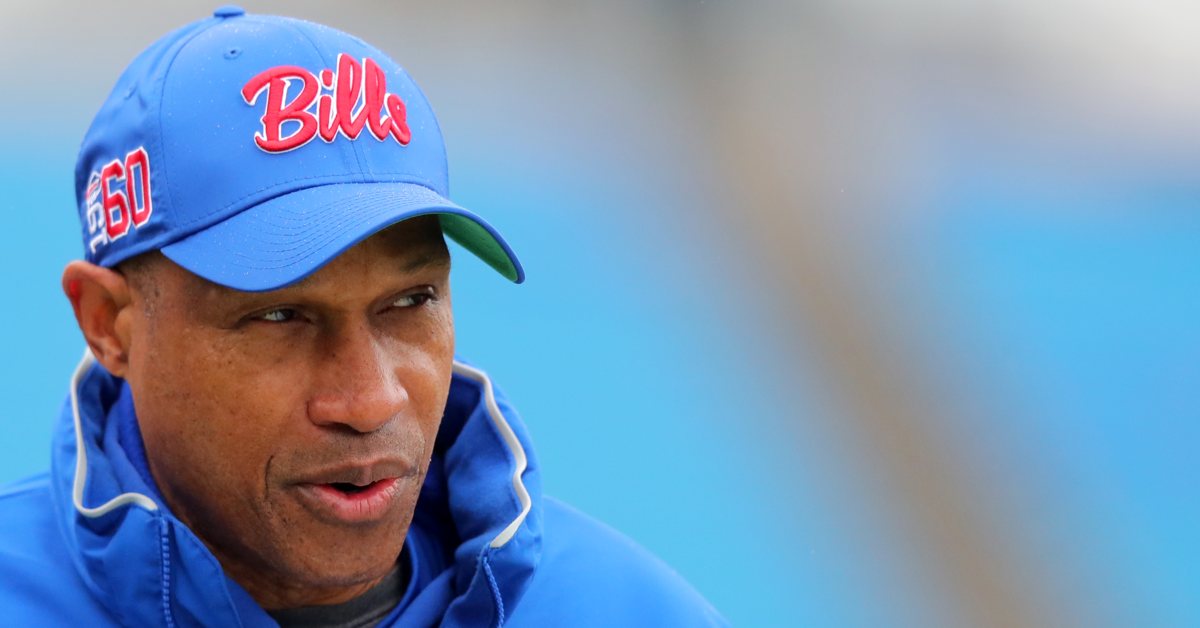 If you’re looking for something to fill the void, allow me to suggest watching more Bulls games.

Last night was a big one for Chicago’s basketball team. All-Star DeMar DeRozan made history by passing Wilt Freaking Chamberlain in the NBA Record Books. Championship-winning big man Tristan Thompson appears to be on his way to provide reinforcements to the front court. And the Bulls beat the Kings in their last home game before the All-Star break. That marks five in a row and a first place standing.

If Ryan Poles and Ian Cunningham are looking for inspiration, the Bulls are a great place to start.

•   With the Vikings making it officially official with Kevin O’Connell on Wednesday, each NFL team that had an opening at head coach has since filled the position. After wins and losses start rolling in, we’ll look back at this class of hires and reflect. But for someone like Leslie Frazier, he might look back at it wondering what could’ve been. Because it sure sounds like Frazier wanted the Bears head coaching job.

•   This anecdote from Peter King’s post-Super Bowl FMIA column provides some insight, as well as a possible explanation as to why Frazier might not have gotten the job:

The Bears and Giants wanted to interview defensive coordinator Leslie Frazier of the Bills. Frazier’s unit was the NFL’s best defense in 2021, by a lot. Buffalo allowed 272 yards per game, 30 yards fewer than any other team in the league. Frazier really wanted the Bears’ job; he played on Chicago’s Super Bowl XX championship team. So after finishing his prep plans for the playoff game Friday, Frazier did a Zoom interview with the Bears. Such interviews usually entail deep questions about plans for a staff, philosophy, and a coach basically selling himself through a detailed plan. The average one of these interviews takes three hours or so. Before the Bills’ plane left for Kansas City at midday Saturday, Frazier squeezed in his interview with the Giants. He didn’t want to, but NFL rules mandated that if he was going to fit into the Giants’ interview schedule before they made a decision on their head coach, Frazier’s slot would have to be before the playoff game in Kansas City.

•   Oof. Imagine rebuilding your coaching stock after being let go by the Vikings. Then, after a long climb positioning yourself to interview for your dream. And then to rush through a hastily put-together process because you’re also balancing game-planning for a playoff game feels wrong. Coaching is hard enough. As is interviewing. But imagine properly allocating time when you’re facing Patrick Mahomes *AND* preparing to interview for a dream job. And then try to put yourself in the shoes of doing all that, but only to get hit with the double-whammy of no dream job and heart-breaking postseason defeat.

•   Had the Bears went through with hiring an offensive-leaning coach, I’d brush this off as it being Chicago’s destiny to hire that type of leader moving forward. But because the Bears hired a former defensive coordinator. One whose team didn’t even make the playoffs. Could Frazier have made a better pitch to Chicago’s brass had he not been in a time crunch? Would Buffalo’s defense have done better had its coordinator been all-in on game-planning? These are questions that will never have answers. But maybe coaches in the next hiring cycle won’t have to deal with them next year.

•   NFL owners are set to meet twice this offseason, which has me wondering if the league’s coach-hiring protocols will come up in discussion. To be clear, I don’t have all the answers. But I know a problem when I see one, and it is clear that this whole thing could be better. Maybe it is something that comes up in owners meetings this offseason. It should (among other things).

•   We’ll dive into the Bears’ most recent transactions in bringing on a free agent punter (Ryan Winslow) and long-snapper (Beau Brinkley) into the mix in a wider scope shortly. But I stumbled upon this via the Titans, sharing Brinkley’s story:

•   Upward climb stories always get me.

•   Alyssa Barbieri combs through free agents in the NFC and AFC and shares one player the Bears can target from the league’s other 31 teams. No, the Bears won’t sign all of these players. Moreover, I’m not even sure how many will make it to free agency, as some could get new deals or Franchise/Transition Tag status. But the collection of players Barbieri shares gives readers an idea of who could be available, which players could be fits, and where the Bears could be shopping in the offseason market place.

•   Debating whether receiver or offensive line is a bigger need is the Bears Twitter equivalent of a heavyweight prize fight. So while I would lump them together at the top in the tier of primary needs, there is a case to be made for either being bigger than the other. For Bleacher Report’s Maurice Moton, it’s wide receiver.

•   While the Vikings announce the hirings of former Bears staffers Ed Donatell and Mike Pettine, their brief fling with Jim Harbaugh has ultimately resulted in this:

•   The NFL really needs to get this together when it comes to its treatment of women in the league:

Until his retirement earlier this month, the Cowboys’ Dalrymple had been one of the longest-tenured PR execs in the NFL – was w Jerry Jones for over 30 years. Was warned 7 years ago and allowed to stay on. via @DVNJr https://t.co/iSRA3TdAKf pic.twitter.com/7gaWHVNFUf