If the Cowboys Prioritize Re-Signing Michael Gallup, a Different Receiver Could Hit the Market Skip to content 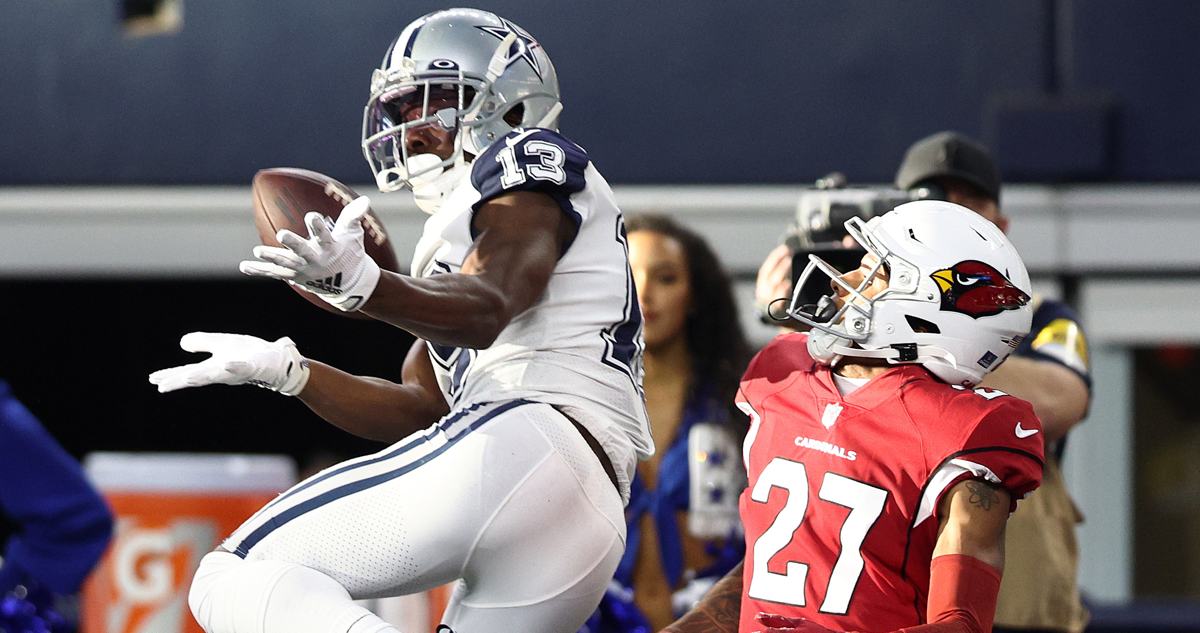 Michael Gallup is becoming a popular target among Bears fans thirsting for the team to add playmaking receivers who Justin Fields can throw to this season. Gallup has already popped up as a best fit and realistic target for the Bears. And, for what it’s worth, he has been on our radar since he came out in the 2018 NFL Draft.

But what if Gallup doesn’t make it to the open market?

Well, that’s a possibility that is more realistic than we’d care to admit right now.

Mike Fisher, who has been covering the NFL since 1983 and Cowboys since 1990, reports that the Cowboys are planning to make re-signing Gallup a “priority” this offseason. How much of a priority remains to be seen. Even Fisher himself questions how high on the priority rankings does Gallup sit. After all, he is just one week removed from ACL surgery. And while the hope is Gallup will be back for the start of the regular season, we know these recovery periods can take more time than we might otherwise expect. In other words, it is easy to find yourself asking how much of a priority can one make when it comes to a player whose short-term status is up-in-the-air. Especially when you’re a team like the Cowboys that is currently $21,449,885 over the projected 2022 NFL salary cap.

Nevertheless, the Gallup conundrum in Dallas figures to have a domino effect. And it could impact a team like the Bears, who should be hungry to add pass-catchers for their quarterback.

For the sake of this conversation, let’s act as if the Cowboys were successful in prioritizing re-signing Gallup. Doing so could make receiver receiver Cedrick Wilson Jr. and tight end Dalton Schultz as free agent options for other teams to pick through. And both would make sense as possible Bears targets, if it comes to it.

Schultz, 25, is coming off a breakout year in which he caught 78 passes (104 targets), came up with 808 receiving yards, and 8 touchdowns. From a Bears perspective, the idea of teaming a more traditional “U” pass-catching tight end with Cole Kmet at the “Y” spot might be tantalizing. I realize that spending free agent capital on a tight end might give folks pause, especially with how the Trey Burton signing went. However, free agency is all about risk-reward calculus. Sometimes you get a Burton. And other times you get two productive seasons (including a Pro Bowl nod) from Martellus Bennett.

Wilson, 26, had a breakout season of his own with 45 catches, 602 receiving yards, and six scores. The Boise State product did a ton of damage in place of Gallup while he was out with injuries. Wilson’s production hints at him being an under-the-radar signing who can thrive if given a larger role. It wouldn’t be the flashiest signing, but it could be a productive one. And isn’t that what matters most?

Even still … there could be one splash option who becomes available in Dallas — but only if the dominoes fall in the right order.

Cowboys owner Jerry Jones shared a bit of frustration with star receiver Amari Cooper after the exam’s playoff loss to the 49ers. Cooper, who caught the only TD pass from Dak Prescott in the playoff defeat, was the target of Jones’ ire in the wake of the loss:

Jerry Jones: “Amari Cooper should take half the field w/ him when he runs a route…a whole bunch of that defense ought to have to honor Cooper. He ought to be able to catch it in the middle when they’re going w/ him. Others do. You throw to people that are covered all the time.”

Cooper went for 68 catches, 865 receiving yards, and 8 touchdowns in 15 games last season. But that wasn’t enough for Jones, who gave Cooper a five-year deal worth $100 million before the 2020 season. This feels like a good time to point out that just $6 million left on that deal is guaranteed. And that if the Cowboys cut or trade Cooper this offseason, they could create $16 million in cap space. Jones is a wild-card in all of this. If Jones believes bailing on Cooper is best for his team, I wouldn’t put it past him to do it. Parting ways with Cooper to create cap space to spread out among needs elsewhere is a sensible option. Although, I can’t envision the Cowboys as being the sensible type. But, hey, there is a first time for everything.

Imagine if that is how the cookie crumbles. Putting a 28-year-old four-time Pro Bowl receiver with five 1,000-yard receiving seasons under his belt on the market. And *THAT* is the type of player the Bears should have an interest in bringing over. If it gets that far, of course.