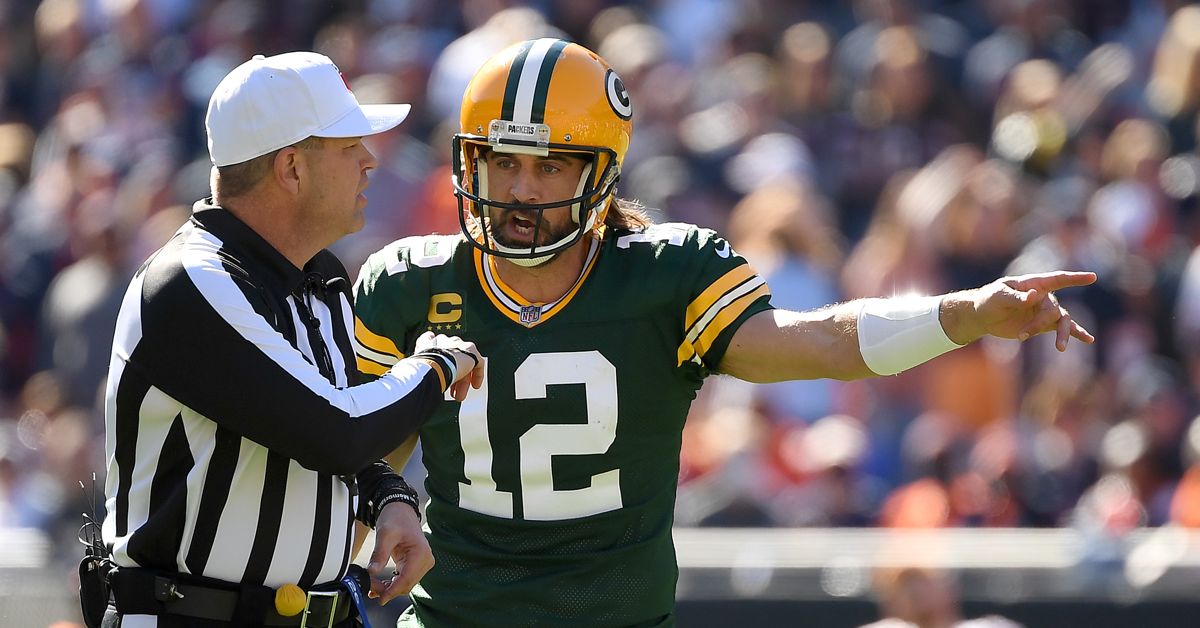 When we last saw the Packers, they were walking off the Lambeau Field turf in disgust after losing a home playoff game to the 49ers. And with that, hope began anew that this would be the last time we saw Aaron Rodgers in a Packers uniform.

After all, how many more soul-crushing playoff defeats can this man possibly take?

But not only do the Packers want him back (because, duh) for 2022, the team appears willing to go to great lengths to make it happen.

This is just the tip of the iceberg:

Green Bay Packers expected to hire veteran assistant and former offensive coordinator Tom Clements as their new quarterbacks coach, per league sources; Clements' addition is expected to be welcomed highly by quarterback Aaron Rodgers as he contemplates his future @PFN365

The Packers are bringing Tom Clements back into the fold, according to NFL reporter Aaron Wilson. Clements will be Green Bay’s new quarterbacks coach, replacing Luke Getsy. Yes, the same Luke Getsy who left the land of cheese to be the Bears’ offensive coordinator. Clements name might be familiar because Clements was an assistant with the Packers from 2006-16. He was the team’s QBs Coach (2006-11), Offensive Coordinator (2012-14), and Assistant Head Coach (2015-16). And has plenty of history with Rodgers. Clements was also a Bears coaching candidate in 2013, and someone the Packers denied the Bears an interview with in 2010. But more important than that factoid is the appearance that re-hiring Clements looks to be a nod in Rodgers’ direction.

So … remember when I made reference to the tip of the iceberg? Well, let’s take a look at the rest of it:

Packers are prepared to go all in for Aaron Rodgers in 2022, spending as close to the cap this year and spreading it into future years as much as possible, per sources. Saints used this approach for Drew Brees and Green Bay willing to deploy that model to further entice Rogers.

Sure, Rodgers’ return in 2022 would be a capologist’s nightmare. But it is growing clearer with each passing day that it is one the Packers are ready and willing to deal with when it comes. And it’s not as if they have to look far and wide for a blueprint. Green Bay could easily replicate what the Saints were doing in the late stages of Drew Brees’ career. Simply put, New Orleans would give Brees one high-value extension after another, add void years, and spread the signing bonus over multiple years. It is a series of moves that had me screaming into the void about how the salary cap was a myth. But Brees cashing ginormous checks and the Saints were staying in the hunt. It works, but it comes at a price.

For instance, check out where the Saints are now. New Orleans has a gaping hole at quarterback with no heir apparent on the roster. Head Coach Sean Payton walked away from at least $45 million in a contract that was paying him through 2024. And the team enters this offseason as the only one in a worse cap situation than the Packers. Where OverTheCap.com has Green Bay at $50,790,970 over the cap, New Orleans is $75,993,406 in the red.

I guess this is what fans of the other NFC North teams have to look forward to if Rodgers stays. Sigh. Nothing speaks to rivalries like hoping your opponents continue to fumble the bag in the short term while simultaneously damaging the future by kicking the can down the road. Then again, the NFL is a win-now league. Taking a big hit later for the small one now is a price Green Bay seems ready to pay. Even if the Saints are holding a glowing “buyer beware” sign while parading around Bourbon Street.