NFL Combine Watch, Minimal Draft Capital, a Message from the Queen, and Other Bears Bullets Skip to content 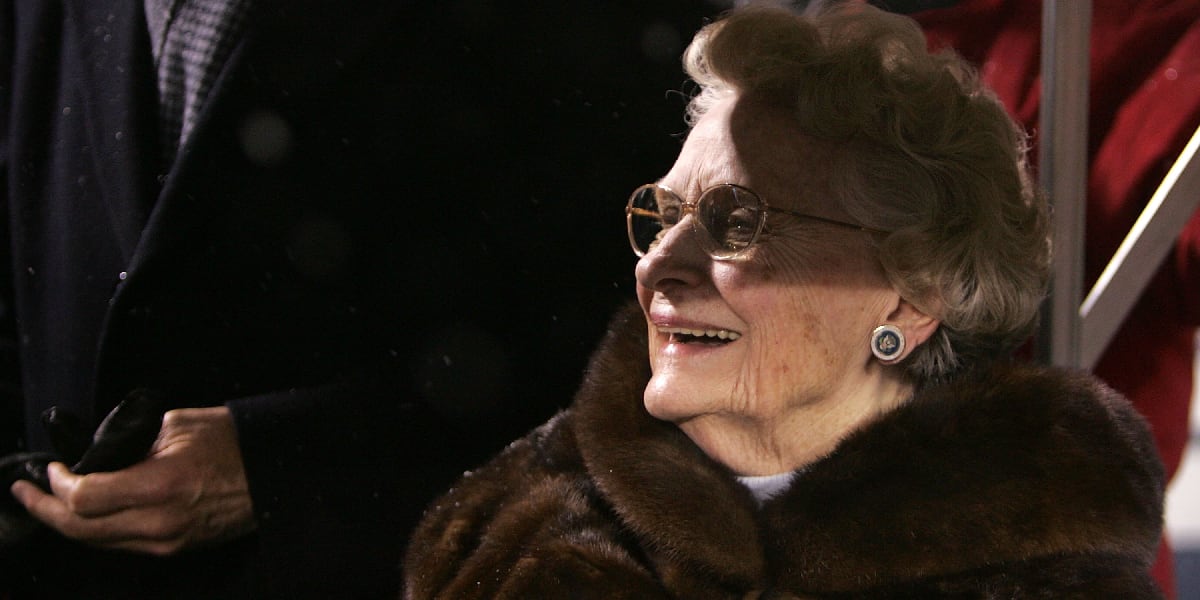 It has been five years since my mother passed away. And while I miss her every day (obviously!), few days I miss her more than today. Because not only is it the fifth anniversary of her passing, it is also Paczki Day — when we’d spend all day zooming around Chicago collecting this delicious Polish pastry like we were Thanos getting those Infinity Stones. Those were some good times.

•   The NFL Scouting Combine in Indianapolis begins in earnest TODAY, so we might as well start with a bang:

With the combine this week in Indy, we have 10 prospects to watch for the #Bears this week:https://t.co/9tiayeXioi

•   Bear Report’s Zack Pearson offers up 10 players to keep an eye on at the Combine this week. As you might expect, it is a doozy of a list. There are receivers (‘sup David Bell?), defensive backs (first-team All-American CB Roger McCreary is intriguing), and linemen (multiple blocker options!) highlighting the list for me. Just because the Bears don’t have a first-round pick doesn’t mean they can’t premier talent. Players will rise and fall on draft boards, so remember that as we move through this process. Just know that this is when draft chatter starts taking off.

•   Of course we’ll want to keep tabs on Zion Johnson, who lands on Pearson’s must-watch list. Maybe this tweet is a bit hyperbolic, but Johnson has been getting major buzz since showing out at the Senior Bowl:

At this point, it would be surprising if @BCFootball C/G Zion Johnson (@_ZJ77) isn’t the first interior OL off the board in April. Why? Simple, it’s his stopping power. It just doesn’t get better than this strong inside hand:#TheDraftStartsInMOBILE™️ pic.twitter.com/qS4TH1P3Wb

•   Alex Shapiro (NBC Sports Chicago) has his own list of 10 players the Bears might be watching this week. Colleen Kane (Tribune) shares everything you need to know about what is coming down the pipeline this week. Meanwhile, Charean Williams (PFT) has a rundown of the changes coming to the Combine. Fans in the stands and playing music during workouts would’ve been scoffed at years ago. But now? I guess we’d consider it to be the evolution of an event.

•   Patrick Finley (Sun-Times) notes how the Bears enter the week with minimal draft capital, but does have money to spend elsewhere in the player-acquisition process that is the offseason. If only the NFL was like the NBA where you could buy picks. That would be a dream for a front office short on draft picks this time of year.

•   Because it happened so quickly, I hadn’t really thought about the commercialization of the Combine. And now, it’s on my mind:

As the combine has been commercialized, players & agents say the event has veered from its original purpose. Last week’s pushback to this year’s rules was just the start of discussions about how to protect the rights of prospects. With @el_belson: https://t.co/Kz37VUXgZA

•   After passing on Justin Fields last year, it will be interesting to see how Denver pivots (especially if it turns out that Aaron Rodgers is staying in Green Bay):

Broncos scheduled to have formal interviews tonight with QBs Kenny Pickett, Matt Corrral, Malik Willis et all, per sources. It is QB and WR interview night to open the Combine. #9sports

•   There will be chatter about non-prospects at the Combine. Let’s keep an eye on some potential big-name cuts who could be available soon:

#Cowboys EVP Stephen Jones spoke to reporters on Monday and was asked about Amari Cooper's future with the team: "It's too early for me to address that."

Cooper has a large $22M cap hit next season and the #Cowboys would save $16M in cap space if they were to move on.

•   If the Cowboys end up prioritizing retaining Michael Gallup, and in turn let Amari Cooper hit free agency, then Cooper would immediately shoot up to the top of my free agent receiver rankings. Moreover, he’d make sense as a possible free agent target for a receiver-starved Bears team.

•   Of course Troy Aikman would love it if Joe Buck joined him on ESPN’s Monday Night Football. And I’d bet ESPn executives would love that, too:

Does @TroyAikman want to continue working with @Buck?

"I mean he truly is one of my best friends… he's been a fantastic partner, in my opinion he's the best in the business, and yeah, I'd love nothing more than to continue to work with him."@andrewmarchand @richarddeitsch pic.twitter.com/f30ay7ySIn

•   A ton of people watched that football game that was squeezed into a Dr. Dre, Snoop Dogg, Eminem, Mary J. Blige, Kendrick Lamar, and 50 Cent concert:

•   A message from the matriarch:

Inspiring the next generation.

A message from Virginia Halas McCaskey as we kick off #WomensHistoryMonth: pic.twitter.com/mkcDZ9fhzz

•   Speaking of messages, we’ll be hearing from the new guys at the top of the Bears’ power structure SOON:

Lets try this again. Off to Indy for a few days.

Ryan Poles and Matt Eberflus will meet the media this afternoon. Poles at 11 And Eberflus at 1. Chicago time. #Bears

•   Shout out to the Bears for blessing the timeline with a new episode of 1920 Football Drive:

•   I missed the Bulls game last night because I made The Bachelor a priority. And, no, I won’t be apologizing for my actions. Instead, I’ll be watching Ja Morant highlights from his fiftyburger against the Spurs:

Did You See What Ja Morant Did Last Night?!https://t.co/1DSanKXeHB pic.twitter.com/NIeQfhnR41

Apparently Some Players HAVE Asked How to Safely Use Steroids During the Lockout – https://t.co/0WFwoFEf9n pic.twitter.com/ib2QV9NmFc

•   I feel as if the Hawks really rushed through this process. Was this hire really necessary now? If not, then this is really messy (and as someone who obsessively follows the Bears, who knows more about messier front offices?):

There It Is: Kyle Davidson Will Be the New General Manger of the Chicago Blackhawks (Permanently)https://t.co/CWVk2l7UHx pic.twitter.com/4OXwogIE2g