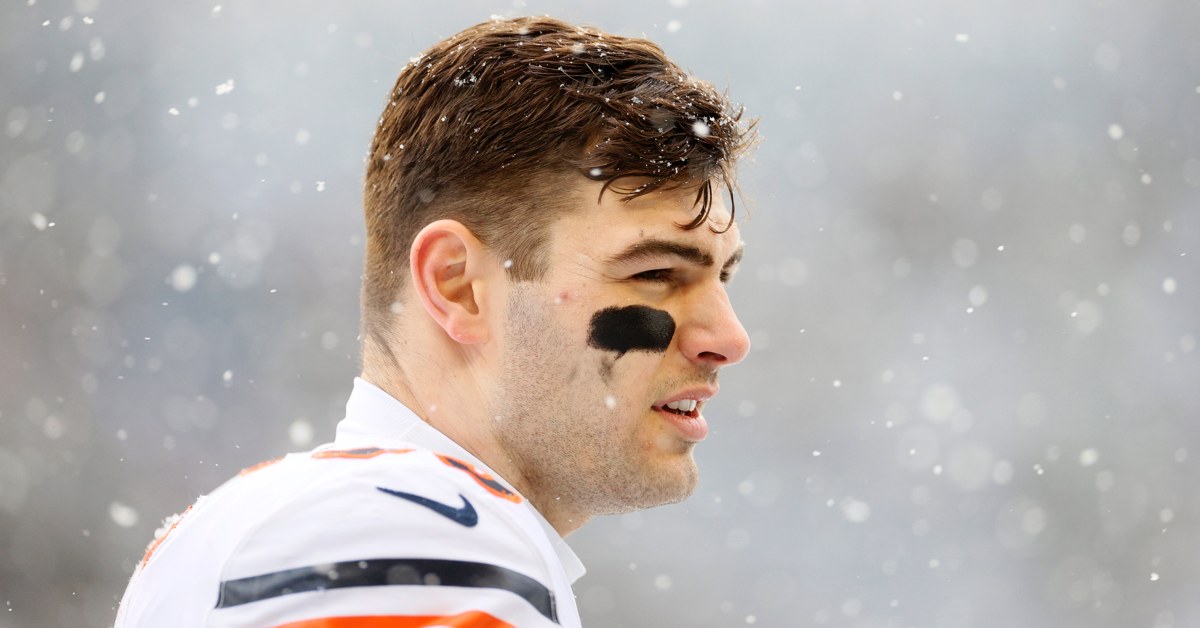 Kmet is on the younger side of things (he doesn’t turn 23 until March 10) and has two years worth of pro experience under his belt. More importantly, Kmet is coming off his best season, during which he caught 60 passes for 612 yards (though he didn’t score any touchdowns). But with the Bears struggling to get into the red zone, there weren’t many opportunities for Kmet to showcase his skills in the scoring area. Twelve red-zone targets in 17 games? That ain’t it.

Unlike previous years where everyone in the tri-state area had a spot in the Bears’ tight ends room, Kmet stands alone. Well, for now. Holtz and Horsted could both be back in 2022 should the team decide on it. The Bears are the only team that can negotiate a contract with Horsted, while Holtz is a restricted free agent.

Unless you are desperate to clear $531,111 in cap space by cutting Kmet, there isn’t anything to be saved in this position room.

After watching Ryan Pace’s free agent investments at the position flop, I’d be curious to see if his replacement goes for a bargain value. For instance, I wonder if Robert Tonyan or Jared Cook are possibilities because of prior connections to Luke Getsy. PFF projects Tonyan to get a one-year “prove it” deal worth $5.5 million. He could fit well with this offense. So could Cook, who Pro Football Focus sees having a role as a receiving tight end. Teaming him as a “U” tight end with Kmet playing a more traditional “Y” role could make for an intriguing tandem. Especially with Cook’s projected salary being a one-year deal worth $4 million.

Either of the Cardinals free agents (Ertz, Willliams) could be sensible Bears target because of TEs Coach Jim Dray’s history with both in Arizona. Same for Alie-Cox, who Head Coach Matt Eberflus should be familiar with because of his time with the Colts.

Y’all have no idea how hard this tweet made me laugh:

Where Ryan Pace was obsessive in trying to find a tight end for Matt Nagy’s scheme, I don’t expect Ryan Poles to be as aggressive in this particular arena. For what it’s worth, Poles knows what elite tight end play looks like after watching Travis Kelce become a star with the Chiefs. But it’s not as if the Getsy offense needs elite tight end production to be productive. At least, that is how I would frame things based on watching the Packers offense. Nevertheless, the Bears could bolster this group by mixing it up with regards to the types of players they can deploy.

Maybe matching Kmet with a receiving tight end makes sense. Perhaps adding someone who is primarily a blocker could be useful in protecting Justin Fields. Could taking a flier on a post-hype sleeper such as O.J. Howard be a fit? Chicago could get better here without using a ton of cap space. This is a position I’d keep an eye on when it comes to movement.