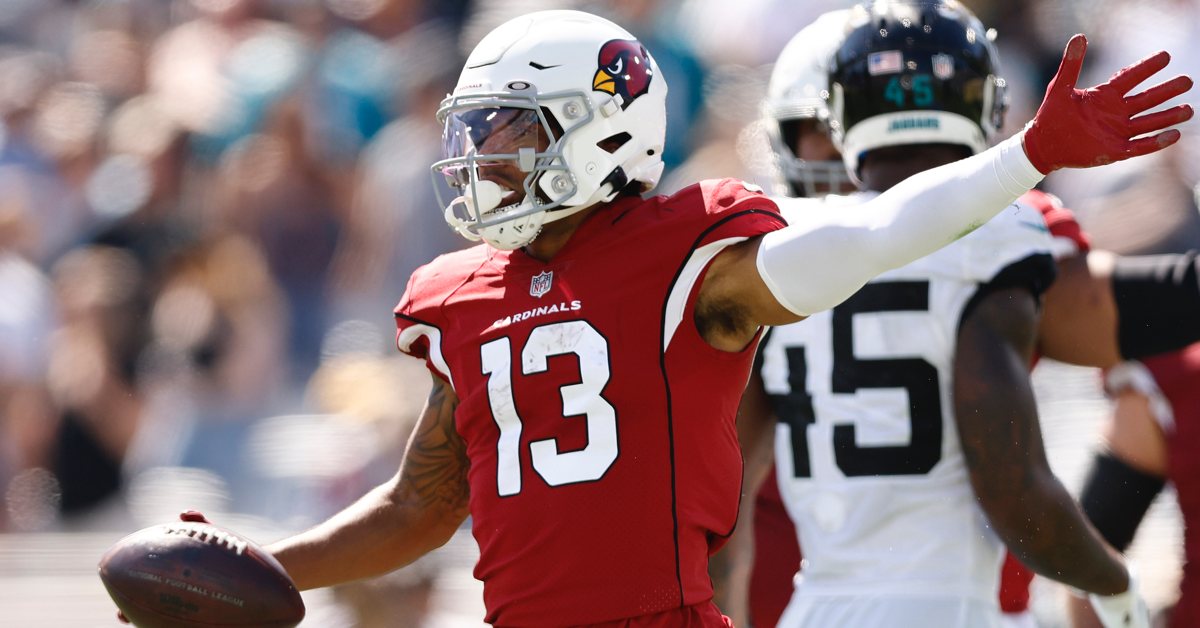 Even though the NFL’s “legal tampering” period ahead of free agency won’t open up until Monday morning, teams have likely been positioning themselves behind the scenes for weeks now.

For example, the Bears have reportedly had their eyes on free-agent-to-be wide receiver Christian Kirk for “weeks.”

The Chicago Bears have been interested in Christian Kirk for weeks now.

Kirk, 25, is one of the most intriguing receivers set to hit the open market tomorrow. A second-round pick in 2018 (who we were really into at the time), Kirk is coming off a season in which he set career bests in receptions (77) and yards (982). Kirk has been finding paydirt more often the lat few years. After scoring six touchdowns in his first two years in the league, Kirk caught six in 2020, then tacked on five more scores in 2021. In addition to his pass-catching prowess, Kirk has ample experience as a punt returner. So while that might take a step back if a team like the Bears ponies up big dollars for him in free agency, Kirk’s return skills could be a selling point to teams looking for receiver help.

First-year GM Ryan Poles has made reference to wanting to shop on the second and third waves of the free agent market. But someone like Kirk straddles the line between the first and second tiers. Kirk was never a primary option in Arizona, which is one reason he has yet to eclipse the 1,000-yard plateau as a receiver. However, moving to a new team in free agency — one where he could be a top-2 target for Justin Fields as a sidekick to Darnell Mooney could amplify Kirk’s profile. Hence, the Bears’ plausible interest.

For what it is worth, we are starting to see a build up in rumors connecting the Bears to some of this year’s more fascinating free agent options. Between JuJu Smith-Schuster, Marquez Valdes-Scantling-Scantling, and now Kirk, Chicago seems to be positioning itself to land some worthwhile targets for Fields to throw to starting in 2022. And even though the NFL Draft has its own wave of talent, nothing should preclude the Bears from targeting some free agents whose presence will ensure that not everything is riding on a second-year QB making a quick connection with a rookie receiver. Stay tuned. Surely there are more names coming down the pipeline.