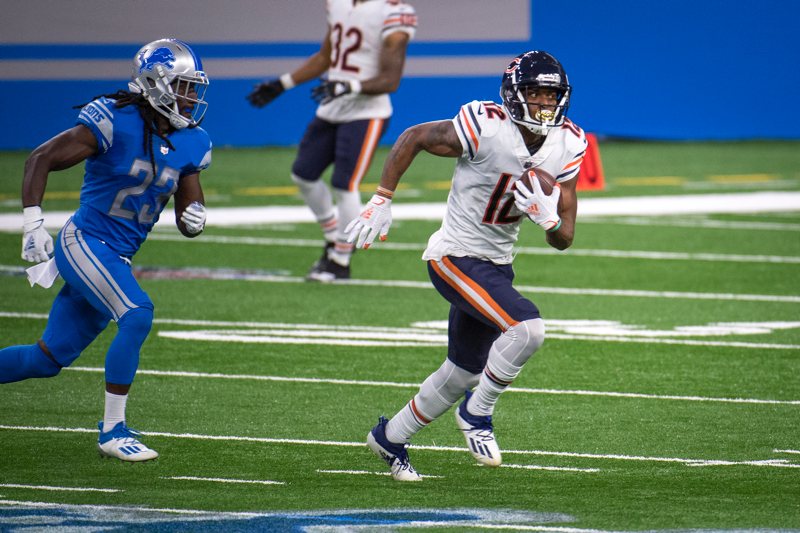 Allen Robinson’s days appear to be over in Chicago, but another NFC North team has emerged as one in pursuit of Robinson’s services for 2022 and beyond.

Chris Burke, who covers the Detroit Lions for The Athletic, shared information from NFL Network reporter Tom Pelissero connecting the Lions as a team with an interest in the free agent receiver. But they aren’t alone:

.@TomPelissero says the Lions, Browns and Chiefs are among the teams in on Allen Robinson.

In addition to the Lions’ interest, the Cleveland Browns and Kansas City Chiefs are also reportedly pursuing Robinson. The Browns’ being in on Robinson after cutting Jarvis Landry is intriguing. Cleveland just brought in Amari Cooper, but could still use some help atop their wide receiver depth chart.

Detroit is pretty bare at wide receiver outside of the breakout that rookie Amon-Ra St. Brown had late in the season. So getting a reliable veteran target for Jared Goff to throw to makes sense for the Lions.

As for Kansas City, I don’t see why Allen Robinson would want anything to do with Matt Nagy (who was hired as the Chiefs quarterbacks coach recently). Especially if he truly believes Nagy intentionally sabotaged his market value during the 2021 season in Chicago. Nagy won’t be calling plays in Kansas City or even be in the receivers room, but I can’t imagine that Robinson will be eager to join forces with Nagy.

Regardless of where Robinson goes, let’s hope he gets a big pay day and helps the Bears secure some extra draft picks:

Here is How Allen Robinson II Can Help the Bears One Last Timehttps://t.co/vjIERWqTpO pic.twitter.com/zmuC0afF16