The Colts Were Trying to Trade For Deshaun Watson, But Reportedly Got Shot Down Skip to content 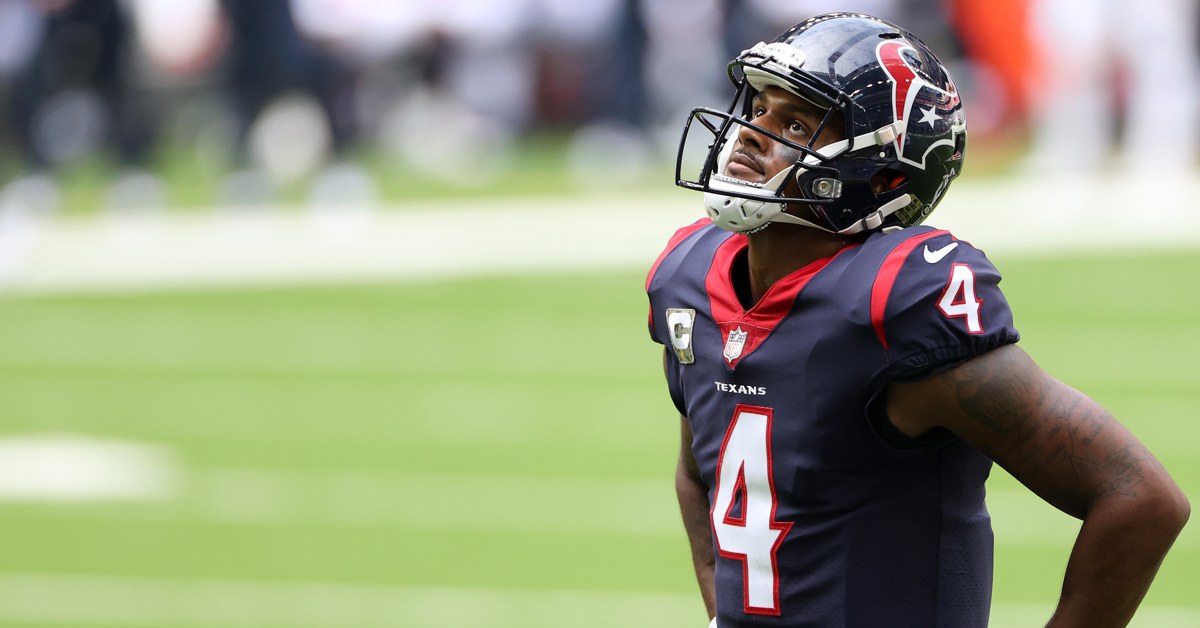 The Indianapolis Colts are a team in need of a quarterback. Meanwhile, the Houston Texans have Deshaun Watson — a quarterback on the trade block who looks to be on the move.

So a match made in dealmaker’s heaven?

Not so long as the Colts and Texans remain in the same division:

Houston has declined Indianapolis’ attempt to speak with Deshaun Watson, per source. Houston comfortable trading Watson – just not in the AFC South.

The Watson trade chatter is back. Houston has him on the block and is shopping him. And while Indianapolis (1) has a need at quarterback and (2) a desire to make a splash move, an intra-division trade between the Colts and Texans isn’t in the works. ESPN’s Adam Schefter is reporting as much, noting that Houston rebuffed Indy’s attempts to speak with Watson so they can maybe work out a deal. Ouch. Tough break for the Colts folks.

If you’ll recall, the Colts and Texans both play in the AFC South, and you’ll probably remember that the Colts just sent Carson Wentz packing for some nifty trade capital. I’m sure Indianapolis had the idea of stacking up on draft capital in an attempt to woo Houston’s front office into making a deal so it could upgrade at quarterback. But, as one might expect, the Texans don’t have much interest in trading Watson to a team they’ll play twice a year.

With that being said, it looks like the Panthers and Saints are the teams in the mix for a Watson trade. Which means, another AFC contender comes out of nowhere, Watson seems destined to be heading to the NFC South one way or another. Of course, things can change if a mystery team pops its head in between now and when a deal goes through. Stay tuned.