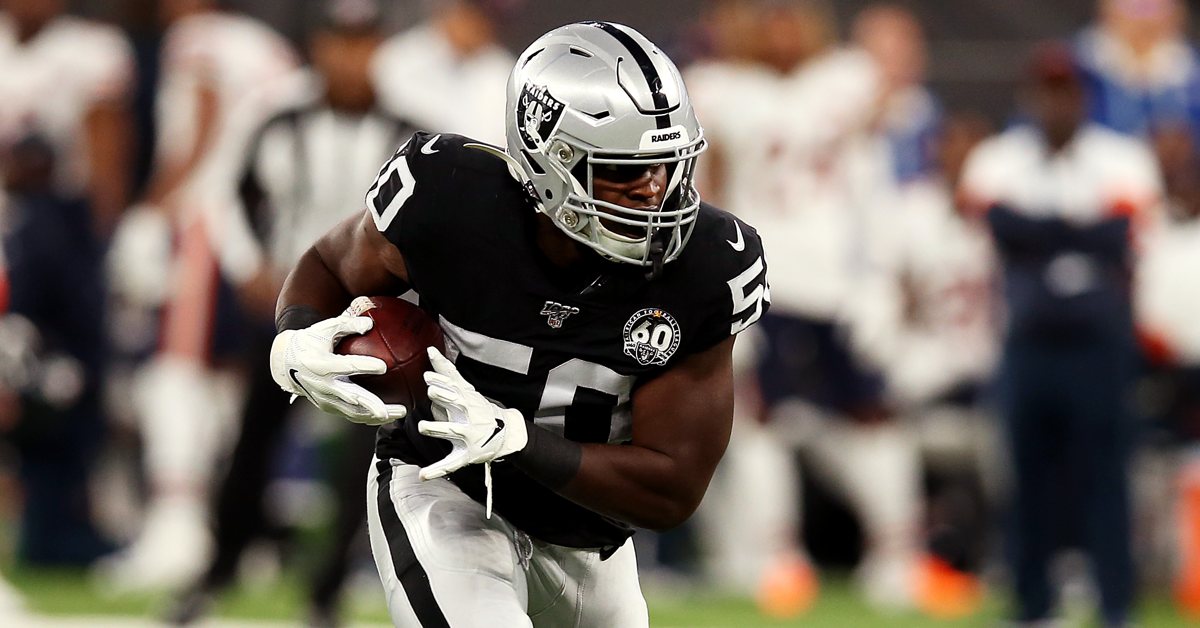 Considering Ryan Poles’ past as an offensive lineman, there is a level of surprise that comes with his first two free agency moves during the “legal tampering” period are coming on the defensive side of the ball.

But then again, the Bears have so many needs at many different spots, Poles could’ve started anywhere.

First, it was defensive tackle Larry Ogunjobi getting a big pay day to join the defensive line. Next up, it is linebacker Nicholas Morrow:

#Bears are expected to sign LB Nicholas Morrow. Spent the last four seasons with the #Raiders.

Whether it is offense, defense, or special teams, part of me thinks it feels nice to be writing about a transaction on the brink of happening. Especially after the conversations we were having as a fandom on the bird app earlier. For now, we’ll turn our attention to Morrow’s pending addition to the defense.

Morrow, 26, joined the Raiders as an undrafted free agent in 2017 and has been climbing the ranks since. After spending time on the right and left sides of the defense, Morrow had a career-best season in 2020. In that season, he played in 14 games (11 starts) and set career bests in tackles (78), tackles-for-loss (8), sacks (3), and quarterback hits (6). Now, that is how you make the most of playing a career-high 75 percent of defensive snaps. Unfortunately, the Raiders didn’t get to see an encore performance because a foot injury before the regular kept him out the whole year. Hopefully, the Bears will get an opportunity to see Morrow shine.