Blame the Jags, Sweetness and the Bad Guy, Grading Ogunjobi, and Other Bears Bullets Skip to content 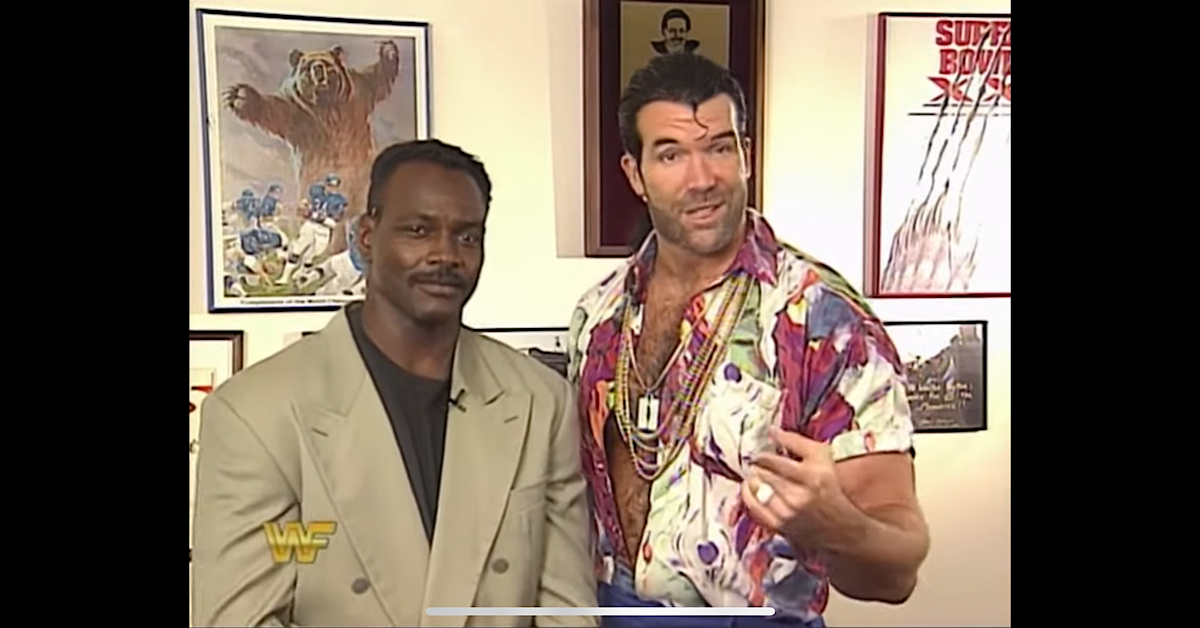 I’m not sure what is bugging me more — that the Jaguars wrecked the free agent market in its opening hours or that they’re stretching The Bachelor finale over multiple nights.

•   Want someone to blame for the Bears’ inactivity when it comes to being a player for offensive playmakers? Aim your glares in Jacksonville’s general direction:

Trent Baalke and the Jags have thrown the free-agency market out of whack. Agents, rightly, want to negotiate deals for their players based off Jax's valuations. The other teams are saying "not so fast."

•   As we opined yesterday, teams yesterday saw what the Jaguars were doing and took a step back. NFL general managers weren’t going to freeze the market forever. But they also weren’t going to let this thing get too out of hand. After all, isn’t that the whole point of negotiations. There is a little give here, a bit there, and in the end, a meeting in the middle that appeases both sides.

•   But, hey, at least the Bears aren’t wholly inactive. They signed defensive tackle Larry Ogunjobi, who plops into the middle of the new-look defensive front with four down linemen. We’ll dig into Larry O when it becomes officially official. First, I found this tweet worth sharing:

I know fans are desperate for the Bears to add OL/WR in FA but the worst thing they can do is overspend for undervalue. Larry O was worth the cash, at a position they had to attack. Poles has to be smart with these deals.

•   On the one hand, I understand saying “enough is enough” when it comes to certain areas. But on the other hand, I struggle to justify the Bears throwing big money at a defensive tackle, only to draw a line in the sand on offense when the deficiencies along the line of scrimmage and at the skill positions are painfully evident.

•   An early round of grades for the Ogunjobi signing are in, and the results are mostly positive. This isn’t unexpected, mind you. Ogunjobi is a solid player coming off a strong year. ESPN (B), CBS Sports (B). and The Athletic (B-minus) give passing grades.

•   On the other hand, PFF cites three consecutive years with sub-60 grades when grading the signing poorly. Ogunjobi didn’t even land among the site’s top-200 free agents. Not great. And when you think about that type of investment when a team has larger needs along the offensive line and at wide receiver, I can understand why Pro Football Focus doesn’t think too highly of this addition.

•   For the sake of context, guard Laken Tomlinson was given a three-year deal worth $40 million that came with $27 million in guarantees from the Jets. That deal is similar to the 3/$40.5M/$26.35M deal Ogunjobi got from the Bears. But the Tomlinson deal grades out as “average” in PFF’s eyes, due to the fact that it checks boxes and fits a need. All for the same price.

•   Free agency is often a marketplace of overpaying. And so long as the salary cap rises keep coming, an overpay now won’t be as damaging as it might look at first blush. A three-year deal that essentially has two years worth of guarantees is a modest move for a player Head Coach Matt Eberflus and Defensive Coordinator Alan Williams probably see as a key cog in their system. Best-case scenario: This is a no harm, no foul kind of deal.

•   Even still … the Bears’ first splash move being a defensive tackle signing is odd. It comes down to this: We don’t think Poles believes the Bears are likely to be great in 2022. Otherwise, why trade Khalil Mack for a second-round pick and the opportunity to clear his cap number off the books? And their cap situation, while improving, wasn’t all that great. But taking all that into consideration makes the Ogunjobi signing weird. The focus always needed to be about putting Justin Fields in the best possible position to succeed. We didn’t see the Bears do anything on that front yet. Which is weird.

•   And this is why I didn’t love the conversations about shopping in the second and third tiers of free agency. The offseason is fluid. Tiers change as this thing evolves. And in many cases, beauty is in the eye of the beholder. For instance, Rams offensive lineman Joseph Noteboom was seen as a second-tier target (before getting a hefty payday from L.A. that shows they thought higher of him than that projection). Cedrick Wilson Jr., a plausible fit as a secondary tier option, also went off the board on that first day. Same for Zay Jones, who got twice as much as PFF’s projected contract was hinting. Among others. All this to say that waiting on the second or third wave of players doesn’t mean to literally sit around and wait. Because that just leaves your team holding the bag.

•   If you’ve got the Amazon package, how you’ll watch TNF is about to look and sound different:

Given the developments at ESPN, Al Michaels to Amazon felt like the next logical domino to fall. https://t.co/qlpM6MGsQP

•   R.I.P. to “The Bad Guy” Scott Hall. May he get an opportunity to shoot promos with Sweetness in the afterlife: