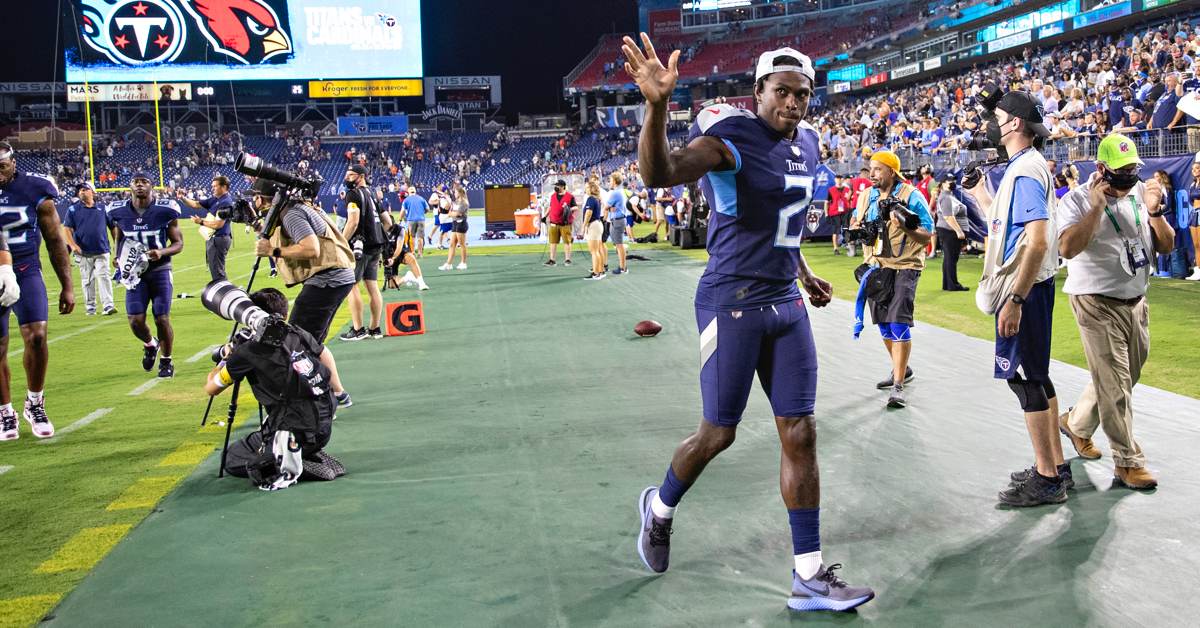 My interest was piqued – on multiple fronts – when the Bears claimed Darrynton Evans off waivers last week.

Bringing on a running back, who was a third-round pick two years ago, with return experience and untapped upside has the potential pay off big. And it still might! But in the meantime, who knew Evans would take on the duties of being a lead recruiter? And one that goes big-game hunting by targeting former teammate Julio Jones:

Would love to see Julio in a Chicago Bears Jersey 🤷🏽‍♂️ could be bias.. bruh STILL HIM !

Evans admits his biases, to be sure. But he isn’t alone in thinking it would be neat to see Julio Jones in a Bears uniform.

Jones, 33, was a recent cap casualty from the Titans (where Evans was playing last year). An injury shortened 2021 yielded just 31 catches, 434 yards, and one touchdown for Jones in his lone year in Nashville. Otherwise, Jones has put together a Hall of Fame caliber career. The Alabama product has 879 catches, 13,330 receiving yards, and 61 touchdowns under his belt. And he also has seven Pro Bowls and two first-team All-Pro nods to his name. Oh, and let’s not forget the countless highlight-reel grabs from over the years.

Bears GM Ryan Poles said he was looking to bring on a play-making receiver who could bail out Justin Fields. And for what it’s worth, Jones has a history of doing just that when he was linking up with Matt Ryan in Atlanta.

Admittedly, Jones feels like a long-shot. But there is no hurt in kicking the tires. And no harm done in Evans lending a helping hand on the recruiting front.