WOW! Von Miller Gets a Six-Year Deal Worth $120 Million From ... The Bills! Skip to content 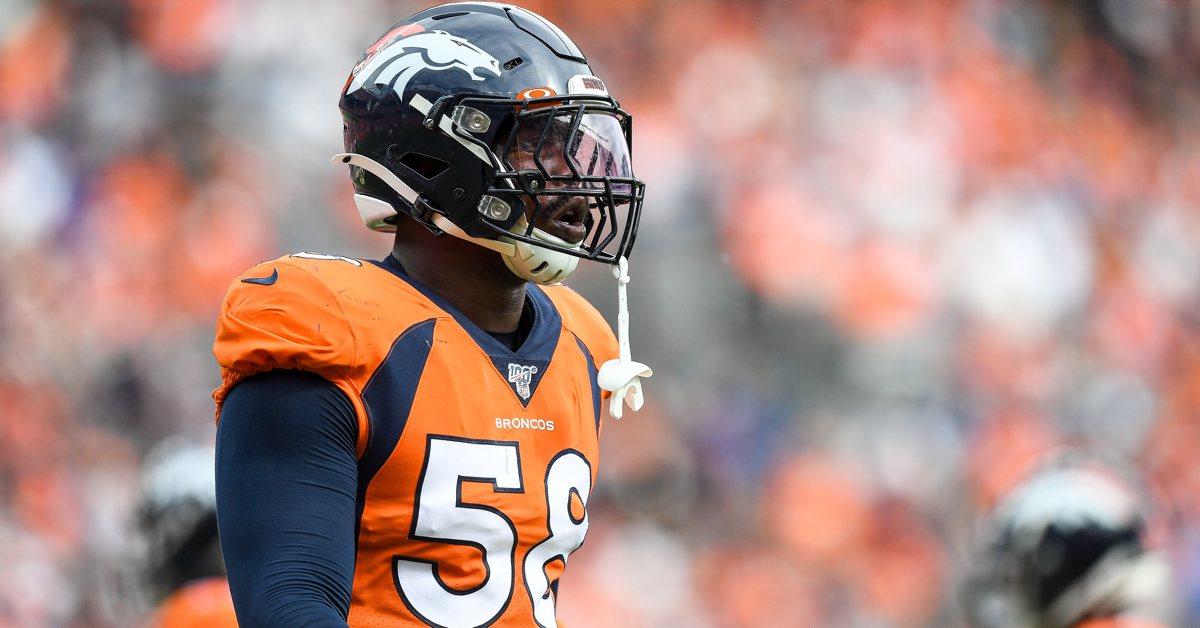 With the Bears aren’t doing heavy lifting in the deep end of NFL Free Agency, I’ve had fun watching it unfold from afar.

One player whose market I’ve been keeping tabs on is Von Miller. The stud pass-rusher is a two-time Super Bowl champion and was a hot commodity going into free agency. There were flirtations with a return to the Broncos, some hinting that the Texas-born star could consider the Cowboys, and re-joining the Rams was always a possibility. But the Bills circling the wagons and ponying up a major contract isn’t something I saw coming:

I didn’t think Miller would get that type of payday as he enters his age 33 season. But I suppose after watching Patrick Mahomes wreck your Super Bowl dreams in consecutive postseasons, scooping up an elite pass-rusher is the right idea.

Good luck being a quarterback in the AFC with Miller, Khalil Mack (Chargers), and Chandler Jones (Raiders) landing in that conference now that the new league year can make things officially official.

And with that being said, I can’t help but wonder if this might re-kindle any potential Robert Quinn trade talks. Because while I wouldn’t go as far as to openly shop Quinn, the Bears would be wise to entertain offers from teams starving to get pass-rush help. Particularly teams that just saw Miller, Mack, Jones, and Yannick Ngakoue (Colts) go elsewhere. First-year Bears GM Ryan Poles said he was looking for creative ways to create more draft capital. Dealing both of the team’s ace quarterback-sackers from the old regime would be as creative as it gets.