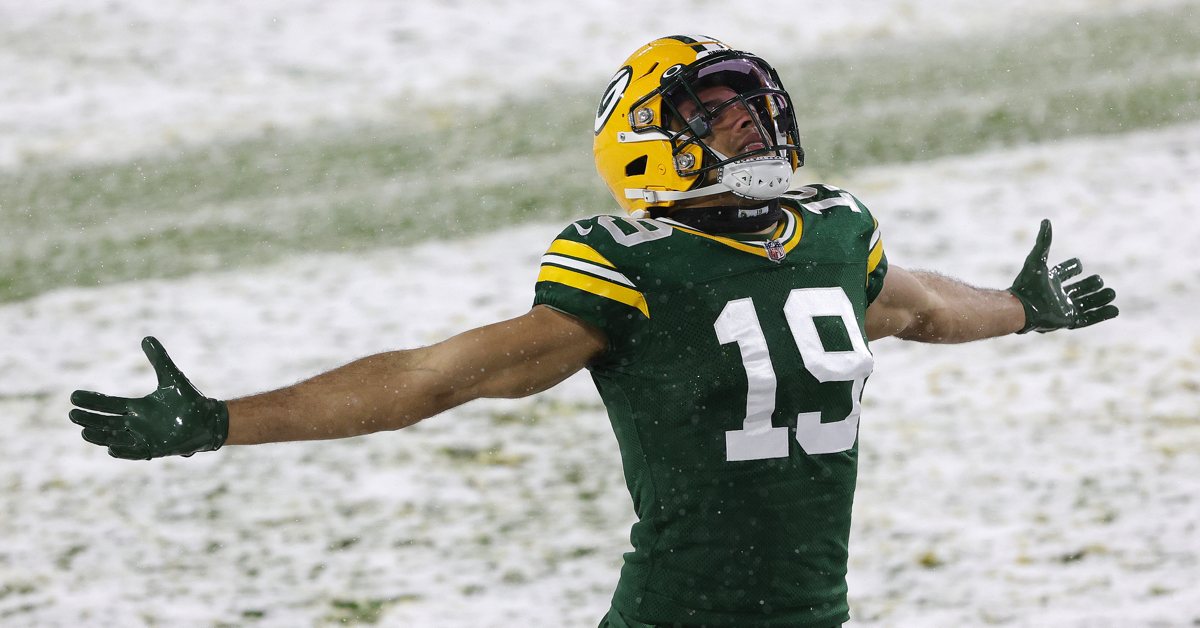 It is beginning to look a little ex-Packery around these parts.

If one more former Cheesehead comes into Bears territory, I’m going to request they bring a case of Moon Man before crossing the border. A small gesture like that would be welcome with open arms. As is having another warm body in the receivers room. Let’s discuss that before I start making requests for a beer run.

St. Brown, 25, was a sixth-round pick by the Packers in 2018. His brother, Amon-Ra, is a receiver for the Lions. Their father, John, is a Mr. Universe winning body-builder. Clearly, high-end athleticism runs in the family. Hopefully, the second chapter of Equanimeous’ NFL stint in Chicago will tap into those skills more than he did during his stint in Green Bay.

During his four years in Green Bay, the Notre Dame product caught 37 passes for 543 yards, and scored one touchdown in 37 games. A major chunk (31 catches, 328 yards) came in St. Brown’s rookie season back in 2018. But an ankle injury in 2019 kept him from playing at all. The connections here are obvious, with new OC Luke Getsy coming from Packerland. However, it is worth noting the Bears reportedly met with St. Brown during the pre-draft process in 2018. Obviously, the GM isn’t around any more. But staffers from that front office remain. Perhaps some good grades on a scouting report and Getsy’s first-hand knowledge of St. Brown as a player helped bring these sides together.

At minimum, the Bears are now closer to having another receiver with substantial pro experience on their roster. It isn’t much. But much like Rome wasn’t built in a day, the same can be said about this receivers room.

No, St. Brown isn’t the Packers receiver some Bears fans were hoping to sign. It isn’t even the other guy who has long been connected to Chicago on the rumor mill. But it is someone with receiver experience. And an existing relationship with the new play-caller. I suppose that isn’t inconsequential in the grand scheme of things. But I hope there are more receivers on their way.