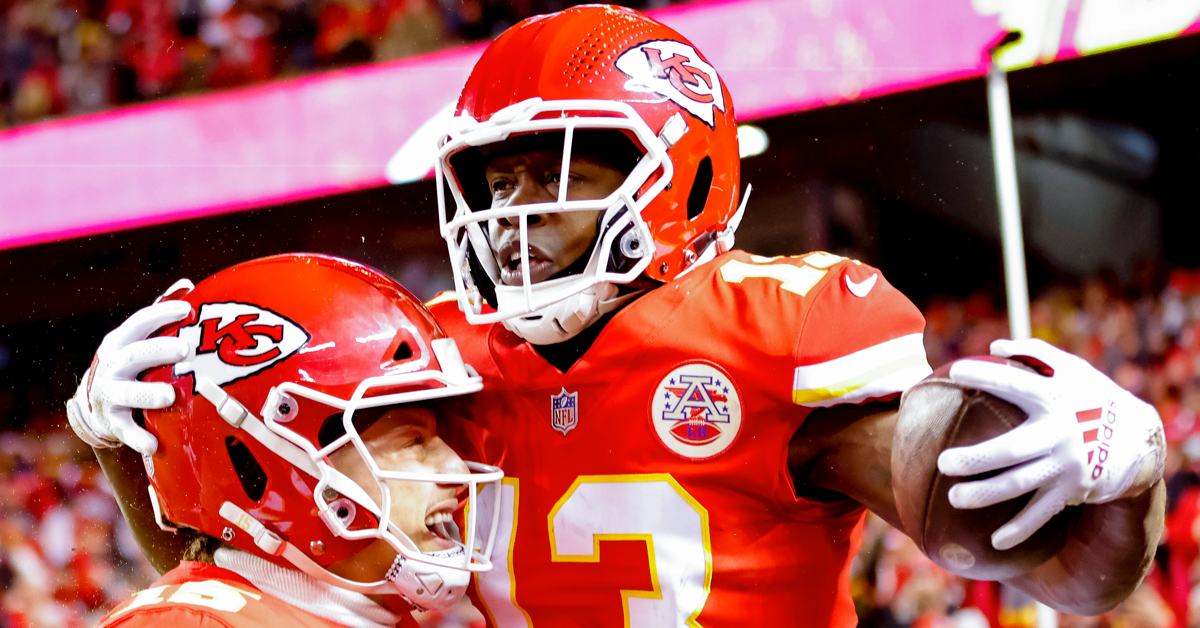 We have been patiently waiting out the receiver market around here, but there hadn’t been much shaking.

But then, the Davante Adams news happened. However, it is the reported signing of Byron Pringle by the Chicago Bears that now takes our full attention:

Per the @KatzBrosSports, Byron Pringle gets a 1-year deal worth $4M fully guaranteed and $2M more in incentives. https://t.co/KrTAz0gK1v

NFL Network insider Ian Rapoport cites the Ryan Poles connection as he shares the Bears’ pending signing of Pringle. The free agent receiver had a mini-breakout in 2021, which put him on some radars this offseason. Pringle put up 42 catches, 568 receiving yards, and five touchdowns in 2021. In two years prior, Pringle had just 25 catches, 330 yards, and two scores. Catching passes from Patrick Mahomes is one thing. Hopefully, Pringle can keep the good times rolling hauling in deep ones from Justin Fields.

Byron Pringle puts on the brakes 🔥

Byron Pringle has a chip on his shoulder pic.twitter.com/zKiTry18Zu

😱 Patrick Mahomes is NOT HUMAN!

What a throw to Byron Pringle for 6️⃣!#INDvsKC

It is a brief snap shot, but I like what I see.

The glow-up came in 2021. And in 2022, with more opportunities on the horizon because Tyreek Hill, Travis Kielce, Sammy Watkins, and Mecole Hardman aren’t eating up targets, perhaps more is coming from Pringle as he joins the Bears.

With the receiver market popping with the Bears signing Pringle and Equanimeous St. Brown, maybe now it won’t stop.