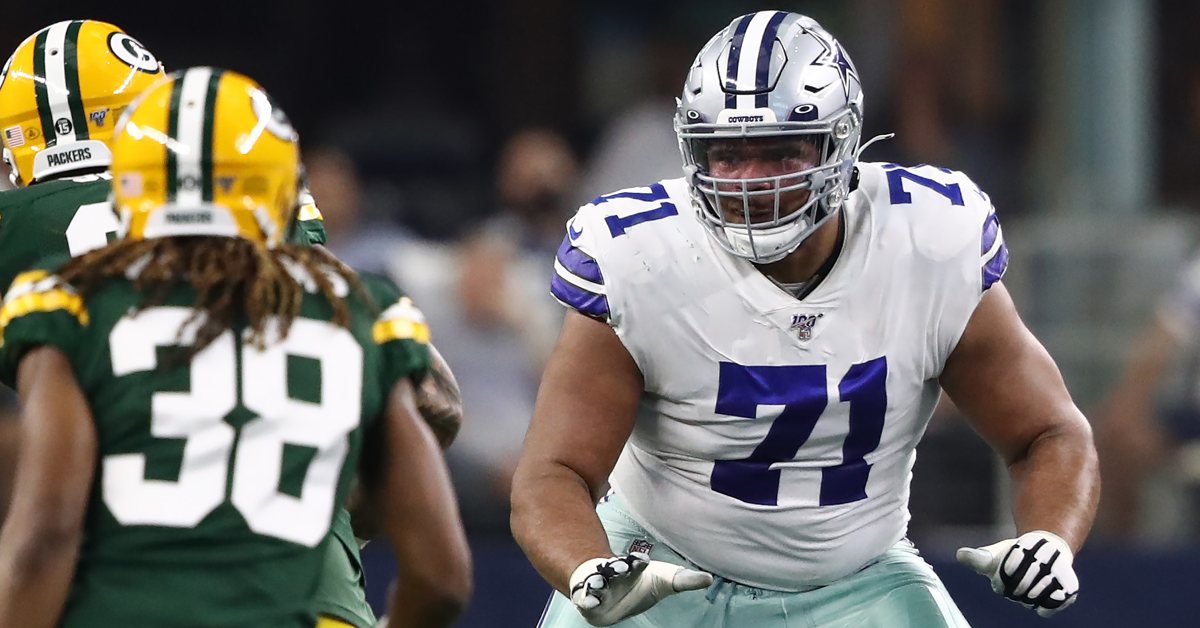 The Chicago Bears need offensive line help. Meanwhile, the Dallas Cowboys have a desire to move a good (but pricy) offensive tackle off their books. But because there hasn’t been a trade market to develop for La’el Collins, all signs are pointing to Dallas releasing another cap casualty onto the free agent market.

The #Cowboys are releasing OL La'el Collins today, sources tell me and @RapSheet. He'll be a free agent.

Assuming there are no last-minute trades, Collins is about to hit free agency. And if he does, the Bears should be outside of his window with a boombox professing their love, admiration, and desire to add an impact offensive lineman in front of Justin Fields. Full stop.

Dallas has spent the better part of a week shopping Collins in trade talks. But to this point, have found no suitors. One reason there might be an issue is that Collins has $10 million coming to him in base salary and has a $15.25 million cap number for the 2022 season. And while Collins remains a solid blocker, that price tag weighs heavily against the Cowboys in their attempts to muster up a trade. Hence, Collins’ pending departure to free agency.

Should Collins hit free agency, the opportunity to sign him feels too good to pass up. Of course, the Bears won’t be the only team inquiring about his services. But they’ll be among those with the most cap space. Not to mention the biggest need. So, stay tuned on this front. Because even after bringing Lucas Patrick into the mix, you can’t have too much offensive line help these days.