Deshaun Watson Changed His Mind - Being Traded to the Browns for a Huge Return, and on a Record Contract (UPDATES) Skip to content 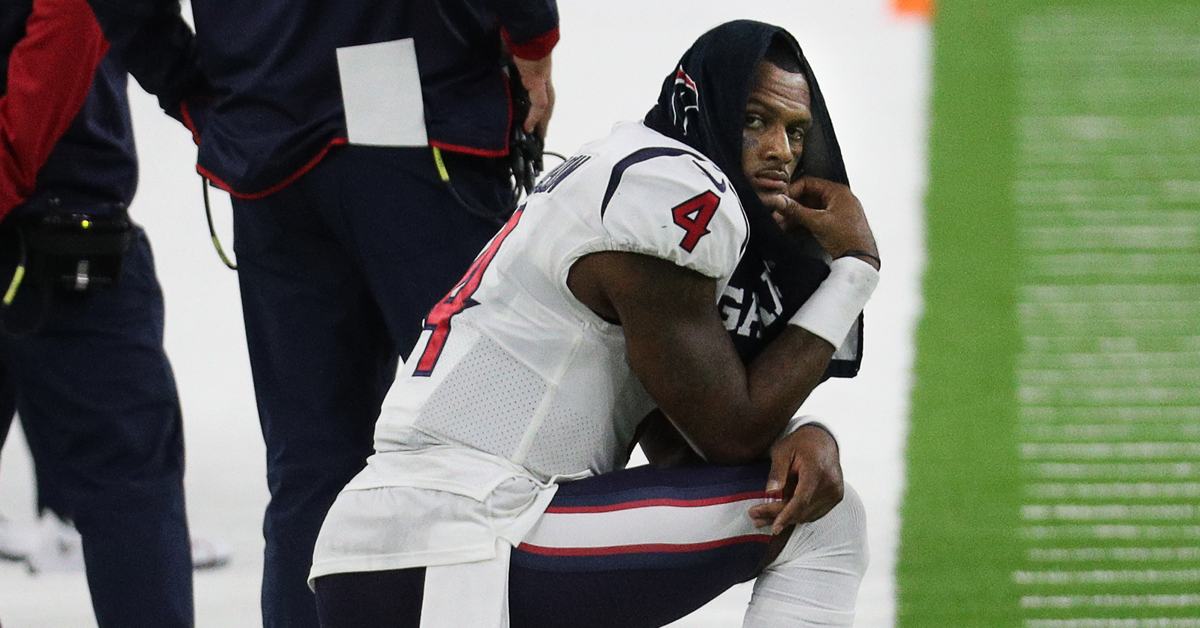 The rest of our original post is as follows below.

After watching the Saints and Falcons jockey for position, it turns out a third contender is the sleeper is on the cusp of landing quarterback Deshaun Watson.

But the Browns … really?

Deshaun Watson has decided he wants to play for the Cleveland Browns in a stunning change of events, per sources. Watson has informed the Houston Texans that he now is willing to waive the no-trade clause in his contract to be dealt to Cleveland.

Deshaun Watson gets a fully guaranteed 5 year $230M contract. That is $80M more than the previous record for fully guaranteed money at signing ($150M). This deal was negotiated by David Mulugheta of Athletes First. https://t.co/nQls9WRpD1

A blockbuster deal is in the works between the Browns and the Texans, which is absolutely wild. And borderline unthinkable as recently as this morning. As we were discussing in Bullets, the Browns were informed that they were ruled out of consideration in the Watson sweepstakes. But less than 24 hours later, it looks like Watson is on his way to Cleveland. Which, on its own, is pretty wild.

Remember, the Browns had *TWO* opportunities to select Watson in the 2017 NFL Draft. With their first pick, they chose Myles Garrett — which, duh, that was an easy pick to make. But instead of using their other first-round pick on Watson, they sent it away in a trade. And while Baker Mayfield had his moments in Cleveland, passing on Watson stung as his star rose. Then again, Watson missing the last year of football while 20+ sexual misconduct claims were prevalent isn’t something we should gloss over in this trade. While on the sidelines, Watson was still on the trade block. But nothing ever came to fruition. However, after the last week cleared the way for trade talks to re-open, Watson is out of Houston.

As a matter of duh, the Browns will now trade Baker Mayfield, something he had just requested (and was denied) yesterday. What a mess.

Deshaun Watson will be the new QB of the Cleveland Browns. A real thing. The #Browns will now trade Baker Mayfield.

The Browns are trading three first-round picks, and two additional picks to the Texans for QB Deshaun Watson, per sources. Wow. Wow. Wow.