It Didn't Take Long to Find a New DT: Bears Are Reportedly Signing Justin Jones Away from the Chargers (UPDATES) Skip to content 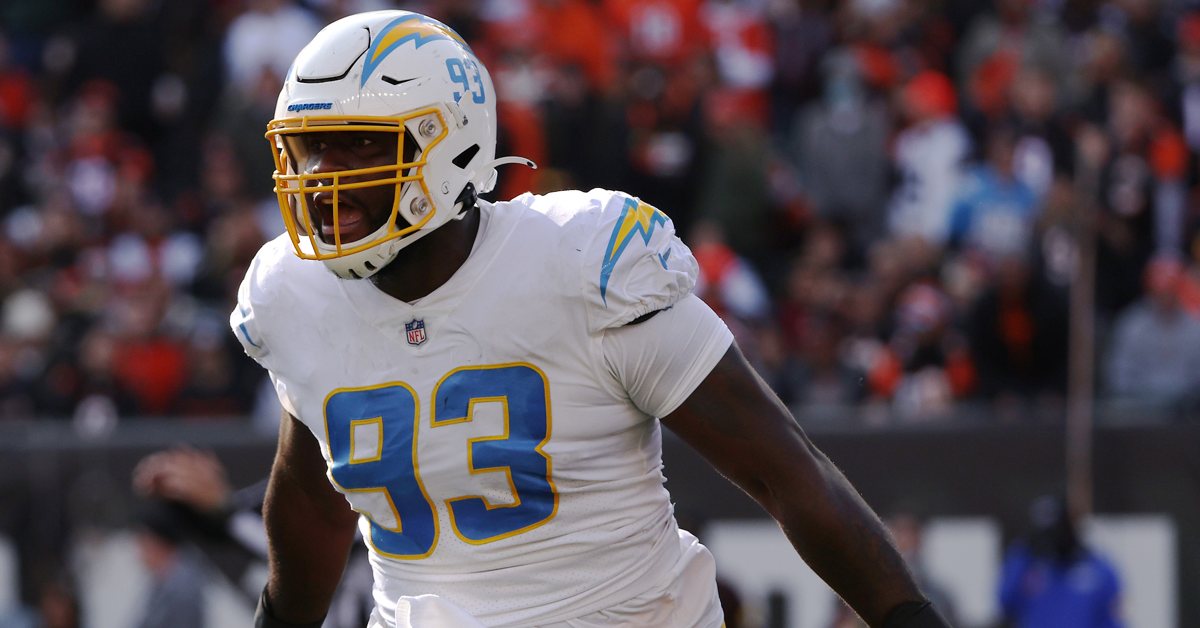 The Larry Ogunjobi failed physical report (and his subsequent departure) threw the Bears world through a loop.

DL Justin Jones is signing with the #Bears on a two-year deal, per source.

Two years, $12 million on this deal for Justin Jones and the #Bears. https://t.co/yqvleXMWR8

It is a two-year deal for Jones, a 25-year-old defensive lineman who has spent the first four years of his career with the Chargers. A third-round pick in 2018, the North Carolina State product has 51 games (35 starts) worth of experience. He has been a primary starter in each of the last three years, with the 2021 season being the most productive of the bunch. Jones had 3 sacks, 5 tackles-for-loss, and 5 quarterback hits while playing 11 games. Not bad, considering his playing time was limited because he spent time on IR with a calf injury in October.

We’ll see what is next for the Bears. Obviously, the Ogunjobi departure tweaks things a bit. And I’m not sure if Jones is a traditional three-technique defensive tackle like Ogunjobi was projecting to be. Nevertheless, the Bears have a new slab of big-bodied man in the middle of their defense. The 6-3, 309-pound Jones is reportedly Chicago bound. I suppose he’ll have to pass a physical first. So, don’t go buying jerseys just yet.