The Titans Are Reportedly Landing WR Robert Woods for a 6th Round Pick (And I Am ... Perplexed) (UPDATES) Skip to content 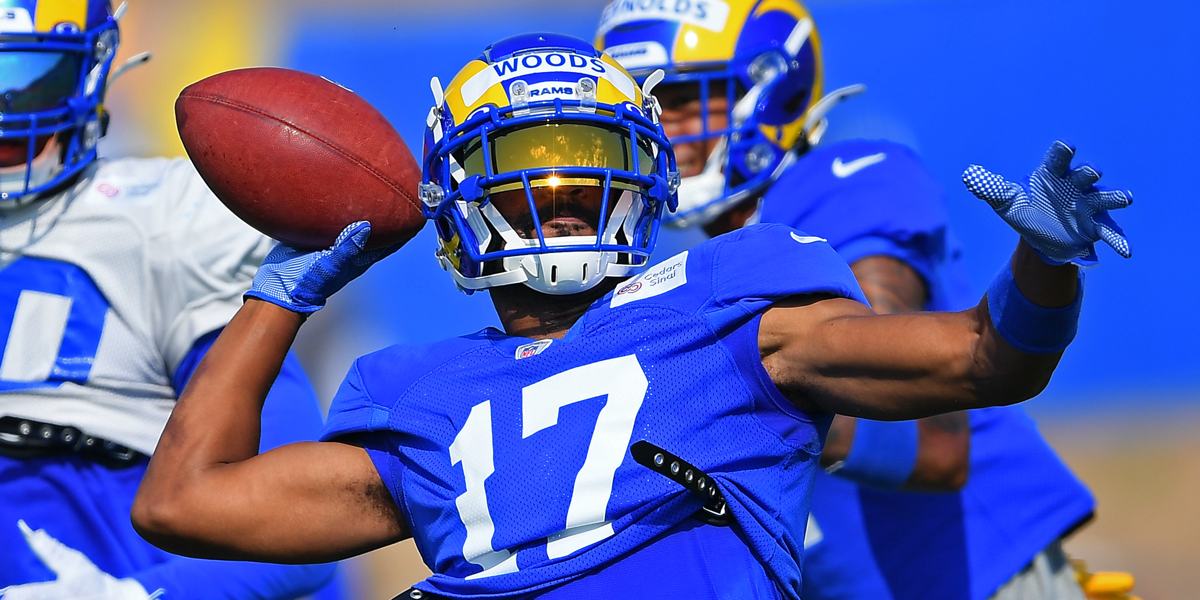 The free agent wide receiver market hasn’t fallen the way the Bears would’ve been hoping for at the outset. But that’s cool. It’s OK. Free agency has multiple layers. The number of available players with quality NFL experience remains higher than you would otherwise expect after six days of free agency.

There are other ways to find a quarterback some pass-catching help, too, in the weeks ahead. The NFL Draft is still a month away. Surely, there will be receiver options available when the Bears go on the clock in Day 2.

Also, we shouldn’t overlook adding Equanimeous St. Brown and Byron Pringle as down-the-pecking-order depth chart options. Every little bit helps. As a reminder, it can come in different ways. Maybe if it comes in the form of a receiver with a decent floor and untapped potential who can chip in on special teams (Pringle). Or perhaps someone with legitimate WR3 upside (St. Brown) if everything (including his health) breaks his way.

Even still … those additions would look a lot nicer if there was another established, high-end pass-catcher. Which has me thinking about the trade market, where GM Ryan Poles has not yet been active, and I’ll admit some frustration.

Unfortunately, another one of those possible targets is off the board. That is because Robert Woods is reportedly being sent from the Rams to the Titans:

Compensation update: Titans are trading a 2023 sixth-round pick to the Rams for Robert Woods, per source. https://t.co/d3OHzPchnr

ESPN’s Dianna Russini reports the Rams-Titans swap, while teammate Adam Schefter chimes in with news that a sixth-rounder is going the other way. To which I say — are you kidding me!?

The Titans were successfully able to land a two-time 1,000-yard receiver for a sixth-round pick. Yes, I realize Woods is coming off a season that was cut short due to an ACL injury. And I understand he has cap numbers of $15.7M, $15.95M, $17,95M, and $19.5M coming to him over the next four years (though it’s not all guaranteed). But isn’t that easily worth the risk for this player at that price. What gives?

I suspect Brett was stifling the same frustration at this trade and the other non-Bears moves that have preceded it:

Did Ryan Poles decide the best way to develop Justin Fields was to make him play on Ultra Hard Mode?

Hahahaha. Wait. I hope that isn’t what is actually happening. This isn’t some test to see if Justin Fields can make chicken salad out of chicken droppings, is it? Nah. It’s all jokes, right. RIGHT!? WE’RE ALL HAVING FUN AND MAKING JOKES!

Maybe the big-picture takeaway here is that first-year GM Ryan Poles is so committed to clearing the decks for 2023 that rolling the dice on a Wood trade wasn’t plausible for his overarching plan. If that happens to be the case, then I can dig it. Heck, I’d even go as far as saying I like it. Cleaning up someone else’s mess is never easy, and it sure as heck isn’t fixable in one offseason.

HOWEVER … you have to surround Justin Fields with *SOME* talent this year for the sake of his development. Otherwise, you’re positioning yourself for conversations regarding wasting Fields’ skills set on an undermanned receiving corps that we had when it came to Mitchell Trubisky. And then you don’t even know what you don’t know about a player. I want no part of that ever again.

So, uh, do something? Please…

Eagles, Browns and Bears were all very interested in Robert Woods. Green Bay also but moved too slowly. Woods loved the idea of going to the Titans, and the Rams made the move.

On the one hand, it is somewhat encouraging that the Bears were in on this derby. And sneaky about it, too. I can respect that. But on the other hand, that is now twice we’ve seen a receiver move for a light price (in terms of draft capital). Bummer. At least I feel better now knowing that Poles was involved.