The Colts Are Closing in on a Trade for Falcons QB Matt Ryan (UPDATE: It's Done!) Skip to content 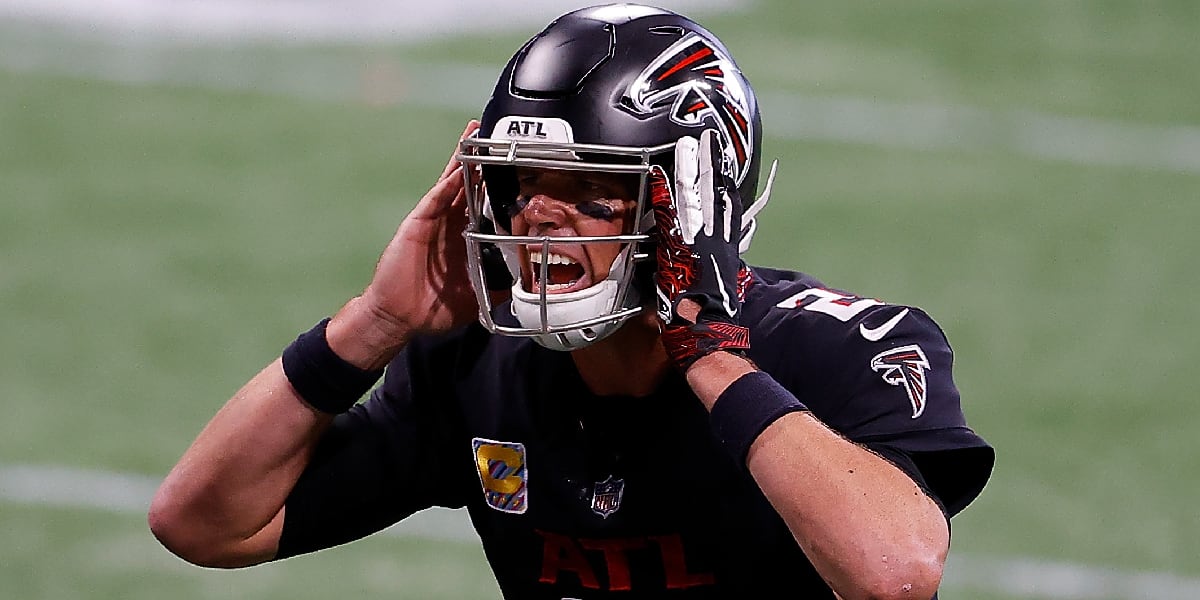 No sooner than when we hit publish, the deal went down:

There is no team more familiar with the offseason quarterback carousel than the Colts.

Indianapolis has had four different Week 1 starting quarterbacks in each of the last four seasons.

And if this Matt Ryan deal goes through, then that would make it five-for-five:

Scoopage: Colts are trying to work out a trade right now with Atlanta for QB Matt Ryan @nflonfox. Not completed yet but trying to finalize

The two sides have made progress on a deal. Nothing done. But a big few hours loom. https://t.co/YVDlHGY6nF

#Falcons are trading QB Matt Ryan to the #Colts for a 3rd round pick, according to @PatMcAfeeShow

Once this deal gets ironed out, it will send Ryan – a four-time Pro Bowler and 2016 NFL MVP – to the Colts. A team so desperate for quarterbacking upgrades, it has made trades in consecutive offseasons for established veterans in hopes of filling a need. And here I am thinking the Bears were going through it at the position. I mean, they have … so, don’t get me wrong. But this is a whole lotta turnover at the position transitioning from Andrew Luck, Jacoby Brissett, Philip Rivers, and Carson Wentz. But I suppose that is why you make a trade for someone like Ryan, who will hopefully put a stop to that spin cycle.

We’ll hash out details when they come across the wire. But in the meantime, I can’t help but think about how this could impact the NFL Draft. In short, seeing the Falcons trade away Matty Ice puts them squarely in a position to draft a quarterback with the No. 8 pick. Would it be Liberty standout Malik Willis? Ole Miss star Matt Corrall? Pittsburgh’s Kenny Pickett? Atlanta has options, to say the least.

At this point, I’m rooting for all the quarterbacks to go in the first round. Because the more quarterbacks who go off the board in Day 1, the better the odds of a first-round caliber talent at a skill position spot that the Bears need to fill falls to them with the 39th overall pick. So, let’s monitor this situation and what happens with quarterback stock as the offseason trudges along.