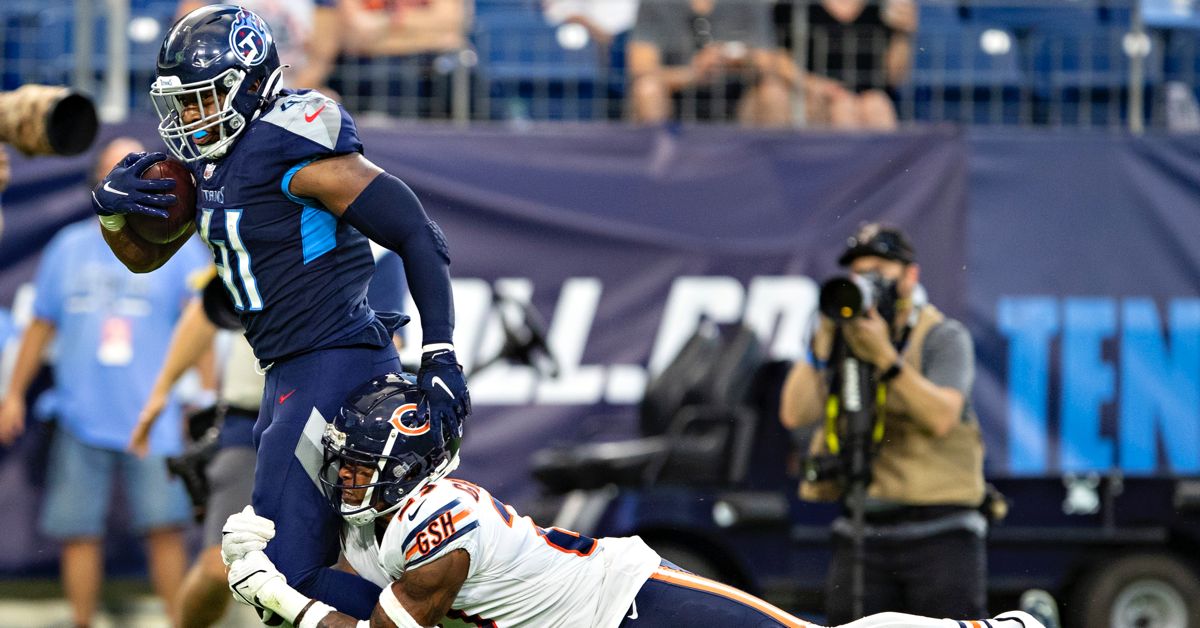 Under Matt Nagy’s watch, the fullback appeared to be going the way of the dodo, evening newspapers, and bonus tracks on rap albums that come after two minutes of silence at the end of the last song.

But the times are changing with Nagy gone. And with GM Ryan Poles calling the shots and bringing in bodies for Luke Getsy’s offense, the Bears announcing the signing of fullback Khari Blasingame is a throwback:

Adding some 💪 to our backfield.

We have signed @KhariBlasingame to a one-year contract.

So far, new Bears running back Darrynton Evans is 1-for-1 in his recruiting efforts (with one case still pending).

It is a one-year deal for Blasingame, who has played in 32 games over the last three years with the Tennessee Titans. The Vanderbilt product is a running back by trade, but has had a smooth transition into becoming a full-time full back.

Grading out a fullback can’t be easy, but the 75.2 pass-blocking grade from PFF last year looks good. And his 65.2 grade as a run-blocker isn’t all to shabby given the context of the position and the grades of his peers.

With all that being said, I’m pretty geeked up about having a fullback again. Maybe a little too geeked up, but I’ll wear it. Because while the fullback isn’t a premier position in modern football, they can still be useful cogs in the offensive machine. Watch how the 49ers deploy Kyle Juszczyk in their offense. Remember how the Chiefs were deploying 2018 Pro Bowler Anthony Sherman throughout his career. Understand how C.J. Ham continues to plow away for the Vikings. Fullbacks have value when put in the right role. This isn’t to say bringing in Blasingame is a game-changer. But help from every corner is necessary when building out an offense that needs work.