Hope for Fields, Hill on the Move, Bush Follows Nagy to KC, Vikings Sign Another Ex-Packer, and Other Bears Bullets Skip to content 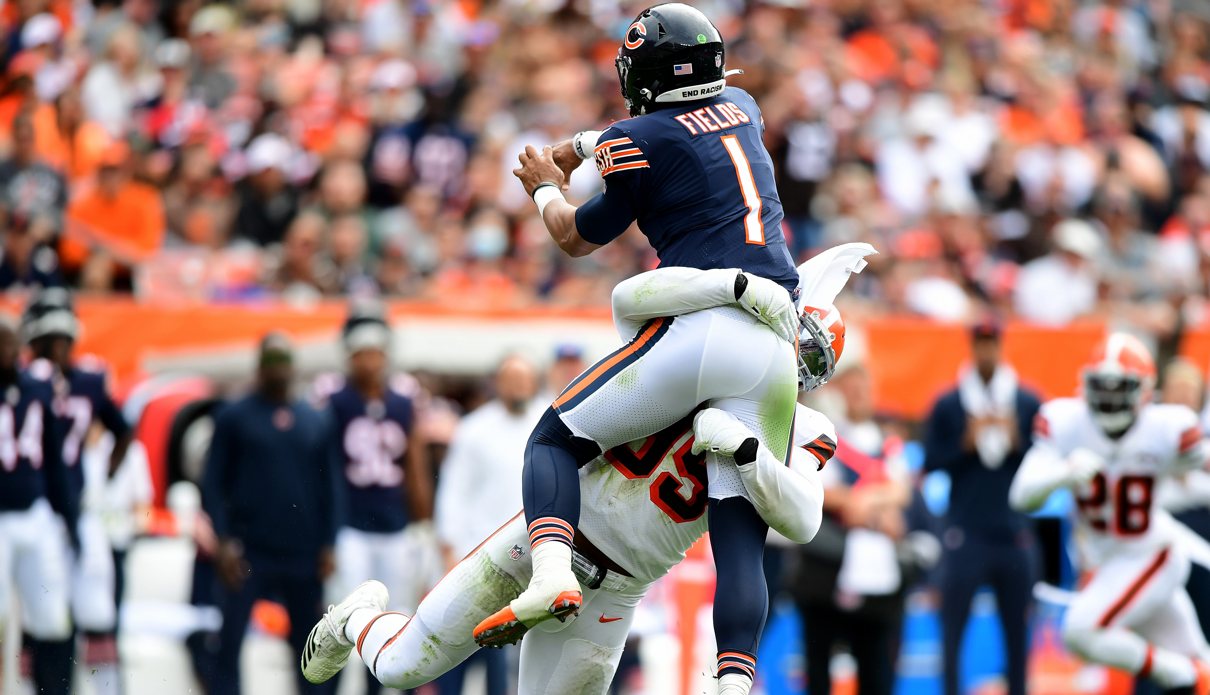 My friends, y’all have some voting to do:

•   The most bonkers NFL offseason continues with Tyreek Hill being sent to the Miami Dolphins in what is yet another game-changing deal of a star player switching teams. Unbelievable.

•   As for the Bears, there has been a whole lotta nothing in terms of adding impact players. It isn’t as if they’ve been wholly silent this offseason. Justin Jones and Al-Quadin Muhammad are nice role players joining the defensive line. Byron Pringle and Equanimeous St. Brown shore up the back end of the receiver depth chart. And Lucas Patrick brings experience and versatility to the offensive line. The Bears needed all of these things. But it feels like something is missing.

•   I suppose that something could’ve been left tackle Terron Armstead. Instead, Armstead signed with the Dolphins (who appear to be pretty busy this offseason). Even after sleeping on it, not landing Armstead is still a bummer to me. Are the Bears a top-shelf LT away from contending? No. But depending on the construction of the deal, it could have been easy to line it up with Fields’ rookie contract. Then again, the same could’ve been said about La’el Collins and the three-year deal he got from Cincinnati. Essentially a two-year pact with a third thrown in for cap balancing purposes, that would’ve aligned with moving toward building while figuring out who Justin Fields is and what he can be as a quarterback. The offseason is far from over. But the early going has been disappointing to watch from afar.

•   Meanwhile, the Vikings pass-rush became that much more fearsome with Za’Darius Smith teaming up with Danielle Hunter in Minnesota:

•   The Vikings have long had a thing for snagging ex-Packers players after their playing days in Green Bay are over. The past isn’t always indicative of the future. But seeing the Vikings pry away an ex-Packers standout, I think of Greg Jennings, Darren Sharper, Ryan Longwell, and Brett Favre. Those were some dudes who ultimately never got the Vikings over the hump. Will this be any different?

•   Before I worry too much about Justin Fields, this quote from free agent NFL linebacker K.J. Wright during an appearance with 670 The Score’s Laurence Holmes gives me reason to have optimism:

“Justin Fields, you can tell, has all the tools to be successful. I love his deep ball. I love the way that when the play breaks down, he’s not afraid to take off running. You can tell that they reached up and took him in the draft for a reason. I love his confidence. I love his demeanor. When he’s out on the football field, he doesn’t get too rattled.”

•   The tools and athleticism are there for Fields. We’ve seen it only in flashes at the pro level, but we’ve seen it in big moments. And it feels like that matters.. The work ethic for Fields is there, too. Fields constantly shows up on Instagram reels and Twitter vids working out trying to hone his craft. That stuff matters as much as having the talent. The combination of skills and hard work can do a number on opponents. Now, if only Fields had some dudes to throw to and some more security in the trenches.

•   I did a thread with some expanded Bears thoughts:

•   Deon Bush, a nice piece to the Bears defensive puzzle who was taking snaps at both safety spots and as a slot defender in big nickel packages, is taking his talents to the Kansas City Chiefs, per ESPN’s Adam Schefter. Is Matt Nagy hosting a reunion party?

Kyle Davidson’s first trade deadline as General Manager of the Chicago Blackhawks is in the books, which means it’s now time to take an early look at how the rookie GM performed. #Blackhawks https://t.co/bIQ4IsclqL

Did GM Kyle Davidson Miss Some Opportunities at the NHL Trade Deadline?https://t.co/CHWhzUUTpL pic.twitter.com/2mRWs3PoQ4

•   The Bulls are going through it right now. But that won’t stop me from trying to find something positive to latch onto as the regular season winds to a close:

If you’re looking for something positive, Patrick Williams had himself a really strong debut against the Raptors.

As one of the most exciting young players on this roster, I’m just glad we finally get to watch him grow again.

•   If things go well for the Cubs this season, I think they’ll have a top-10 farm system in baseball by year’s end:

The Cubs Have the Fourth Most “Quality” Prospects in MLB (And Another New No. 2) – https://t.co/emVnObh1QR pic.twitter.com/FSYV8WRgWP