Didn't See This One Coming: Bruce Arians is Retiring and Todd Bowles is Taking Over as Bucs Head Coach (UPDATE) Skip to content 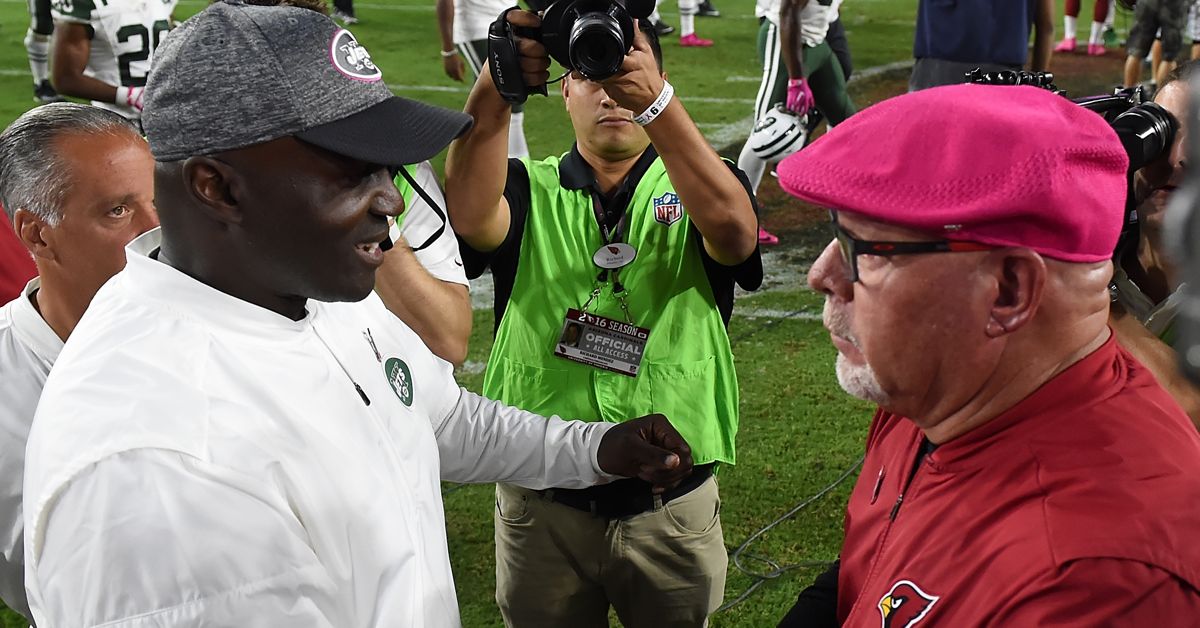 This NFL offseason has hit me with more befuddilzation than I could ever expect.

Coach and general manager hiring cycles were nuts. Player movement was wild. Things were so bonkers, that Tom Brady retired and unretired in the matter of 40something days.

But Peter King and Sam Farmer reporting that Bruce Arians was retiring from coaching and was handing the reins to Todd Bowles is something I straight up did not see coming:

Bruce Arians is transitioning to the front office as our Senior Football Consultant. Todd Bowles has been named head coach.

Arians, 69, has had a nice coaching career. The 2012 NFL Coach of the Year while with the Colts, Arians amassed an 80-48-1 record all-time with stops in Indianapolis, Arizona (2013-17), and Tampa Bay (2019-21). An offensive innovator, his most successful seasons have arguably been his last two with the Buccaneers. Tampa won three road games en route to becoming the first team to ever win the Super Bowl in its home building in 2020. A year later, the Bucs won 13 games and the NFC South before getting knocked out by the eventual Super Bowl champion Rams. It is an impressive résumé, no doubt. But I didn’t expect we’d be closing the book on his coaching career in 2022 — especially after Brady announced he was coming back for another year.

I suppose the most unique thing about this situation is that Arians handing the keys to long-time assistant Todd Bowles. A long-time trusted Arians lieutenant, Bowles has been with Arians dating back to their time with the Cardinals. Bowles was a head coach with the Jets from 2015-18 before linking up again with Arians in 2019 (snubbing the Bears in the process). Not many coaches get to do something like this, and I can’t imagine the Bucs having an issue with transitioning Arians into a front office role and giving him an opportunity to pick his successor. Even still … WOW!

Part of me wonders if this has been in the works for some time. After all, Bowles interviewed for a bunch of the head-coach openings this offseason (including the Bears) but didn’t land a gig. And it’s not like he was undeserving of another shot. In the end, he’ll get it. Plus, he’ll get to do it in a far more palatable situation than one of the rebuilding teams that had him in for interviews this offseason.

Buccaneers are doing away with the remaining two years on Todd’ Bowles’ defensive coordinator contract and are giving him a new five-year, head-coaching contract, league source tells ESPN.