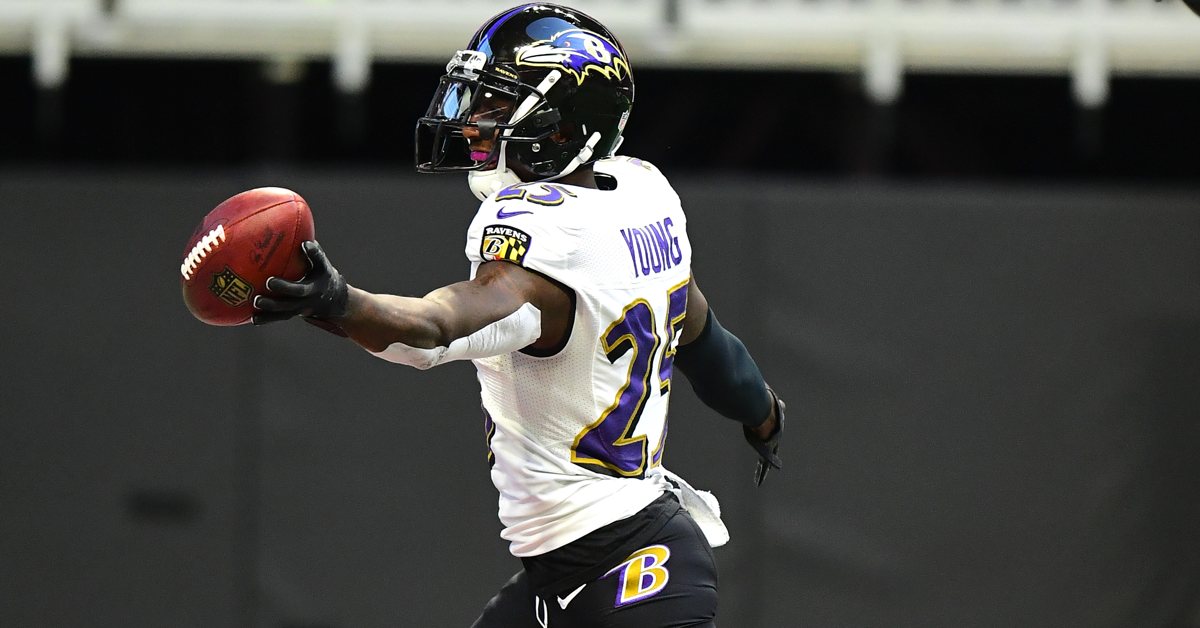 One thing Ryan Poles said that has stuck with me throughout the offseason is how much he values players who take the field with a chip on their shoulder. Particularly, free agents, who probably feel as if they could’ve gotten bigger, better, and longer deals elsewhere, but for whatever reason, were unable to secure that type of contract.

Tavon Young seems to be one of those types of players. In 2019, the Ravens made him the NFL’s highest-paid slot cornerback. But three offseasons later, Young will be out to prove himself again. This time, in Chicago, where PFF’s Ari Meirov is reporting Young will sign a one-year deal with the Bears. One that could help re-establish his market if the ball bounces in his favor:

Young, 28, is a cornerback with 50 games (24 starts) worth of experience and was a popular member of the Ravens before being cut in a move to save Baltimore $5.85 million in cap space. Injuries (knee in 2017 and 2020, neck in 2019) have been problematic for Young throughout his career. But he was able to gut out a full 17-game campaign in 2021. And yet, he still found himself on the chopping block as Baltimore was creating cap space earlier in the offseason. The NFL can be a cold place, but the Bears could be in line to benefit from the Ravens’ cap cutting maneuver.

In all likelihood, Young slides into a slot cornerback role in Chicago.

And with good reason:

Even still … limiting Young to that role would capture only part of his potential. Last year, Young spent time in the slot (342 snaps), out wide (162 snaps), and in the box (34 snaps). Sure, he’ll primarily roll out in the slot. But Young has the type of versatility that could allow new Defensive Coordinator Alan Williams to deploy him in a number of different roles. That seems to be a theme with the Bears’ secondary. Because in addition to the Young signing, Chicago also brought in Dane Cruikshank (played free safety, box, slot, and wide corner) and brought back of DeAndre Houston-Carson (box, free safety, slot corner, wide CB, d-line). All things considered, it makes sense seeing the Bears prioritize versatility in their new-look secondary.

The Bears still have some work to do in building out this roster. But adding a veteran at a position of need who has a proven track record of success is a nice touch. Credit new GM Ryan Poles for a solid value signing, especially after seeing how the previous regime ignored cornerback needs last offseason. At minimum, adding Young to the mix lessens any pressure to reach for a cornerback in the NFL Draft later this month. But we’ll see how that shakes out for the Bears, who will go on the clock with a Round 2 selection three weeks from today.

UPDATE — NFL reporter Aaron Wilson has contract details, which look like an absolute bargain for a player with Young’s skills and upside: