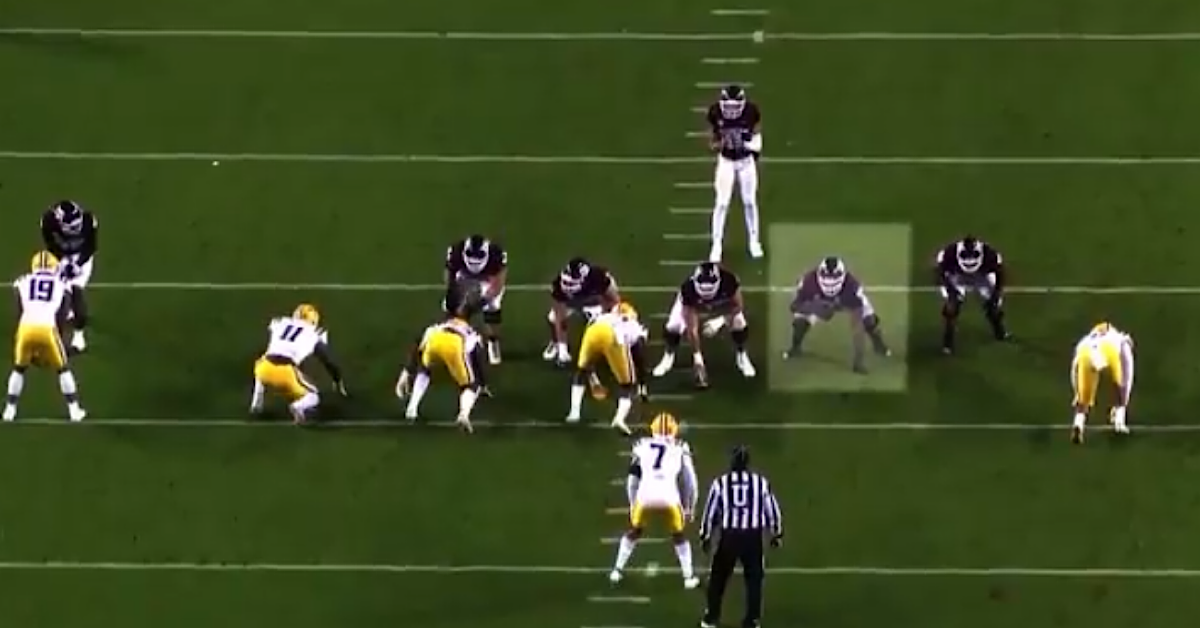 I can’t overstate the Bears’ need for upgrades along the offensive line.

Don’t get me wrong. There are usable pieces there for new OC Luke Getsy and OL Coach Chris Morgan.

Cody Whitehair is a rock. Even knowing that last year was a “down” year, Whitehair remains equal parts dependable and durable at left guard. Lucas Patrick is a respectable addition fortifying the interior, whether he plays center or guard. Teven Jenkins has a strong prospect pedigree and plays with an edge that makes it easy to dream big when it comes to his future. Larry Borom beat the expectations that generally come with Day 3 rookies who are still a bit raw. All of which is to say there’s still room for internal growth and improvement from the guys in-house.

But with the Bears scheduled to go on the clock with their first pick in the NFL Draft three weeks from tonight, there is still one major avenue to bring impact to the offensive line from the outside. Among the Bears’ options could be All-American offensive lineman Kenyon Green, who PFF’s Ari Meirov reports is set to visit with Chicago ahead of the draft:

Sources: Texas A&M All-American OL Kenyon Green, who made starts at every single offensive line position except center this past season, is with the #Cowboys today.

Green has a monster résumé and should have oodles of teams drooling over the opportunity to draft him. First-team All-SEC honors in 2021 following a second-team all-conference nod is pretty neat. But earning consensus All-American honors in back-to-back years is even more impressive for the 6-3, 323-pound offensive lineman. NFL.com draft analyst Lance Zierlein describes Green as “bulldozing drive blocker” who “feasts on slabs of ribs when helping in protection” while giving him a favorable comparison to Richie Incognito’s playing style.

At this point, you’re probably wondering how the Bears can even get in on a prospect like Green. And, frankly, you’re not alone in having that thought.

After all, Green might be gone by the time the Bears can pick. And with good reason:

Kenyon Green is one of the strongest players in this entire draft class. He possesses an extremely strong punch to move guys on contact. This also aids him in the passing game where he stops blitzers in their tracks with a good strike. pic.twitter.com/j3n0Z8Gh9f

If Texas A&M LG Kenyon Green somehow falls out of Round 1, the #Bears need to be all over him.

Refined blocker with great pad level, a strong frame, quickness and a mean streak. Don’t get why momentum has slowed on him; he’s a Day 1 starter. pic.twitter.com/GPvc4PAvjG

Most mock drafts have him with a first-round grade who goes off the board relatively early. But after playing tackle at Texas A&M, Green projects to be a guard at the NFL level. So while teams love the idea of bolstering the big boys up front, front offices tend to value tackles above interior linemen. In other words, Green’s positional value might bump him down in Round 1. Perhaps out of the round altogether. Maybe that could lead him to fall into the Bears’ laps when they go on the clock with the 39th overall pick. That the Bears are angling to meet Green suggests they want to be ready just in case that happens.