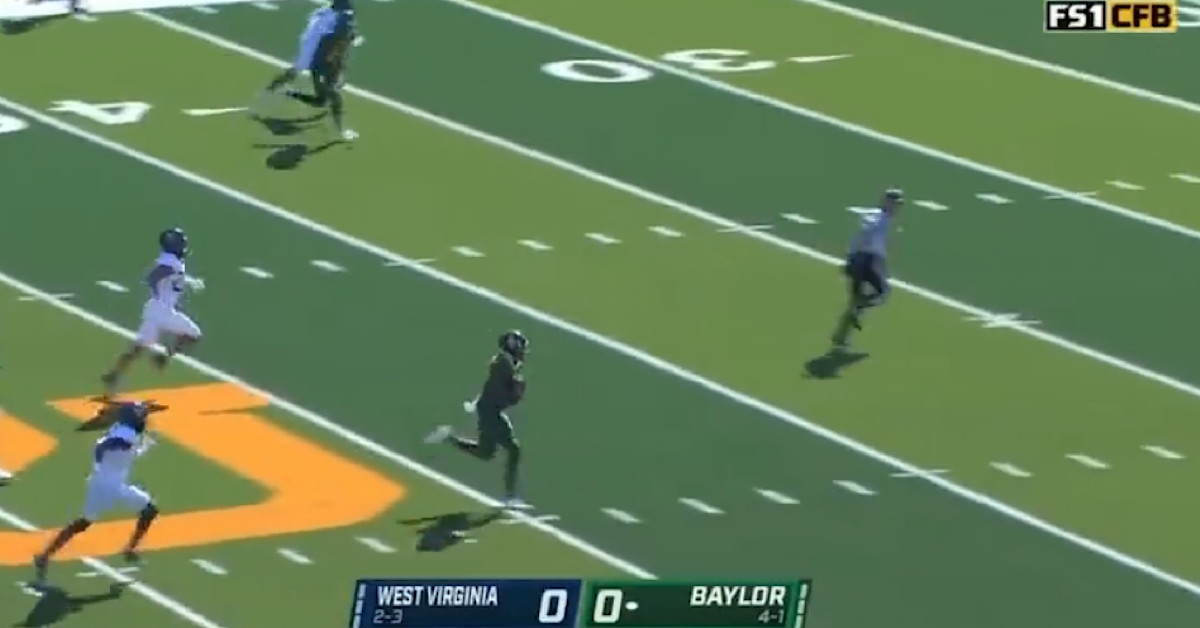 Tyquan Thornton had himself a showing at the NFL Scouting Combine in Indianapolis.

There were eight receivers who ran sub-4.4 second times in the 40-yard dash, Thornton’s 4.28 time was the fastest.

So, between Thornton’s speed and the Bears’ need to add wide receiver help to their roster, it makes sense that Chicago’s football team is meeting with the speedy Baylor receiver today:

Speed is cool. But have you tried utilizing it properly within an offensive scheme? Ideally, Luke Getsy would know what to do with a prospect like this one.

The thing about Thornton is that he doesn’t seem to be one of those popular prospects because he is fast. And that is a good thing. As we’ve learned in recent years with the types of receivers the Bears were bringing in under Ryan Pace, raw speed isn’t enough to make an impact at the NFL level. With that being said, Thornton appears to play to his testing numbers:

Electric deep ball/open field speed (below). Route quickness to uncover on in-breakers — will work into traffic. Threatens vertically to separate on boundary routes. Perimeter target in a pro offense.@NFLMatchup pic.twitter.com/nWkF9elrfk

Tyquan Thornton absolutely plays to his timed speed y’all. He could absolutely become an X in the league. I think his best football is in front of him. pic.twitter.com/x6nZddDZlI

Tyquan Thornton’s testing matches his tape. On a run-heavy offense, he was their big-play threat on shot plays.

He tracks the ball well and uses his length to pluck the ball from his frame. pic.twitter.com/ewYHZbmBly

We keep talking about size-speed WRs for the #Bears, but Baylor’s Tyquan Thornton isn’t mentioned enough.

6-2 weapon with long arms and 4.28 speed who’s a dangerous deep threat. If Poles doubles down on WRs, Thornton is a Getsy dream on Day 3. pic.twitter.com/BP81U8bz8b

It is also worth noting that Thornton earned honorable mention All-Big 12 honors and second-team all-conference recognition in 2021 while being Baylor’s leading receiver is notable. That combination of testing speed, production, and accolades sure makes him an intriguing prospect in our minds.

Yep, this sure looks like the type of player whose profile would check a bunch of boxes for GM Ryan Poles, his new offensive coordinator, and the rest of the Bears. And after striking out on adding that type of playmaker in free agency, unearthing someone who fits the bill in the draft would be a net win in the grand scheme of things.