Are the Bears Stepping Back Because They Don’t Believe in Justin Fields, or Simply Because the Roster Was a Mess? Skip to content 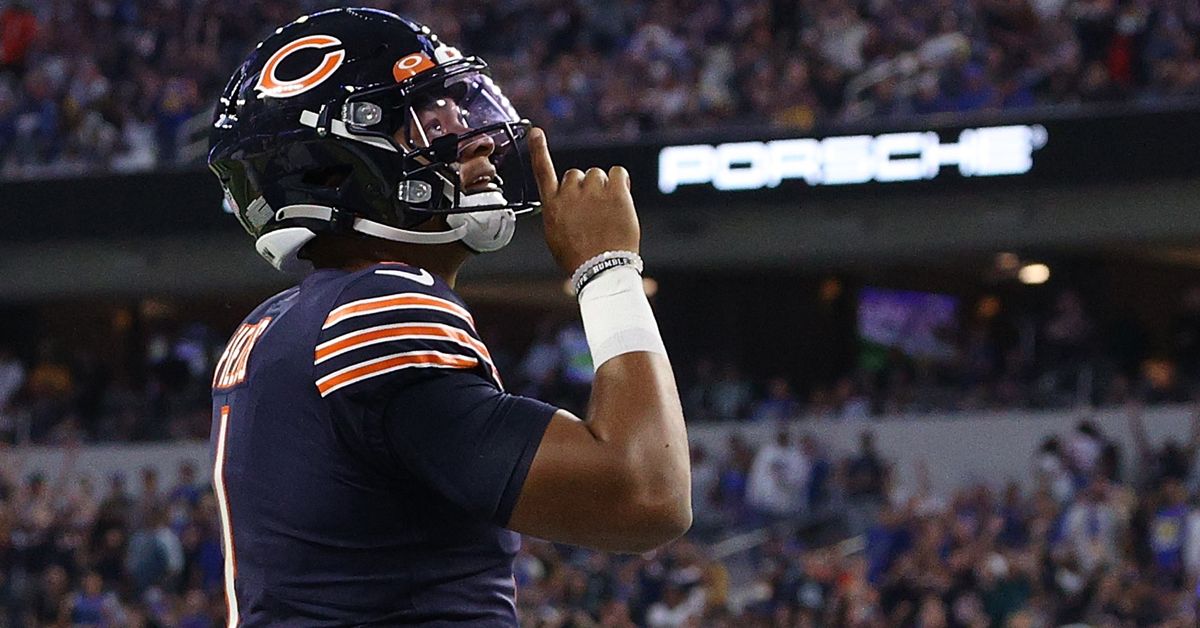 In an offseason where the biggest improvement to the Bears offense was simply the subtraction of Matt Nagy, there are going to be questions about what this franchise is doing to build around rising second-year QB Justin Fields. And in the opinion of Pro Football Talk’s Mike Florio, the lack of moves from the new regime reveals their belief that Fields is NOT the franchise QB of the future.

You’ll want to hear Florio’s explanation during his interview with Dan Bernstein and Leila Rahimi on 670 The Score for his reasoning.

Does new #Bears regime believe in Justin Fields? @ProFootballTalk: "It feels like the Bears are deliberately taking a step back. And the problem is usually teams do that when they don't have a QB they believe in."

It’s as simple as this: In Florio’s eyes, that the Bears actively taking a step back with their offseason moves is a sign this front office doesn’t like Fields. It is a bold stance to take. And one that I suppose someone can take based on what Chicago’s newly reworked front office has (and hasn’t) done to re-boot the offense.

But here’s the thing — Florio just might be full of it.

The Athletic’s Mike Sando recently checked in with NFL front office folks around the league to get a feel for what everyone is saying about each other. And there is one specific nugget from an anonymous executive that squarely goes against what Florio is hinting at (bold emphasis mine):

“They like Fields,” another exec said. “They are just getting out of their cap problems. Trading Khalil Mack helps. They are just trying to sign as many cheap players as they can, and then try to build with younger players through the draft.”

Just like that we should consider this drama squashed.

The Bears like Justin Fields. That’s a relief. The last thing this team needed to do was go into another obsessive QB search in an offseason where Mitchell Trubisky was the best available free agent and the draft class didn’t give much to write home about. But because of the mess former GM Ryan Pace left behind, the new regime feels like it is more important to prioritize getting out from the hell-scape that was the cap situation it was inheriting and pivot their efforts toward building through the NFL Draft.

Could the Bears have done more to this point of the offseason? Sure. But if this front office didn’t like Fields, wouldn’t they have tried to ship him off as quickly as they did Khalil Mack? It’s not as if there was a shortage of teams starving for quarterback upgrades this offseason (an offseason where Mitch Trubisky was one of the best free agent options …). Ultimately, this is where depth and context matter when forming an opinion. Don’t get me wrong. I understand where Florio is coming from. It’s just that the bark doesn’t have much bite behind it.

In the end, it is encouraging that league buzz hears this new front office thinks highly enough of a player it inherits from the one it replaces. Let’s keep it real with each other. These new-look Bears haven’t been shy about separating themselves from Pace-era dudes. Sure, the optics of an offseason in which the Bears haven’t brought in any impact offensive talent might say otherwise, but the Bears are into Fields. And I’m looking forward to seeing them act on it, just as I am excited to not have to entertain Florio’s irresponsible hypothetical any more.