There is a Growing Consensus Around the Bears Drafting ... A Cornerback (?) in Round 2 Skip to content 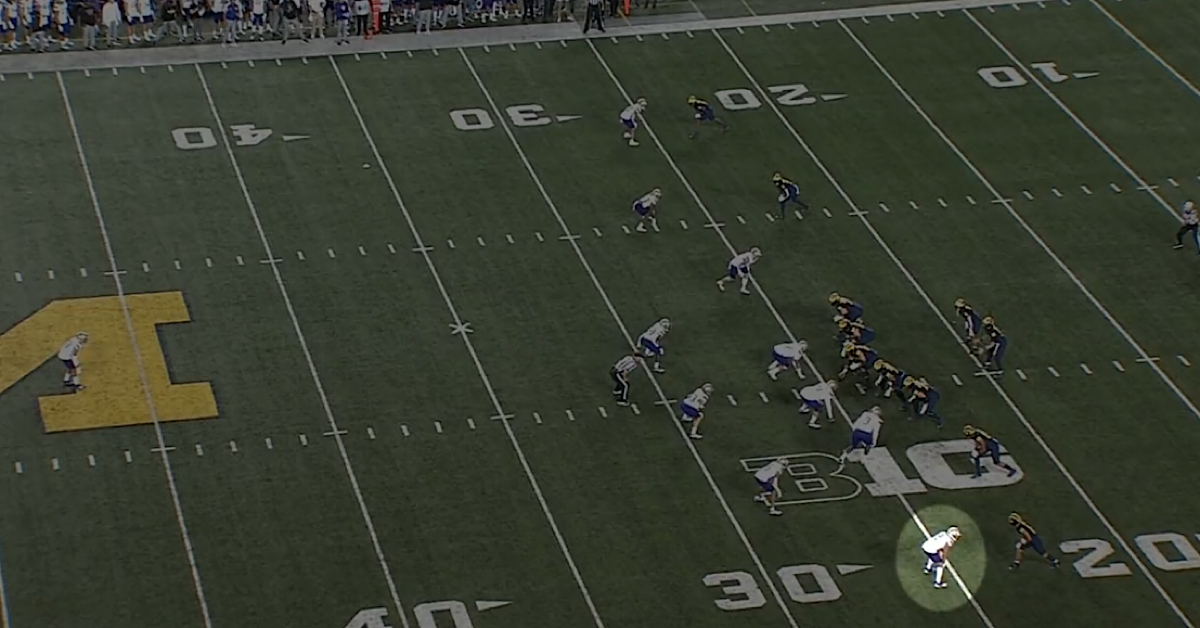 Mock drafts are more of an informative exercise than they are a predictive method. And, in all honestly, I’m fine with that because mock drafts serve an important purpose in giving perspective on team needs, possible targets, and ideal fits for both teams and players alike.

But when mock drafts this late in the pre-draft ramp-up start showing a consensus forming around a particular prospect, it grabs my attention. When said consensus building involves the Chicago Bears and a prospect who could be on their radar, it further. And when this prospect plays a position that isn’t the highest need, it successfully has my undivided attention.

The latest from long-time ESPN NFL Draft guru Mel Kiper Jr. has the Bears taking Washington cornerback Kyler Gordon with their first second-round pick, which is 39th overall. While Kiper offers up how the Bears could target an offensive tackle, receiver, or guard, he still envisions Gordon being the pick. And that’s saying something, considering how many fits at any number of other positions are still available when the Bears go on the clock. Even still … the Bears going with a cornerback in Round 2 shouldn’t be that jarring. After all, there is a Sears Tower sized question-mark at the starting cornerback spot opposite of Jaylon Johnson. It’s just that there is an unexpected wave of predictions linking Gordon and the Bears.

In addition to Kiper, NFL Network draft insider Chad Reuter lists Gordon as an ideal selection for the 39th pick in the 2022 NFL Draft. Meanwhile, Kevin Fishbain (The Athletic) has the Bears taking Gordon with their other second-round pick — which is 48th overall that came as part of the Khalil Mack deal. All of a sudden we’ve got the rule of three in play and a growing consensus around a cornerback prospect that I’m not sure I saw coming today. Because while Kiper and Reuter have their fingers on the pulse of the mock draft circuit, Fishbain works the Bears beat. And that should give him some additional insight and perspective as how the Bears could be operating on draft weekend.

And I can understand why:

Firm size/length at 6'0 200lbs. Explosive movements to recover/close windows. Press/Off. CB/NB Experience. I love how he stays on top of WRs – protects vertical & back shoulder++

Washington CB 2 Kyler Gordon putting on a clinic on how to read a receivers route and run it for him! Also love him highly-pointing the ball like it was thrown for him. The more tape I study of Gordon the more I like. He’s a lock as a Day 2 pick IMO. pic.twitter.com/2Tugas92Jm

Check out this play from Washington cornerback No. 2 Kyler Gordon. He comes off the edge and the pulling guard gets a good shot on him. Gordon somehow maintains enough balance to get back up and make the tackle on Hassan Haskins. #Bears could definitely use another CB. pic.twitter.com/uJTR2LU3tw

In short, the Bears grabbing Gordon with either of their second-round picks would satisfy desires to snag a first-round caliber prospect with a second-round pick. Gordon earned first-team All-Pac-12 honors for his efforts in 2021 and was all-conference honorable mention in the two seasons prior. So the Bears could be adding a quality player with a unique prospect pedigree. All while upgrading the secondary in a big way. This would be a major coup for first-year GM Ryan Poles. Even if it still leaves holes to fill on the offensive side of the ball. But, hey, the Bears still have five other picks to play with, so let’s not lose sight of that.