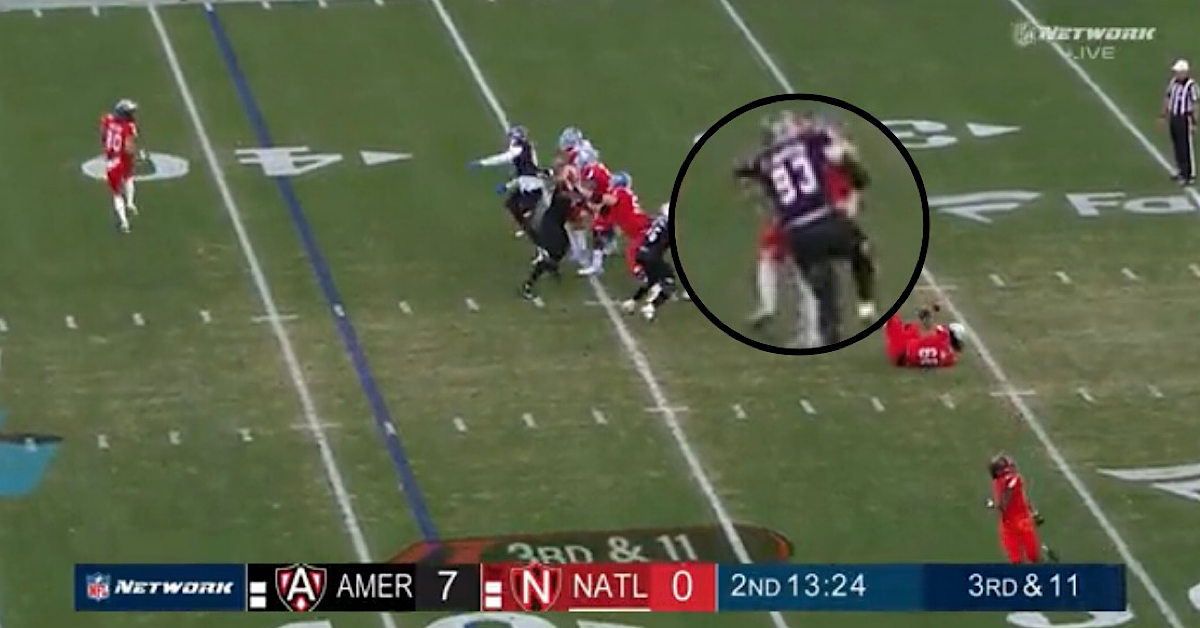 We’re still early in the feeling out process for first-year Bears GM Ryan Poles. But one early trend that’s easy to spot? His targeting of defensive players.

It began with the attempt at signing Larry Ogunjobi, which fell apart due to the defensive tackle failing his physical. But Poles didn’t let that misstep slow him down. The Bears followed up with successful additions of DT Justin Jones and DE Al-Quadin Muhammad to bolster the defensive line. And while Bears fans can sometimes default to hyper focusing on the “3” when it comes to building out this new-look “4-3” defense, we need to keep in mind that the “4” needs to be re-worked, too. Remember — that Bears front was previously built for three down linemen. And with that in mind, that Chicago has eyes on some intriguing defensive linemen ahead of the draft.

One of the more important (yet, underrated) factors in building out this defense is the deployment of edge defenders. In a four-down front, teams are using defensive ends in that role. And, if you’ll recall, the Bears’ three-down front had the Bears trotting out what essentially were pass-rushing linebackers. For what it’s worth, we did see Sean Desai lat year use Robert Quinn and Khalil Mack (when he was healthy) in a more traditional defensive end role. But with the move to the “40” front, I imagine we’ll begin seeing more traditional defensive end prospects on the Bears’ board.

Among them are Daniel Hardy, a defensive end with some eye-opening testing numbers:

At 6-2 and 235 pounds, Hardy is a bit undersized. And the previous regime might’ve put him in a pass-rushing outside linebacker role. But with the switch being what it is, and the Bears still bringing the Montana State in for a top-30 visit, they must really like what they saw on tape and with the numbers. But size ain’t nothin’ but some numbers when you’re looking at 16.5 sacks and 24.5 tackles-for-loss in your final year in college. If that kind of production can follow him to the pros, then Hardy could be a potential steal on draft weekend. Chicago’s defense could stand to get younger and more athletic.

Perhaps a potential Day 3 prospect like Hardy is just what this defense could use as a late-round development project.

Elsewhere in defensive line prospect visits, NFL reporter Aaron Wilson lists the Lions, Chargers, Saints, Colts, Packers, and Bengals as teams other than the Bears who have visits scheduled with the Missouri State product. But don’t let that Eric Johnson played at what was once known as the Division I-AA level before being re-branded as the Football Championship Subdivision fool you into thinking that guy can’t play ball. And don’t let Johnson’s role as an interior defensive lineman trick you into looking past him as a prospect. Because, as he showed at the Senior Bowl, he can get after it:

Even though there are obvious needs to fill on offense, the Bears could do well by plugging holes on the other side of the ball, too. Particularly along the defensive line. Clearly, Chicago’s front office believes this to be the case. Otherwise, it wouldn’t have been so aggressive in targeting Ogunjobi, Jones, and Muhammad in free agency. But because none of those players figure to be long-term pieces, the Bears would be wise to find potential multi-year fixtures in the NFL Draft. After all, if anyone knows how there are times that the best offense can be a supportive defense, it me, you, and every other Bears fan.