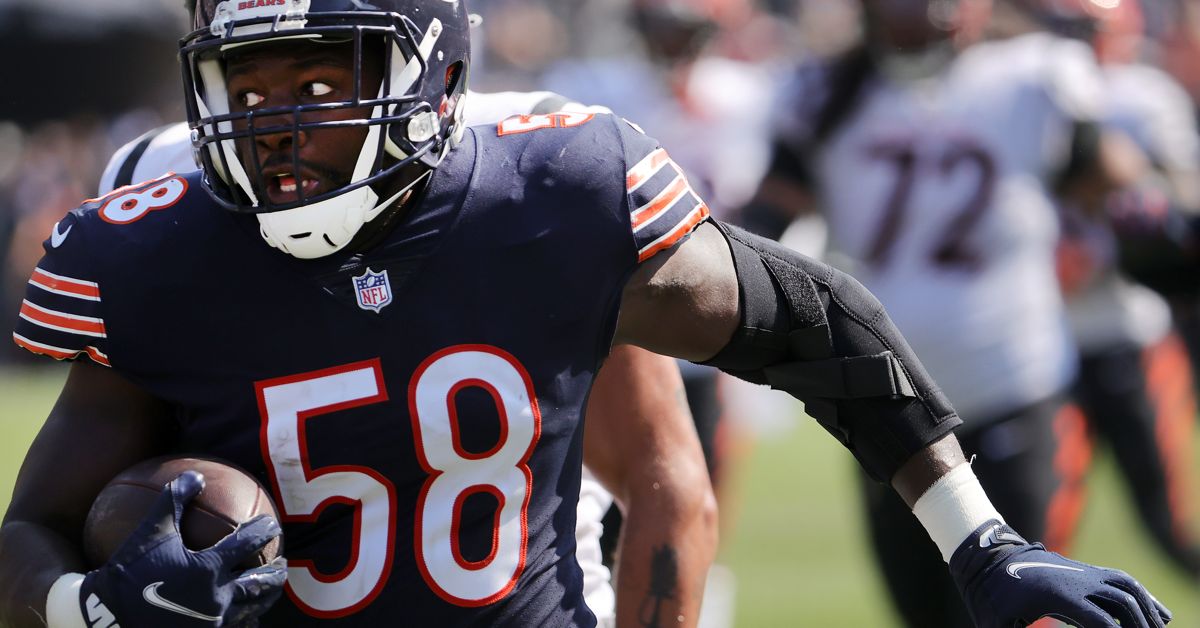 Deebo Samuel isn’t the only one whose long-term future with his current team is in question.

Locally, but far less dramatically, what happens with Bears linebacker Roquan Smith lingers in our mind.

It’s not as if we haven’t been discussing it for a while. In June 2021, we began exploring what such a contract might look like. One month later, the 49ers made Fred Warner the NFL’s highest-paid linebacker. Smith and Warner essentially play the same position, so we saw that as an important datapoint for a potential extension in Chicago. One month after the Warner extension, Colts linebacker Darius Leonard of his own. Leonard’s deal topped Warner’s in terms of total value, average per year, total guarantees, and full guarantees. In other words, the bar was raised *TWICE* last offseason without the Bears really doing anything.

And even though we’re eight months removed from those big deals coming through, an extension isn’t at the forefront of Smith’s mind:

Roquan Smith, who self represents, on managing doing what an agent does when he's in line for a contract ext: "It’s all personal at the end of the day. That’s just what I’m focused on. My main focus is out on the field and doing what I have to do and bond better with my boys." https://t.co/RUGmXXl6ts

To be fair, there is a whole lotta stuff on Smith’s plate right now. He is playing for a new, defensive-leaning head coach. And with a new coordinator calling plays. Smith has a new position coach, too. That makes three new names in as many years to go along with three consecutive seasons with a change at defensive coordinator. Oh … and he is set to play in a new scheme, too. And, because I really want to drive home the volume of changes, it’s a third different defensive philosophy Smith will be playing under. Let’s be real, Chuck Pagano and Sean Desai were different in their philosophies and intentions with their defenses. Alan Williams’ scheme will be a complete departure from both of those.

And to further add more intrigue, Smith is representing himself in negotiations. Meaning that in addition to the on-the-field changes Smith is experiencing from a player perspective, he is also working with a new general manager when it comes to contract stuff. Typing it all out and laying it out in this manner is quite the mental crunch. Can’t imagine what Smith’s brainpower does to compartmentalize it all.

Ultimately, Smith made one important note that should put folks at ease:

Roquan Smith says he 'absolutely' sees himself as a member of the #Bears long term.

Bears LB Roquan Smith asked if he wants to be here long term:

It is always a sense of relief when a player, in their own words, expresses the desire to stick around for a long time.

Considering the movement and shaking going on around the league right now, it is refreshing to hear when someone likes it enough to stay.