Receivers George Pickens, Christian Watson, and Alec Pierce are Generating Draft Buzz in Connection with the Bears Skip to content 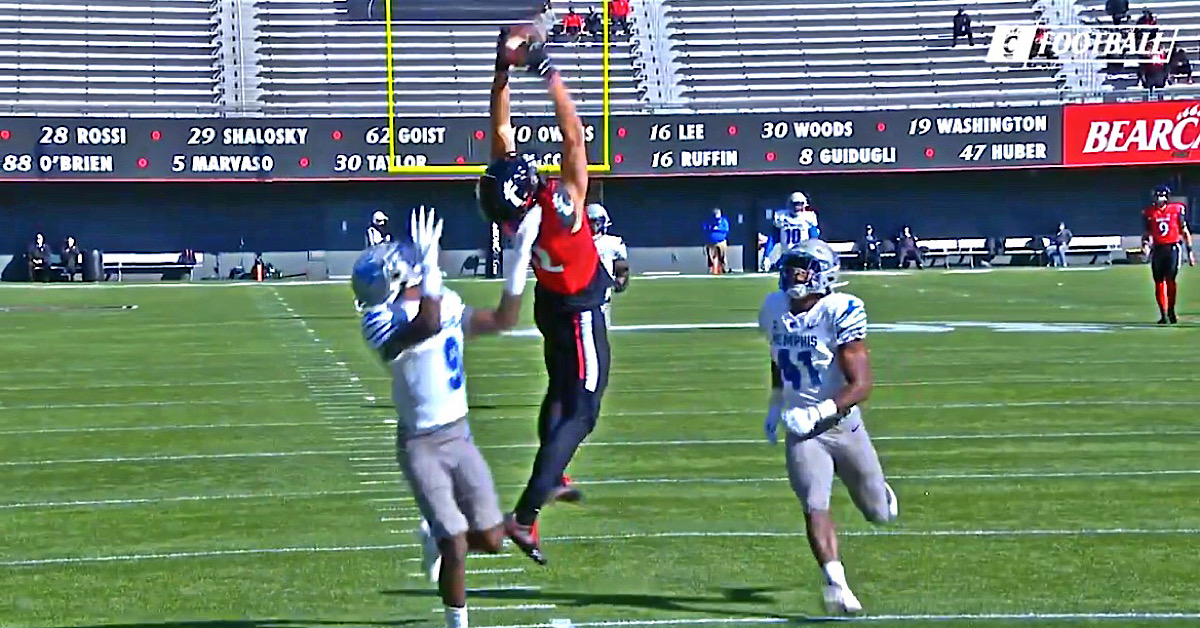 The 2022 NFL Draft is one week from tonight.

I’m excited, and I’m sure I’m not alone in feeling that way.

And even though the Chicago Bears do not have a first-round pick, we’re starting to gain some clarity as to the different paths they can take when they eventually go on the clock. More specifically, industry reporters are starting to hear names in connections with teams. Naturally, when it comes to the Bears, receivers appear to be top of mind.

Stacey Dales saying some of the “buzz names” in Chicago at WR are Pickens, Watson, and Pierce pic.twitter.com/Xp3LMhhK5z

George Pickens, Christian Watson, and Alec Pierce: Those are the receivers Dales name-checked in the video clip above. Get to know them while you can, because I feel as if we’ll be hearing them a lot over the next week or so leading up to the NFL Draft.

If you’re unable to listen to the audio where you are right now, it’s OK. We’ve got you covered:

•   “George Pickens is just buzzing in the Chicago area. If he doesn’t tear his ACL in the spring last year, this guy is a first-rounder. It’s the medicals. He’s got the size, he’s got the hands. And the medical issues will push him into the second round, very likely, but he is a big name.”

•   “Christian Watson, out of North Dakota State, we all understand the 40-time that he ran. Blistering speed for his size. His stock continues to rise.”

•   “Alec Pierce is another name that is buzzing around here, the wide receiver out of Cincinnati.”

"Trick or treat! Bearcats touchdown! What a grab!"

Desmond Ridder goes deep and Alec Pierce climbs the ladder in this week's Skilled Play of the Game––presented by Fujitec. pic.twitter.com/WIGDN7EV0a

This feels like a good place to link back to draft-eligible receiver fits we were exploring earlier today.

Dales also relayed that the Bears will have ample options to choose from on draft weekend. She also underscored how the team has needs at the position. That combination of a big pool to dive into and a need to fish something out that can help this offense is important to keep in mind as we sprint toward the NFL Draft. The Bears could very well double-dip at the position, using one of their two second-rounders on a receiver before circling back on Day 3. For what it’s worth, the Bears seem to be doing extensive homework on late-round possibilities at the position, which is something to keep in mind as we try to think along with first-year GM Ryan Poles.

To be clear, the Bears have six picks to work with in the upcoming draft. And they need to add receivers (among other positions) with these selections. Trading back to add more picks to take more swings would be ideal. But there is a reality that Chicago could stick with pick Nos. 39 and 48. If they do, one of the three receivers mentioned above could be a future Bear. Stay tuned.