If the Bears Insist on Taking a Running Back in the 2022 NFL Draft, They Should Wait Until Day 3 Skip to content 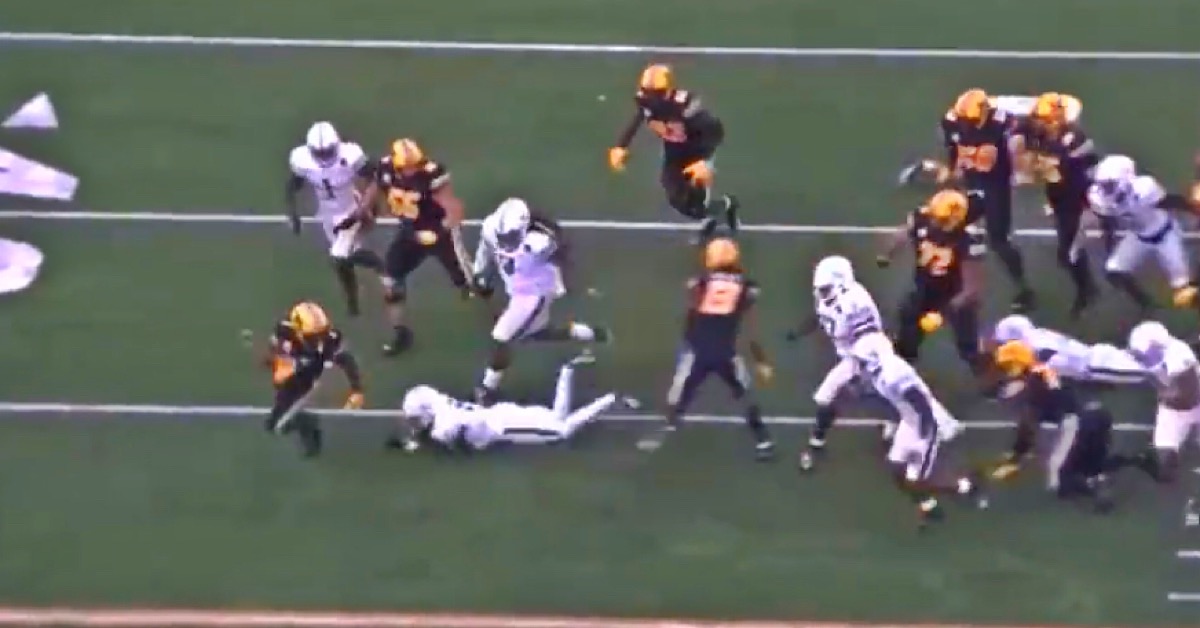 Here’s how the running backs stack up (points in parenthesis):

Round 3, Pick 71: Probably shouldn’t pick one here either.

Round 6, Pick 186: But seriously, with David Montgomery, Khalil Herbert, and Darrynton Evans on the roster, the Bears really don’t need to draft a running back.

If you’re not good at taking hints, let me be clear — I don’t love the idea of the Bears using one of their best picks on a running back. And so long as David Montgomery and Khalil Herbert are on the roster, there isn’t a good reason to use a top pick on a back — even if someone like Kenneth Walker or Breece Hall is on the board.

•   An April 14 mock draft by The Athletic’s Dane Brugler had the Bears plucking Notre Dame’s Kyren Williams with a Day 3 pick. More from that mock draft here.

Now, *THIS* comp interests me:

See some Tarik Cohen with Tyler Badie. Eager to see him in Mobile.

I realize the Bears have a different GM, head coach, and offensive play-caller in charge than when the team chose Cohen. But there is no denying Chicago’s football team was missing Cohen’s contributions. Versatility is king in the NFL, and Cohen’s versatility made him a valuable piece of the puzzle. Having one player who wore as many hats as Cohen did when he was healthy paid off for the Bears’ offense and special teams.

With that being said, Tyler Badie intrigues me. The Missouri product has a unique résumé, earning first-team All-SEC and second-team All-American honors last year. In addition to his experience as a feature back in 2021, Badie also has experience as a return specialist. That he lost just two fumbles on the 500+ carries he was given, Badie is the type of multi-purpose back who could be used as a role player early before garnering a longer look as he develops.