FINALLY, a WR: The Bears Draft Tennessee's Velus Jones Jr., Who Is an Absolute Speedster Skip to content 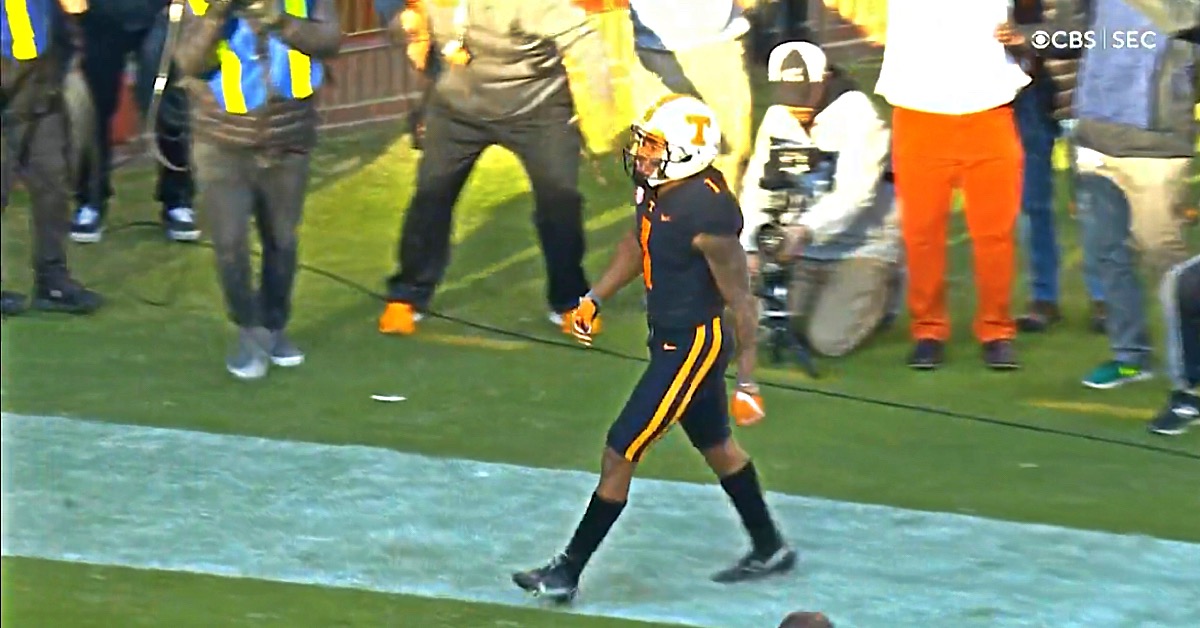 Waiting for the Bears to land some receiver help was kin to waiting out a test grade when you know you were barely studying the week before. But, hey, then you find out that somehow the results weren’t as bad as you were fearing.

A similar feeling of relief came over me when the Bears announced wide receiver Velus Jones Jr. was their third-round pick:

After drafting defensive backs with their first and second picks, the Bears got around to addressing a need at wide receiver. It’s about dang time.And they do so with their third second day pick in Jones, a speedster who could probably double as a return ace. After all, Jones was the SEC Special Teams Player of the Year in 2021. On top of that, he put up 62 catches, 807 receiving yards, and seven touchdowns. Nifty season for speedy pass-catcher. I can vibe with that. Double-dipping with at receiver who has return excellence on his résumé is a nice touch. Jones potentially a valuable piece of the puzzle with his multi-positional eligibility.

Seriously, this guy has some clips:

Velus Jones Jr. with the catch and 45-yard TD run for Tennessee.

I’m looking forward to diving into more in the coming days.

Unless the Bears unexpectedly trade back into Round 3, they’re done for the night. They’ll have three picks — Nos. 148, 150, and 186 — to wrap things up on Saturday. Of course, they could add more by trading back. And while that was something GM Ryan Poles was unsuccessful in doing on Friday, tomorrow is another day.