Eberflus and Sunshine, Changing of the Guard, NFL's Vegas Vacation, and Other Bears Bullets Skip to content 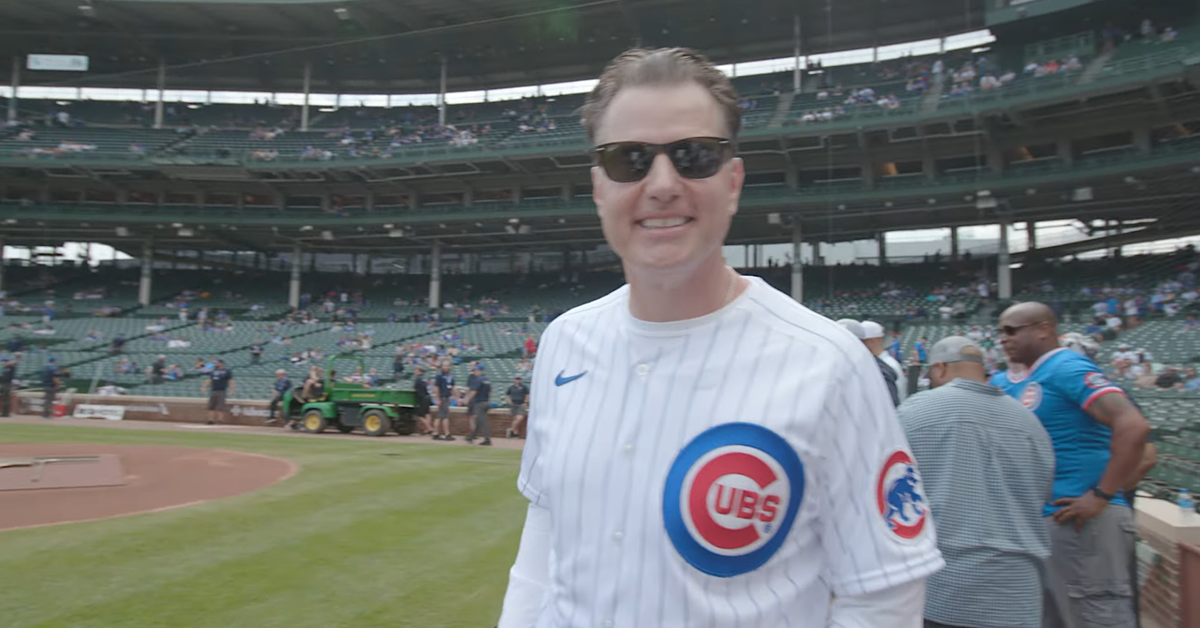 This is going to rock my socks:

They're coming. #ObiWanKenobi, a limited series, starts streaming May 27 on @DisneyPlus. pic.twitter.com/NOX2nj015X

May the Fourth be with you.

•   After highlighting the woulda-coulda-shoulda of drafts gone by, this graf in Dan Wiederer’s Tribune column perfectly encompass everything that is NFL Draft weekend:

Such aggravating flashbacks are available for the 31 other teams, too, providing mountains of evidence that the draft almost always equates to a pull on the lever of an old-school Vegas slot machine. It’s full of chance, a fingers-crossed exercise in dreaming. But as those columns are spinning, grand visions are not only encouraged but inevitable.

•   Vegas truly is the perfect place to hold the NFL Draft because it is a snapshot of what NFL Draft weekend has become — glitz, glamour, and the hope that taking as many spins as you can results in a huge cash out. There’s a reason I play the Wheel of Fortune machine as much as I do when I’m in a casino. It’s bright, colorful, and once in a while, I get to spin to win big. At minimum, your team should want to come away with players who will help tell great stories in the years to come. You know, just as you would when you come home from your Vegas vacation.

•   An updated list of still-available NFL free agents gives me the same feeling I get when I come home from Vegas remembering that I need to go grocery shopping. And that there isn’t a Fatburger, In-N-Out, or Bellagio buffet to hold me over for the time being.

•   Dan Pompei makes a point in this tweet, but I’m not sure it’s one he realizes he is making:

Jerry Angelo called him one of his best hires–and credited him for the drafting of Devin Hester. Phil Emery promoted him. Ryan Pace promoted him. There was no more loyal, passionate employee on the team. Somebody needs to explain how the Bears are better for firing Mark Sadowski

•   Mark Sadowski, whose most recent job in Chicago was as the team’s College Scouting Director, had a good, long run with the Bears. There is no denying that much. A local boy (St. Rita High School) does good story from its beginning to its end, Sadowski deserves a tip of the cap for his work. He climbed the organizational ladder for his hometown team and did well. But everything that starts must come to an end. And with a new administration calling shots, now makes the most sense when it comes to parting ways with members of the old guard. We often discuss the value of putting new eyes on old problems. And I feel as if we can acknowledge Sadowski’s hits, while also noting that this feels like a good time to bring in some fresh faces around Halas Hall.

•   I’m trying not to think about how the Phil Emery and Ryan Pace regimes that Sadowski served under came through with a grand total of two playoff appearances, two winning seasons, and zero playoff wins between 2012 and 2021.

Obviously, plenty can still change. But as of right now, the #Bears only have 1 pro scout & have the majority of their college scouting department still intact.

Appears GM Ryan Poles may want to focus on the pro side of the house as he reshapes his FO. pic.twitter.com/vU2jZfsel6

•   We’ve had jut one sunny day in Chicago over the past 42 days. Maybe it’s fitting that the new Bears head coach plays a prominent role in it:

•   Rick Telander (Sun-Times) explores Steve McMichael’s case for the Pro Football Hall of Fame. Mongo was a two-time first-team All-Pro, two time-second-team All-Pro, and a player with two Pro Bowl appearances in his 15 year career. His heyday with the Bears was elite, with his run from 1983-88 featuring top-notch stuff. That six-season stretch saw McMichael pick up 53 sacks while terrorizing quarterbacks and ball-carriers alike. I’ve loosened my stance on Hall of Fame requirements over the years because I think a more inclusive Hall means more players and stories to better tell the tale of the games we love. In other words, I’m all ears to any and all cases whose inclusion in the Hall of Fame makes for a better museum.

•   I’m old enough to remember the Olin Kreutz-Fred Miller situation. And I vaguely remember his issues with the Saints. But for this to be an issue in 2022 is problematic. And I hope Kreutz gets the help he needs to keep his emotions in check moving forward:

My "Dollars and sense" story on Olin Kreutz losing his temper and his job at CHGO. https://t.co/l8A6jXrvAK

•   The Bears aren’t taking their talents across international waters. Well, not this year at least:

•   How can you not be romantic about baseball?