The Peanut Factor, Big Brisker Energy, Rebuilding the O-Line, and Other Bears Bullets Skip to content 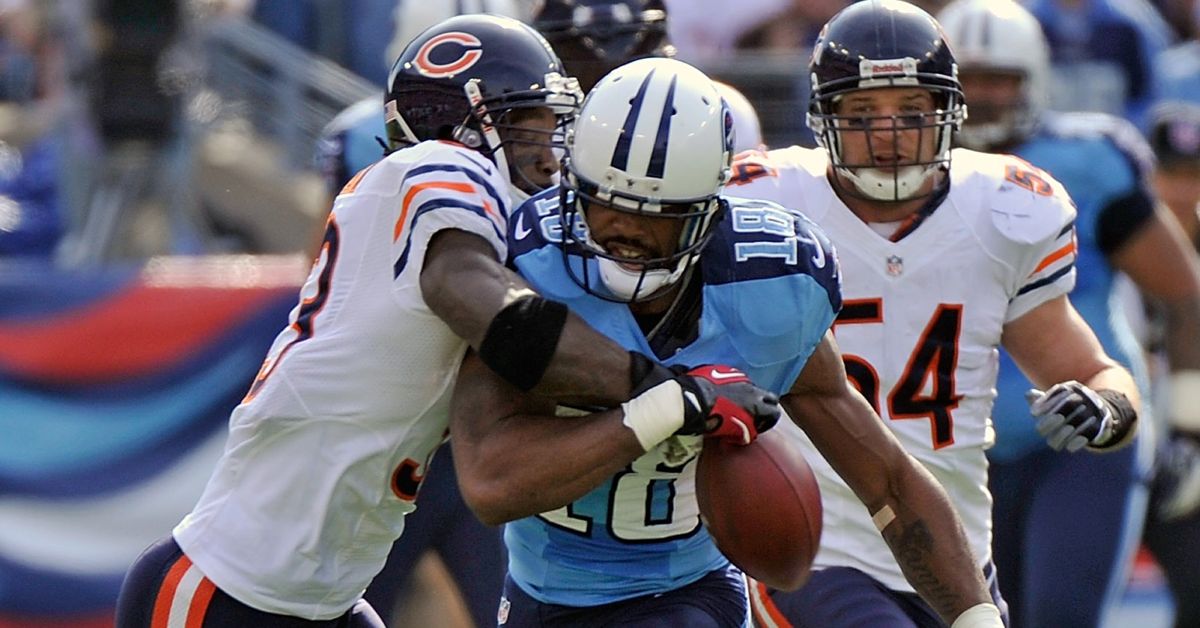 When I was younger, I had dreams of attending the Kentucky Derby. But for a while, I had a job that had me working on Derby Day. And I didn’t always have disposable income that would allow me to afford such a trip. So I never got around to doing it in my 20s. Part of me has outgrown wanting to make that trip, but a small part of me thinks that – if I can wrangle a few like-minded friends – it could be one of those fun destination trips with pals.

One day, I’ll make it happen.

Until then … let’s ride out with some Bullets.

•   I’m loving the energy that both of the Bears’ second-round picks are bringing upon their arrival to Chicago. And this from safety Jaquan Brisker has me geeked up:

Bears rookie safety Jaquan Brisker: "I feel like I’m an old-school safety. I love being physical, but at the same time, I can show my versatility in the back end. I can attack the ball, I can cover, and then obviously in the box, I love to hit."

•   You couldn’t script a Bears safety saying these things any better if it was written by Hollywood’s best and brightest. Name-checking Sean Taylor, Ronnie Lott, Ed Reed, and Troy Polamalu? Swoon. Describing that skill set. Oh, baby! But it’s not just that Brisker says these things, his college game tape shows it. And it is one reason I think Brisker can put a stop to the revolving door of safety parters playing alongside Eddie Jackson. Versatility, physicality, coverage skills, and a willingness to hit? Sign me the heck up for all of that from a Bears safety.

•   So … I guess bringing in Charles “Peanut” Tillman to speak with the rookies left a positive impact:

Kyler Gordon said they used to watch video of Charles Tillman at Washington and they practiced the Peanut Punch, so it was really cool when Peanut walked into the rookie team meeting yesterday. #Bears

•   There are times when bringing in someone from the old guard doesn’t land the way you’d want. It happens. But that they’re teaching the Peanut Punch technique at all levels shows how influential Tillman is to football. Tillman isn’t in the Hall of Fame yet, but he no doubt left a legacy that will last for as long as this game does. Which, to me, I feel like transcending football is something that gets you in that Hall of Fame conversation. Just saying…

•   As if you needed a reminder as to why the Bears didn’t shy away from drafting a pair of defensive backs with their first two picks, retired Bears standout Jerry Azumah — who was once a cornerback — captures the spirit of the thing:

When people ask me about why the #Bears chose to draft DBs for the first two picks, I show them this pic in my phone and they instantly get it. pic.twitter.com/b6mxpGw5CE

"Son, you are a bright light and have become a man of grace, who is wonderfully grounded, humble and so loving to all of those around you."

Hard not to get choked up watching Kyler Gordon read this letter from his parents. ❤️@kyler_gordon | @ChicagoBears pic.twitter.com/VYU2h8EcXb

•   It comes with the territory of having a new coach, but there certainly feels like there is a different energy surrounding the team as we kick start things:

Day 1 of Bears rookie camp is over. We'll hear from Matt Eberflus shortly. Couple observations:
-Probably the most vigorous rookie camp practice I've covered. Even tho team's in shorts/no pads, the level of intensity, finishing thru initial contact was emphasized and displayed.

•   As we enter Day 2 of rookie minicamp weekend, Alex Shapiro (NBC Sports Chicago) highlights three stories worth keeping tabs on over the weekend. There will be an obvious focus on the rookie draft picks, but I”ll be curious see which (if any) undrafted free agents make a splash. The Bears were aggressive in bringing in young players for the weekend, which will feature 69 players (mostly rookies and first-year types) at Halas Hall. No, they won’t all make the 53-player roster to start the season. But 53 players on the season-opening roster, plus 16 on the practice squad brings us to 69. So, Matt Eberflus is really getting his first tests as a head coach with a simulation of what a full deck would look like this coming year. That’s neat.

Bears rookie DE Dominique Robinson got his degree in psychology from Miami-OH while playing football full-time and is already close to completing his masters degree.

•   The Bears ranking 29th among 32 teams in expected pass protection rankings looks rough. But it feels … accurate. A group deemed subpar by many metrics in 2021 will start new players at left tackle, center, right guard, and right tackle in 2022. On the surface, fresh faces should make this group better. But there are so many unknowns with all the newbies, it is difficult to project too much optimism with this collection of blockers. Then again, Chicago is set to start with new players at four different spots along the line. Perhaps the combination of a different scheme, fresh blood, and different voices coaching them up can lead to the Bears beating expectations. After all, games are played on the field and not on spreadsheets or with algorithms.

•   A tip of the cap to Matt Eberflus for giving us so much meme potential so early in his coaching career:

Me looking at my credit card statement after a night out drinking: https://t.co/RwN23HNEoX pic.twitter.com/V1R2nav8KO

Us trying to remember all the UDFAs names pic.twitter.com/Mx6udZGay8

•   Another round of drama surrounding the Las Vegas Raiders is gripping the NFL. Here’s how it started:

Dan Ventrelle said he was fired by Mark Davis in retaliation to concerns he brought up of a hostile work environment within the organization, that were ignored. Then he brought them up to the NFL. He has retained legal council regarding his firing. #vegas #raiders #raidernation pic.twitter.com/jDzzdgmqtl

•   Former Raiders President Dan Ventrelle is handing down some serious stuff, alleging his firing was in retaliation for bringing attention to a problematic work environment within the organization. NFL Network insider Mike Garafolo reports that NFL spokesman Brian McCarthy says the league will “promptly look into the matter” — one it no doubt takes seriously.

•   Even with a successful move to Las Vegas, sparkling new stadium facility, high-profile free agency spending spree upon arrival, splashy moves with new coaches and players along the way, and a recent playoff berth, there always seems to be a dark cloud hovering above the Raiders.

•   Jon Gruden’s firing after a leak of offensive emails was a major storyline in the NFL’s 2021 season. And it continues as Gruden is suing the NFL and its commissioner, alleging “Soviet-style character assassination” because it’s only fitting to be a bit extra when it comes to these two football big shots. Henry Ruggs III’s involvement with a fatal car crash in which he was charged with DUI in Vegas was one of the league’s saddest stories. Damon Arnette, a 2020 first-round cornerback chosen by the Raiders, was released by the team after a troubling run with the team that included four crashed rental cars and an incident in which he was threatening people online that led to his release. It’s just … a lot. And I hope the NFL can wrangle the situation before it goes wholly off the rails.

•   On a lighter note, some things are bigger than football. This is a wonderful gesture from Washington Head Coach Ron Rivera:

•   One of the Bulls’ most pressing offseason dilemmas will be figuring out what to do with Coby White, a 2019 first-round pick who hasn’t lived up to where he was chosen in his draft class:

So Now What do the Bulls do with Coby White?https://t.co/PXuzOrDx0Q pic.twitter.com/iETyiwNymz

•   The United Center’s other tenants have an offseason to-do list of their own:

Here's how much the #Blackhawks can spend next yearhttps://t.co/Xjm4kKbntq

•   Let’s play two! Here’s the lineup for the first set of a twin-bill between the Cubs and Dodgers at Wrigley Field: