Tajae Sharpe Is Reportedly Signing With the Bears and Joining the Parade of Potential WR Helpers (UPDATE: Dante Pettis, Too!) Skip to content 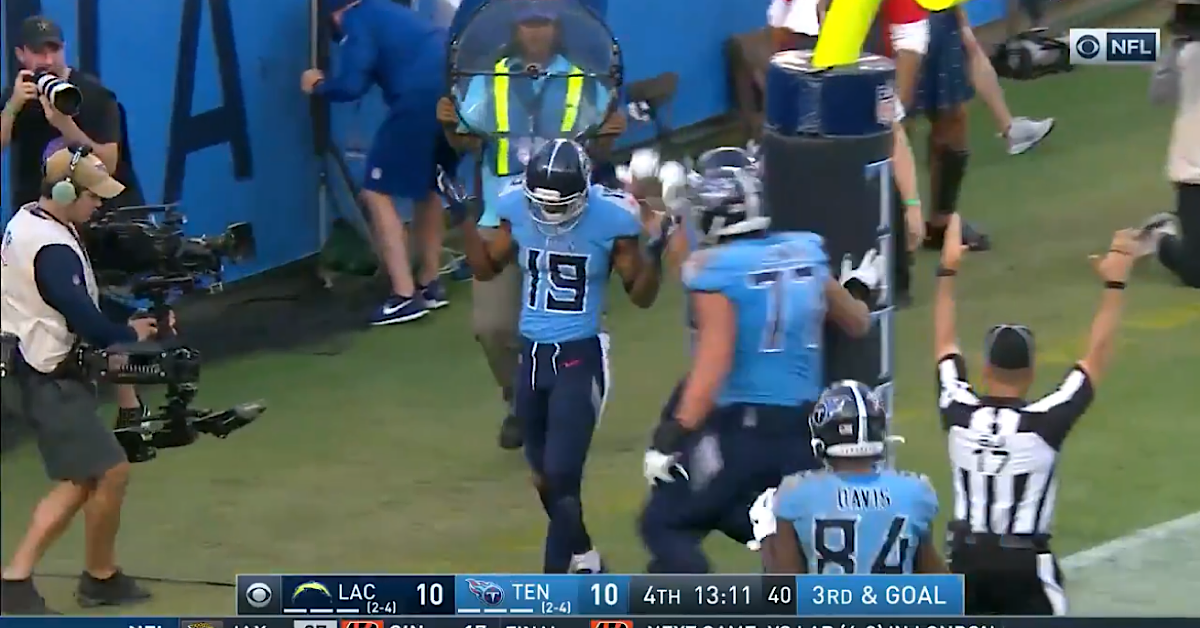 The Bears’ approach to helping Justin Fields with new receivers seems to be to be rooted in taking fliers on some fringe dudes who could play their way into bigger roles.

Sharpe, 27, was a fifth-round pick in 2016 by the Titans, a team he’d spend the first four years of his career with catching passes from the likes of Marcus Mariota, Matt Cassel, Blaine Gabbert, and Ryan Tannehill. The UMass product spent the 2021 season with the Falcons. And prior to that, Sharpe had a four-game cameo with the Vikings. But he didn’t catch any passes and was given just three targets. Ideally, he would quickly surpass those numbers in Chicago if he can earn a spot on the roster.

And judging by the assembled talent the Bears have in the receivers room, there will be opportunities to win a job. Especially if you’re someone like Sharpe, a five-year player who has 117 catches, 1,397 receiving yards, and 8 touchdowns in 66 career games. Sharpe has starting experience, too. The Titans gave Sharpe 23 starts in his first two seasons. And while he never replicated his rookie-year production — 41 catches, 522 yards — he could provide a stable floor as a WR4 for this offense. And with some upside, too.

This Lance Zierlein description from Sharpe’s NFL Draft profile has my attention:

Sharpe has the athleticism, hands and feel for space to work from the slot and the size and route acumen to work outside. It might take a year, but he has the talent and football character to become a productive NFL receiver.

All right. So … Sharpe isn’t a world-beater. And there isn’t an expectation that he’ll be a game-changer. But worthwhile depth never hurt anyone. Who knows, he could even help the Bears.

UPDATE — Bears got another one:

Dante Pettis was a draft crush of mine a few years ago. And I’m definitely intrigued by adding the option to the mix.